#EndSARS: UK Parliament Does Not Speak for the UK Government - FG Reacts to the Sanctions Debate

By InformationDrillers (self media writer) | 1 year ago

#EndSARS: British Parliament does not speak for the British Government - FG reacts to the sanctions debate 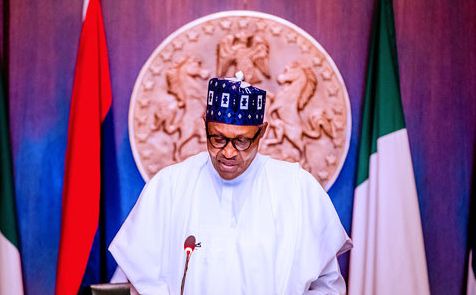 The Nigerian government said that members of the British Parliament do not speak for the British government, which is a further reaction to the ongoing debate on a petition calling for sanctions for the #EndSARS protest.

Foreign Secretary Geoffrey Onyeama made the German Government's position known when he addressed reporters in Abuja on Wednesday.

He indicated that the Nigerian Government is in contact with the UK and has informed the UK authorities of its version of the situation, in particular with regard to the shooting at the Lekki tollgate in Lagos.

"On the question of the UK Parliament, yes, we have contacted the UK Government on this issue.

He added: "So we are in contact with them and are committed to them, but of course, as in any democracy, MPs can express their views, but the most important thing is that a balanced picture is given to all before decisions are taken.

The Minister informed the House of Representatives' correspondents at the end of the 25th virtual session of the Federal Executive Council chaired by President Muhammadu Buhari in the Presidential Villa.

He also pointed out that he had recently visited his home state Enugu on the instructions of the President in order to take part in the #EndSARS protests with the young people and leaders.

The Minister revealed that the governors of the South East are already reaching out to their contemporaries across the country to ensure that the lives and property of the people in the region are protected during a crisis.

He added that the leaders had given assurances that they would do the same for the non-indigenous population in the southeast.

Onyeama's comments were in response to calls from British parliamentarians for sanctions against Nigerian authorities and security agencies for human rights violations and extra-judicial killings during the #EndSARS protests in various parts of Nigeria in October.

On Monday a British MP, Theresa Villers, informed lawmakers that some 220,330 people had signed an electronic petition and that they had a credible case.

The MPs had called on the British government to consider sanctions against Nigerian officials guilty of human rights violations during the demonstrations.

Content created and supplied by: InformationDrillers (via Opera News )