By OmoobaAlekuwodo (self media writer) | 19 days ago

The incumbent Governor of Rivers State, Ezenwo Nyesom Wike, is a vibrant political leader who has, immensely, contributed his part to the political developments in the Federal Republic of Nigeria. 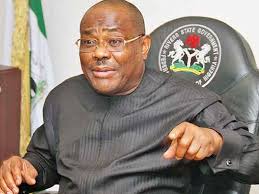 Ezenwo Nyesom Wike was elected as the Executive Chairman of Obio/Akpor Local Government Area of Rivers State for two terms between 1999 to 2007.

Interestingly, while serving as the Executive Chairman of Obio/Akpor Local Government Area, Ezenwo Nyesom Wike also served as Deputy President, Association of Local Governments of Nigeria, ALGON, in 2004 and was later elected the President of ALGON.

After serving his two term as the Chief Executive Chairman of Obio/Akpor Local Government Area, Nyesom Wike was appointed as the Chief of Staff at the Rivers State Government House, Port-Harcourt.

Surely, Governor Ezenwo Nyesom Wike is being expected to bow out of the Rivers State Governors Office on May 29th, 2023 when another Governor will be sworn-in in the state.

Considerably, there are two political positions that Governor Ezenwo Nyesom Wike may, probably, occupy after serving his second term in Office of the Governor of Rivers State.

One, Governor Ezenwo Nyesom Wike is being expected to vie for the vice presidential ticket of the opposition party, Peoples Democratic Party (PDP), in the 2023 General Elections.

Secondly, Governor Ezenwo Nyesom Wike may emulate some of his predecessors who have chosen to retire to the National Assembly after serving their two terms as Governors of their respective states.