By VlogMister (self meida writer) | 13 days 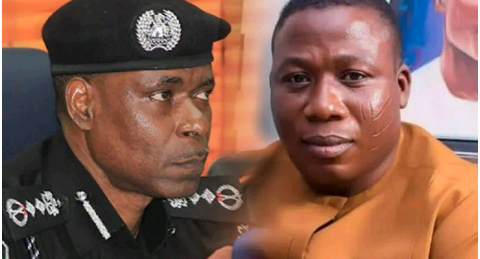 This, Saturday Punch, gathered that, IGP has ordered Sunday Adeyemo a.k.a Sunday Ighobo, into police custody but, the yoruba leader volunteerily, dishonored the invitation and told the police that, on what reason and what purpose are they ordering his arrest?. After the unsuccessful attempt to arrest Ighobo, the yoruba activist adviced the Federal Government to focus on capturing bandits and Boko Haram leader, Abubakar Shekau, as well as sending invitation to Islamic Cleric, Sheikh Ahmad Gumi, who have on more than one occasion been meeting with bandits and requesting amnesty for them.

Ighobo, admits that, he did not know why he was being targeted, ‘what have I done to deserve an arrest’, Ighobo questioned the Federal Government after his invitation into custody. Although, it's clear that the Yoruba leader, has been demanding the secession of yorubas from Nigeria, an idea that the Federal Government found offensive and discriminating. Arguably, his invitation by the Police force, might be in connection with his demand for the secession of the yorubas from the country.

The police are handling the matter carefully, because any plan to forcefully arrest Sunday Ighobo, would throw the region into chaos. His fellowers in the yoruba region would react violently if their leader is being taken away from them, especially when it has to do with an arrest.

A senior police officer who spoke to correspondent from this, Saturday Punch, explained the condition of anonymity surrounding Sunday Ighobo's arrest, he said: “The IG has been under political pressure to arrest Ighobo but some leaders from the South-West have also advised against Ighobo's arrest to avoid throwing the region into chaos. Ighobo has a large following which may react violently if he is arrested. The police authorities are in a dilemma over the issue but I think the IG succumbed to pressure from government hawks who are uncomfortable with Ighobo's trenchant calls for the disintegration of the country”, he said. 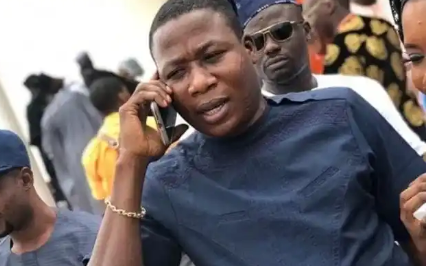 Sunday Ighobo, on Friday, confirmed the letter sent to him, but his security team dishonored the letter and refused to accept it, citing fear for the safety of the yoruba activist. Firstly, police attempted arresting Ighobo on February 26, but they failed after he was accosted by men of security operatives around Guru Maharaji bus stop along the Lagos-Ibadan expressway. Ighobo reveal that they were shooting at him and shooting ‘where is Sunday Ighobo? He identified himself and asked them what the problem was and they told him that he is under arrest but he rebuke them and told the police ‘not on my father's land will I get arrested’.

Speaking about the encounter with police in an interview with Saturday Punch, Ighobo said: “I was never invited. They just lay ambush for me at Guru Maharaji and started shooting. They started shouting, ‘where is Sunday Ighobo? I identified myself and asked them what the problem was. They said I was under arrest and I said, ‘for what? On my father's land? That was how it degenerated”, He said.

“When they noticed how tense everywhere was, they fled. They came in four Hilux vans and a Toyota Land Cruiser. They are bandits operating all over the place but people like me who are defending our fatherland are the ones you want to arrest, why?”.

Moreover, Ighobo insists that he hasn't been invited by the police and when asked, if he would honour an invitation from the police, he said, they should go and invite Gumi and Shekau first before they disturb him. Instead of him, they should go and face the bandits disturbing the peace of Nigerians.

He said: “I have not be invited. What have I done to warrant an arrest? Why do they want you arrest me? What have I done?. Go and ask them to invite Gumi and Shekau first before disturbing me. Let them face the bandits instead”.

When asked if he would go into hidout, if the police continue to manhunt him, he said: “What for? I am in the neibourhood. I cannot run”, he admitted. 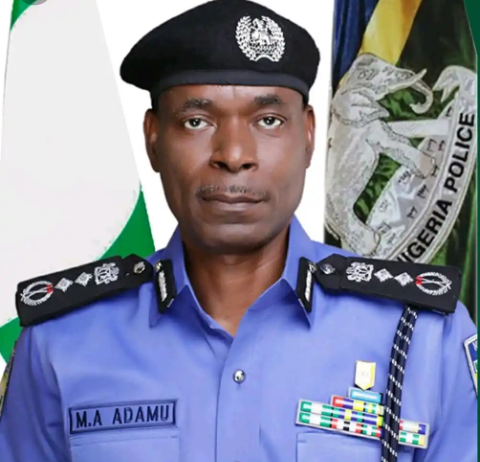 A Legal practitioner in Nigeria (SAN Chief Ifedayo Adedipe) have reacted to Sunday Ighobo's attempted arrest by the Police. He has told Inspector-General of Police, that Sunday Ighobo, has committed no violation against the Law. The SAN insists that, he don't know any of the law that interpret that, if a letter is being delivered to you, you could say no or you could accept it. He don't think that Sunday Ighobo has violated the law by refusing to accept the invitation letter from the Police, giving the circumstances in which the letter was delivered, one's have every reason to be afraid of accepting such letter.

SAN Adedipe, said: “I do not know of any law that says if a letter is to be delivered to you, you could say no or you could accept it. I would not say that he has breached any law by refusing to accept the letter from Inspector-General of Police. That is not a crime, because if you say something is a crime or is unlawful, there must be in existence, as the constitution requires, a specific law, whose components provisions are spelt out and penalty provided for non-observance of such law. So, if a letter is to be delivered to a man and he said, ‘I am not accepting the letter’, that is not an offence”.

He further added that, “If the Inspector-General of Police, wishes to Invite him [Ighobo], he could either put a call through to him or send one or two policemen to deliver the letter, and not send a group of nine men to deliver a letter. What kind of letter is that? Are they carrying an elephant? When you had to send a whole contingent, the man is right to be apprehensive”, SAN Adedipe concluded.

Your thoughts on Sunday Ighobo's Invitation by the IG of Police!!.