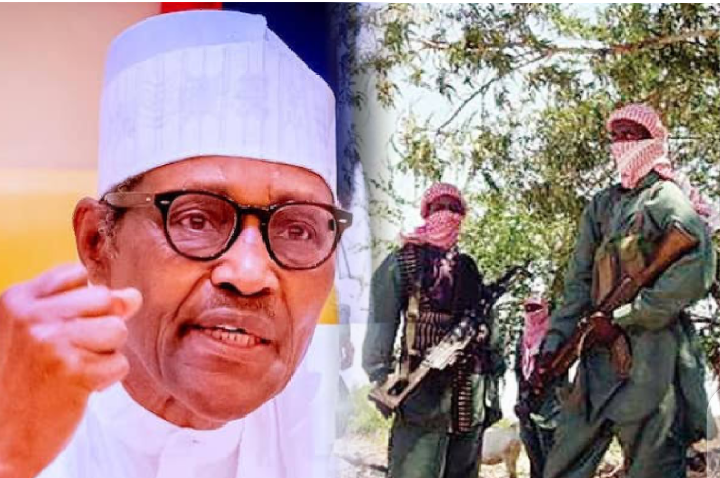 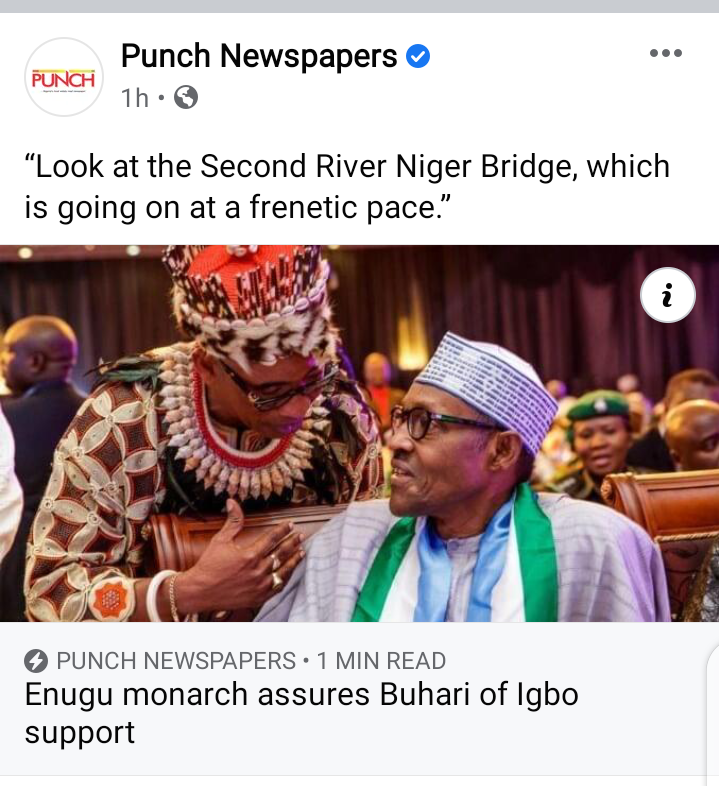 The monarch said this on Friday during his visit to the president’s Special Adviser on Media and Publicity, Femi Adesina at the Presidential Villa. He said that Buhari had done a lot for the South East in the last six years, highlighting the different ongoing projects in the region.

The statement quoted him saying, “Look at the Second River Niger Bridge, which is going on at a frenetic pace. Enugu International Airport has a brand new runway and is now in use."

Armed gunmen have abducted the village head of Banye in Charanci local government area of Katsina State during an attack on Friday night on the community.

The village head, Bishir Gide, is related to Bala Almu Banye, a federal Commissioner at the National Population Commission. 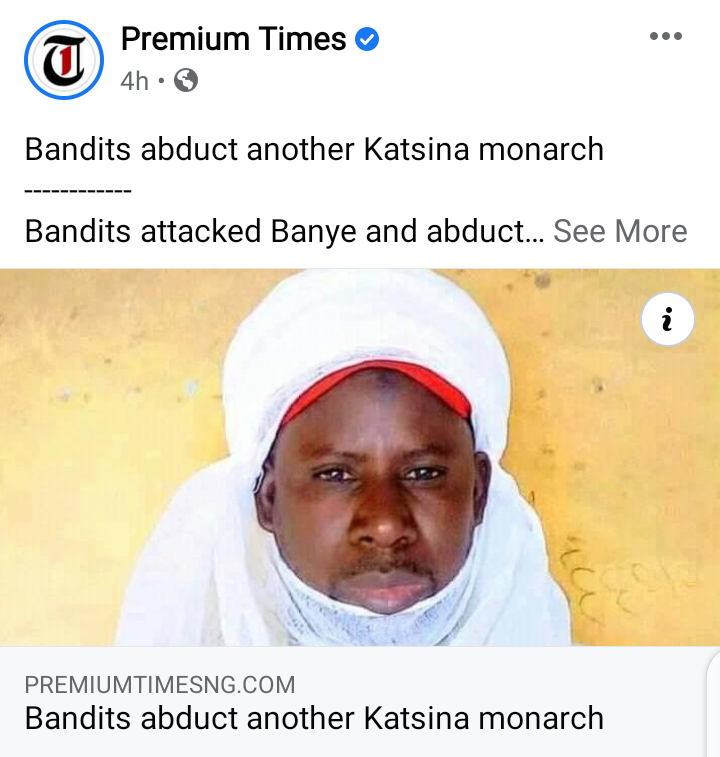 Details of the attack are still sketchy but a younger brother to the abducted traditional ruler, Nura Ishaq, confirmed the abduction.

He, however, said because of the telecommunications networks shutdown in the area, he could not ascertain how many people were abducted or killed.

Locals in Sokoto and Niger communities affected by telecommunication network shutdown imposed by the governments to fight rampaging bandits say they have been hit by the flip side of the security measure. 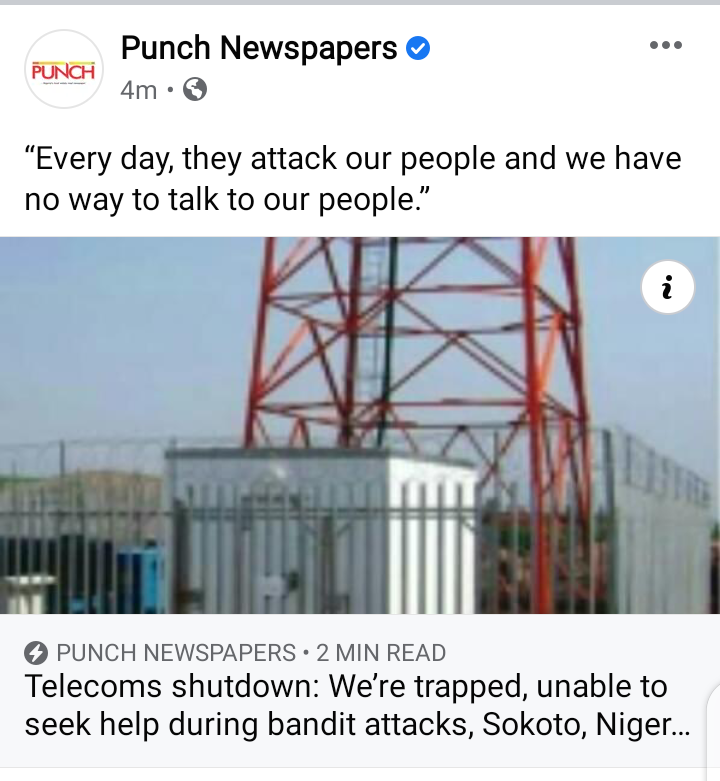 Residents of some of the vulnerable villages lamented that the attacks had worsened since the blockade of the mobile network, saying that they could no longer make distress calls or receive warning calls to escape impending attacks, The Associated Press reports.

The telecommunications blockade was imposed on September 3 in Zamfara State for an initial period of two weeks which was later extended. Although mobile phone service had been restored to Gusau, Zamfara state capital, rural areas remain cut off.

The Governor of Lagos State, Mr, Babajide Sanwo-Olu, has dismissed parallel congresses of the All Progressives Congress allegedly held by some elements as “mere naming ceremonies.”

The Chief Press Secretary to the Governor, Gboyega Akosile, disclosed this in a statement after the congress on Saturday which produced Pastor Cornelius Ojelabi as state chairman of the APC. 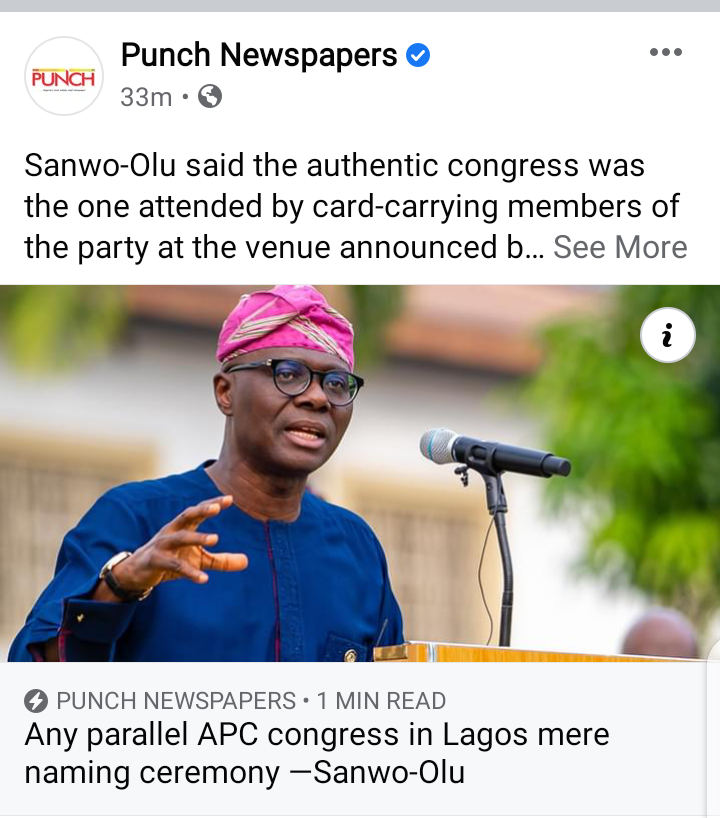 According to Akosile, Sanwo-Olu said the authentic congress was the one attended by card-carrying members of the party at the venue announced by the State Congress Committee and supervised by the Independent National Electoral Commission and the party’s national executive committee.

The Governor described the process as “simply decisive, non-controversial,” expressing his confidence in the new team that will be steering the party’s affairs in Lagos.