Here's Why Mr Macaroni Should Have Honoured Vice President's Invitation

By Olatunbosunsuccess (self media writer) | 19 days ago 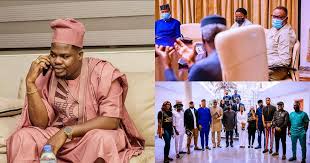 Nigerian comedian and activist, Debo Adedayo, popularly known by his stage name Mr Macaroni has told those who condemned him for not honouring the invitation of the vice president which was organised for the skit makers that he refused to go because he is not happy with the government. Mr Macaroni has been known to be a constant critic of this administration, and he said nothing has changed since the youths have been making demands.

According to the comedian while responding to those who questioned his decision yesterday said, "the reason I declined is simple. As a citizen, I’m not happy with our leaders and I do not want to associate with them. It’s ok if others believe that sitting with the government will change certain things and decide to try it out,". Meanwhile, some of his colleagues like Mariam Apaokagi popularly known as Taooma has come under heavy criticism for honouring the invitation, however, here's the reason Debo should have honoured the invite; 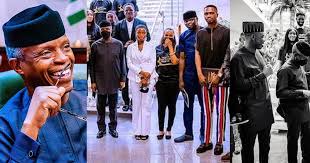 First of all, the vice president is a man who knows how to listen to the plights and complaints of the youth, this is evident in the way he has always associated with them, and it is evident that if everything were within his power, things would have been different. The few times that he had the opportunity of acting on behalf of the President, he made some impactful decisions that were allegedly responsible for why he has not been asked to act even if the president is not around.

Further from that, it was said that the first name on his lips at the meeting with the skit makers was that of Debo, he was reported to have asked " where is Mr Macaroni"? This is because the VP knew he would have something to say and would like to listen to him. 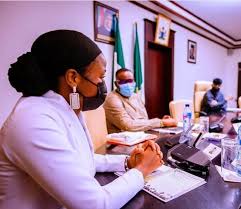 Finally, not honouring the invitation would not serve any purpose, he would have at least gone to further remind the VP of the needs of the Nigerian youths. And again, people would have seen that he has not stopped demanding good governance from our political leader.