By Brown-Conteur (self media writer) | 8 months ago

The united States president, Joe Biden, Will be meeting with the family members of late George Floyd, the black man that was killed by a white cop last year.

Remember that sometime last year, George Floyd was killed by a Minneapolis police officer after the cop knelt on his neck which made him suffocate to death.

His death caused a global protest. The Black Lives Matter protest which held in most cities across the globe was as a result of his death.

As part of his campaign promise, Joe Biden promised to reform the police as a measure to ensure such incident never happens again.

However, the police reform bill has been stymied by the US congress. As a result of this, the president will be meeting with the Floyd family to discuss the matter.

According to the news report by Aljazeera, the United States president will be meeting privately with Floyd family members. 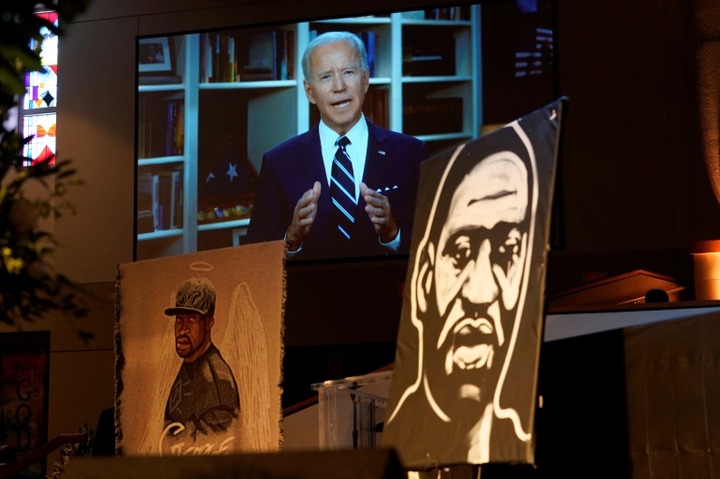 It was reported that Joe Biden first met Gianna at her father's funeral last year and since then has maintained a special relationship with the young girl.

The White House Press Secretary, Jen Psaki said the president has a genuine relationship with the Floyd family.