I Did Not In Any Respect Violate Any Law - Peter Obi

Peter Obi has dismissed a report by Premium Times, which disclosed that the former governor had concealed a number of offshore businesses and investments when he was at the helm of affairs in Anambra State. 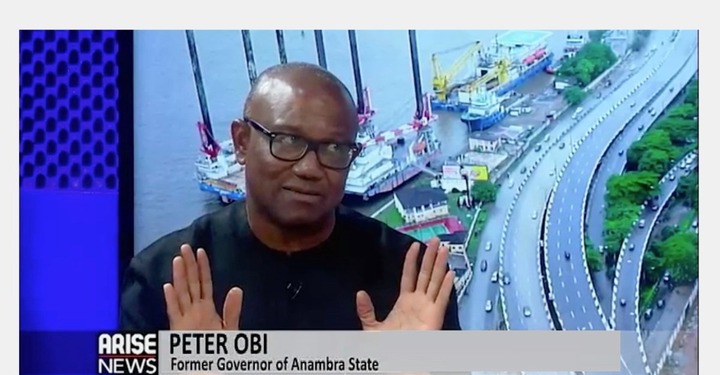 Peter Obi, the former governor of Anambra State, has been hard forced to dispute the disclosures about his secret international business connections since local media outlets began publishing the leaked Pandora Papers.

The Pandora Papers, like other document leaks, have helped to expose hidden fortunes in offshore tax havens and, in certain cases, money laundering by some of the world's most influential people.

Obi may have violated the Code of Conduct Bureau and Tribunal Act by failing to declare his or his family's beneficial ownership in the assets, according to Musikilu Mojeed, editor-in-chief of Premium Times.

Mojeed, who appeared on the show last week, went on to say that the former governor broke the Nigerian Constitution by maintaining a foreign bank account while in office, and that he may have hidden his offshore investments to avoid paying taxes.

Obi, a Vice Presidential candidate in the 2019 elections, joined ARISE News to give his side of the story on the allegations made against him by Premium Times. He claimed he did not in any respect violate any law.