By LadieFunkky (self media writer) | 11 months ago 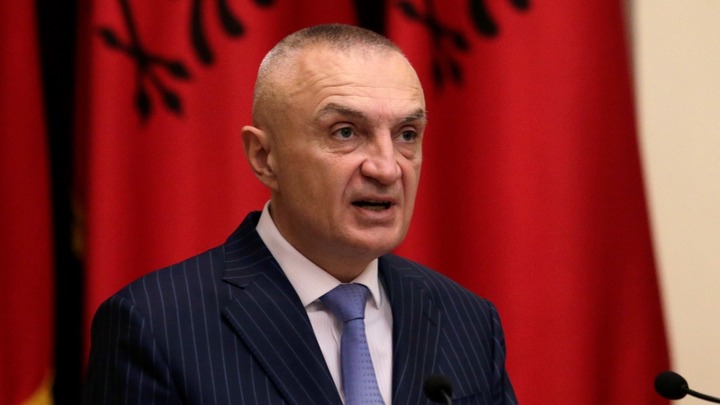 The President of Albania, Ilir Meta has been impeached by the Nation's Parliament for reportedly violating the country's constitution. Albanian Parliament on Wednesday voted for the impeachment of Meta after series of accusations (Constitution violation) had been levied against him. 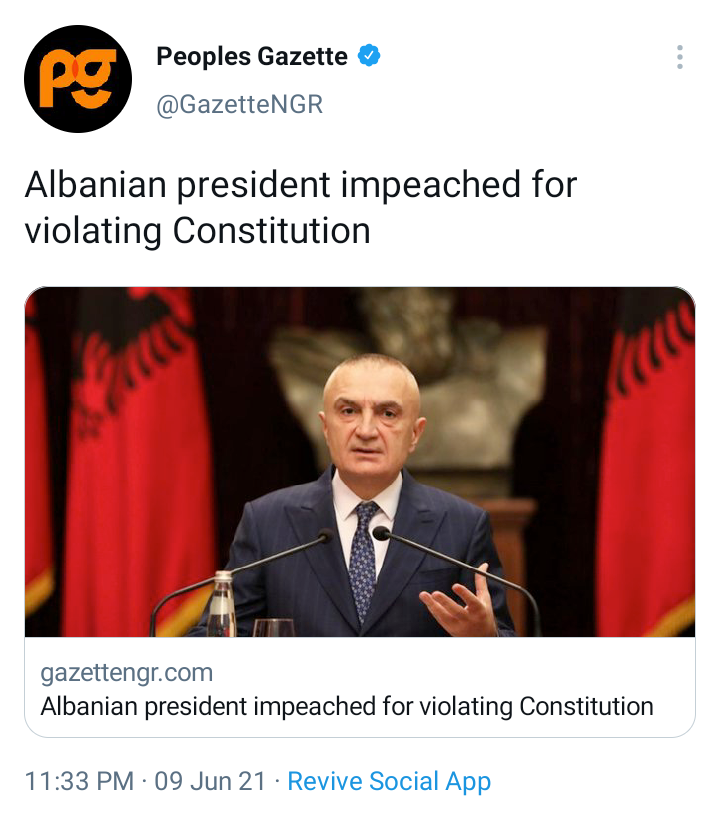 Out of the 104 Parliament members, 94 voted against Meta, 7 voted in his favor while 3 were absent. According to the investigative reports carried out, it showed that Meta had violated the constitution with his biased approach against the ruling Socialists during the April 25 parliamentary electoral campaign. The final approval for the impeachment move will however come from the Albanian Constitutional Court in three months time. The news has since sparked reactions since hitting the internet as it's a bold thing for parliamentary to impeach a President, a country's Constitution must be protected and respected because it is the rule book that guides all arms of government in ruling a country.