Top 10 most educated presidents in Africa 2020

By MrBeast7 (self media writer) | 2 years ago

Welcome once again and thanks for reading my article, the Last article was about discovering the beautiful cities in East Africa. So In this post I we shall be taking a look at the Top 10 Most Educated African president. The leaders of a nation play a great role in deciding the future of the nation and are responsible for the nation's progress. A nation can progress only through decisions of learned and educated leaders. Many nations fail because they have leaders with less knowledge and intellect to make the right decisions for the country. Intelligence and education are indispensable components of good leadership. According to plato one of the ancient philosophers, it is believed that a learned leader stands a better chance of doing well more than his educated counterpart. Although African countries are rated as under developed countries with sometimes less than general average literacy level, we see a lot of the most highly educated leaders coming from Africa. Over the years Africa has had some of the most educated presidents in the world and here are the current ones But before we dive into the countdown if you are new here welcome, be sure to follow me so you get a notification so you don't miss any of my posts. Here are the top 10 most educated African presidents in 2020. 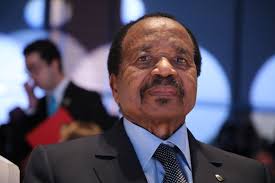 10. Paul biya - President of Cameroon Paul Biya is the second president of the Republic of Cameroon haven't assumed office since 1982 and for more than 36 years he has been at the helm of the country. He was born in Mvomeka'a a small village in the South Region of Cameroon. He studied at the Lycée General Leclerc in Yaoundé where he obtained a baccalaureate, and in France at the Lycée Louis-le-Grand, Paris, going on to the Institute des hautes études d'Outre-Mer, where he graduated in 1961 with a Higher Education Diploma in Public Law. He is currently one of the most educated presidents in Africa as well as the second longest serving president in Africa. 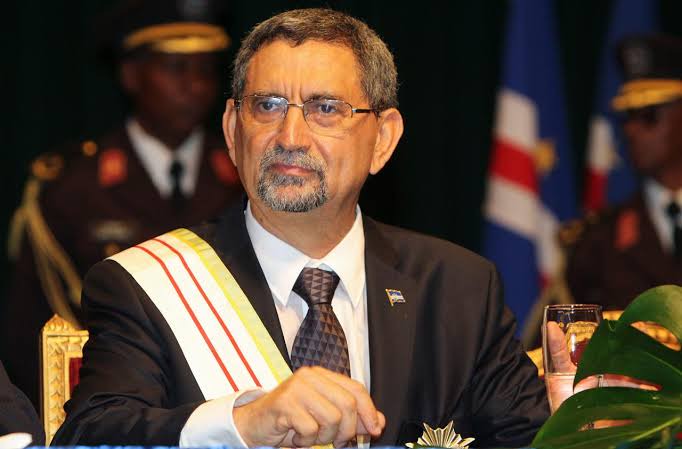 9. Jorge Carlos Fonseca - President of cape Verde Jorge Carlos Fonseca is a Cape Verdean politician, lawyer and university professor who has been President of Cape Verde since 2011. He served as Minister of Foreign Affairs from 1991 to 1993. Supported by the Movement for Democracy, he won the 2011 presidential election in a second round of voting. Jorge Fonseca completed primary and secondary education between Praia and Mindelo, and later, his higher education in Lisbon, Portugal. He has a Bachelor degree in Law from the university of Lisbon in Portugal and a Masters Degree in Legal Sciences Faculty of Law, from the same university making his one of the most Educated current African Presidents. 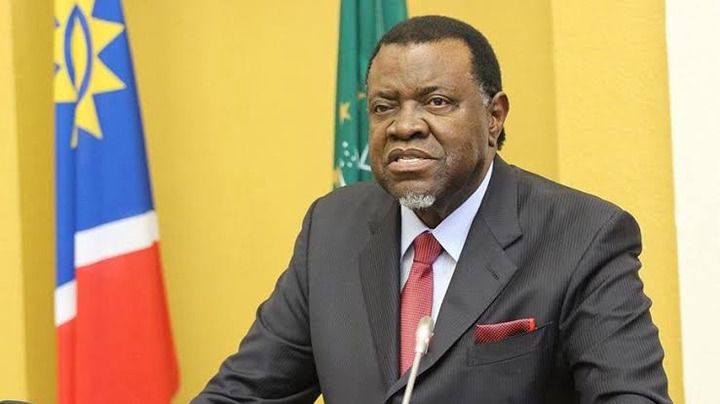 8. Hage Geingob President of Namibia Hage Gottfried Geingob is the third and current President of Namibia, he has been in office since 21 March 2015. Geingob was the first Prime Minister of Namibia from 21 March 1990 to 28 August 2002, and served as Prime Minister again from 4 December 2012 to 21 March 2015. He received his early education at Otavi in South-West Africa under the Bantu Education System. He joined the Augustineum, where most of today's prominent political leaders of Namibia were educated. President Geingob has a Bachelor of Arts degree from Fordham University, New York and a Master of Arts in International Relations from Graduate Faculty of The New School, New York. 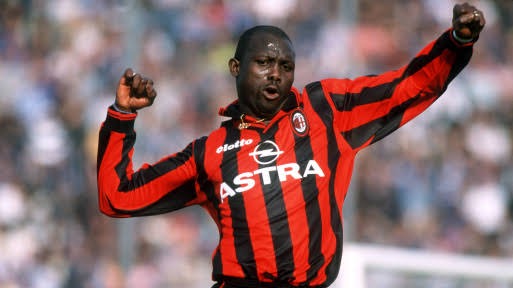 7. George weah - President of Liberia George Manneh Oppong Weah is a former professional footballer currently serving as the 25th President of Liberia haven taken office since 2018. Prior to his election to the presidency, Weah served as Senator for Montserrado County. During his football career, he played as a striker and is the first and only African player to win the FIFA ballon dor. Weah attended Muslim congress and High School at Wells Hairston High school, He has BA in Sports Management from parkwood university in London. George weah also has a Degree in Business Administration from Devry university Miami and a Masters degree in management from Kellers graduate school of management putting him on the list of the most educated presidents in Africa. 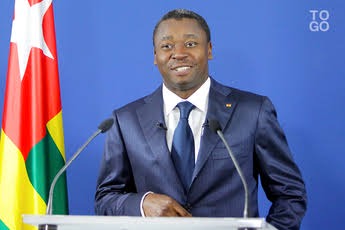 6. Faure Essozimna Gnassingbe - President of Togo Faure Essozimna Gnassingbé has been the President of Togo since 2005. Before assuming the presidency, he was appointed by his father, President Gnassingbé Eyadéma, as Minister of Equipment, Mines, Posts, and Telecommunications, serving from 2003 to 2005. Gnassingbé received his secondary education in Lomé before studying in Paris at the Sorbonne, where he received a degree in financial business management. he subsequently obtained a Master of Business Administration degree from The George Washington University in the United States. 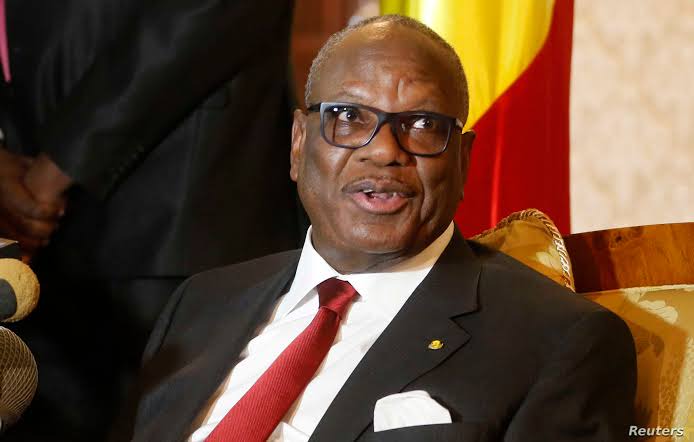 5. Ibrahim Boubacar Keïta born 29 January 1945, he is often addressed as IBK, is the incumbent President of Mali since 2013. He was Prime Minister of Mali from 1994 to 2000 and President of the National Assembly of Mali from 2002 to 2007. He studied at the Lycée Janson-de-Sailly in Paris and Lycée Askia-Mohamed in Bamako, continuing his education at the University of Dakar, the University of Paris I and the Institut d'Histoire des Relations Internationales Contemporaines (IHRIC; Institute of the Modern History of International Relations). He has a Master's degree in History. 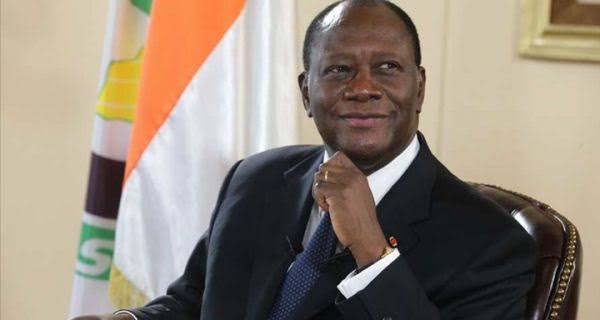 4. Alassane Dramane Ouattara is an Ivorian politician who has been President of Ivory Coast since 2010. born 1 January 1942. He is an economist by profession. Ouattara worked for the International Monetary Fund (IMF) and the Central Bank of West African States. He received a bachelor of science degree in 1965 from the Drexel Institute of Technology, which is now called Drexel University, in Philadelphia, Pennsylvania. Ouattara then obtained both his master's degree in economics in 1967 and a PhD in economics in 1972 from the University of Pennsylvania. 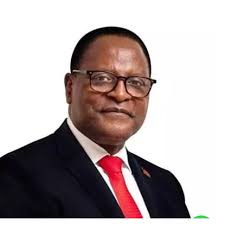 3. Lazarus McCarthy Chakwera (born 5 April 1955) is a Malawian theologian and politician who became President of Malawi in June 2020. In addition to serving as President of Malawi, he also gave himself a cabinet portfolio as Minister of Defence. Chakwera graduated with a Bachelor of Arts (Philosophy) Degree from the University of Malawi in 1977. He studied theology and gained an Honours degree from the University of the North in South Africa and gained a master's degree (MTh) from the University of South Africa in 1991. The Trinity International University in the United States awarded him a doctorate (D. Min) in 2000. He became a professor at the Pan-Africa Theological Seminary in 2005. 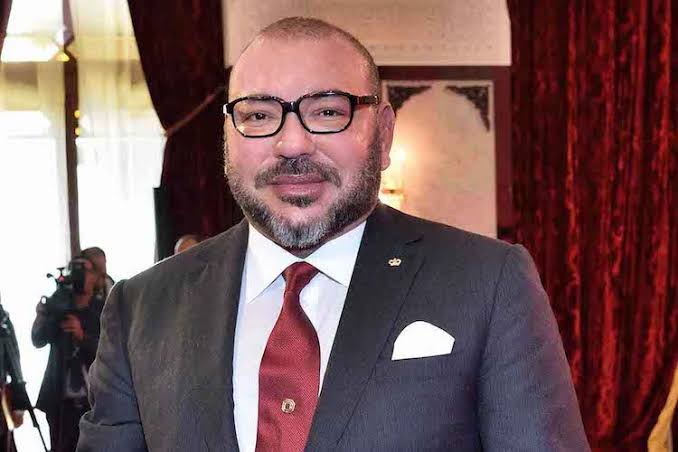 2. Mohammed VI (born 21 August 1963 is the King of Morocco. He is a member of the Alaouite dynasty, who claim descent from Muhammad. He ascended the throne on 23 July 1999 upon the death of his father, King Hassan II. Mohammed completed his first primary and secondary studies at Collège Royal and attained his Baccalaureate in 1981, before gaining a bachelor's degree in law at the Mohammed V University at Agdal in 1985. In 1987, Mohammed obtained his first Certificat d'Études Supérieures (CES) in political sciences, and in July 1988 he obtained a Diplôme d'Études Approfondies (DEA) in public law. Mohammed obtained his PhD in law with distinction on 29 October 1993 from the French University of Nice Sophia Antipolis for his thesis on "EEC-Maghreb Relations. 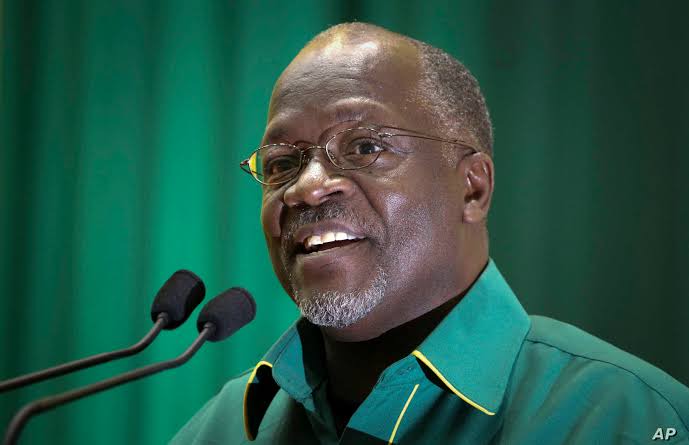 1. John Pombe Magufuli is a Tanzanian politician and the fifth President of Tanzania, he been in office since 2015. He is also the chairman of the Southern African Development Community. Magufuli earned his bachelor of science in education degree majoring in chemistry and mathematics as teaching subjects from the University of Dar es Salaam in 1988. He also earned his masters and doctorate degrees in chemistry from The University of Dar es Salaam, in 1994 and 2009, respectively. In late 2019, he was awarded an honorary doctorate by the University of Dodoma for improving the economy of the country.

With this I have come to the end of the article, I will I appreciate your comments below on what you think. Also tell us if you can see your president on the list.