The causes of the disagreement between Awolowo and Akintola

By Oeminently (self media writer) | 27 days ago 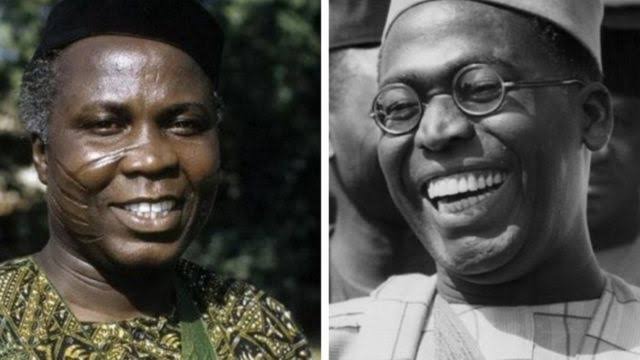 The following factors contributed to the rifts between Awolowo and Akintola:

Personality clash: There were differences of opinion and personality clash between Chief Obafemi Awolowo, the leader of Action Group political party and Chief Samuel Ladoke Akintola, the deputy leader of Action Group. Action Group as a political party adopted a new ideology which is democratic socialism, prescribing a mixed economy whereby it would combine elements of public and private enterprise for national economic growth. Akintola's supporters countered the new ideology, in which some viewed as a disrespectful act against the leader of the party.

Moreover, after the issue of personality clash and creation of faction by Akintola. The crisis between the two political figures forced the federal government to declare state of emergency in Western Region and Dr Majekodunmi was appointed as the administrator of the region. After six months of state of emergency, Akintola which SirAdesoji Aderemi (the Governor of Western region) had removed from the position of Premier, was reinstated as the premier of Western region. However, Chief Obafemi Awolowo was arrested for plotting to overthrow the federal government and as a result, he was sentenced to ten years imprisonment.

In conclusion, the Action Group crisis of 1962 led by both Akintola and Awolowo was one of the causes of the outbreak of violence and civil disorder in Western Region in 1965. Despite the issue of Action group crisis that happened between Chief Akintola and Chief Awolowo, the contribution of the two of them can never be forgotten in the history of regional government in Nigeria.