What PDP Governors want from Secondus-Makinde 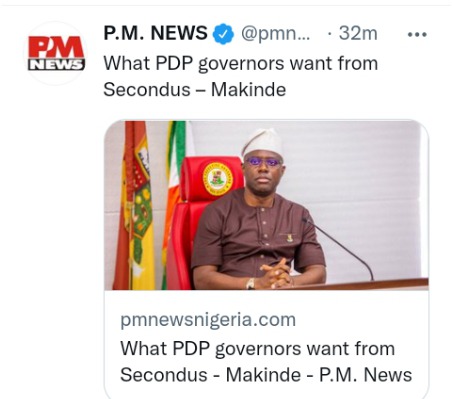 Makinde stated this on Thursday while featuring on Politics Today, a current affairs program on Channels Television.

He denied that members of the Peoples Democratic Party Governors’ Forum were mounting pressure on Secondus to withdraw his case against the party from the court. 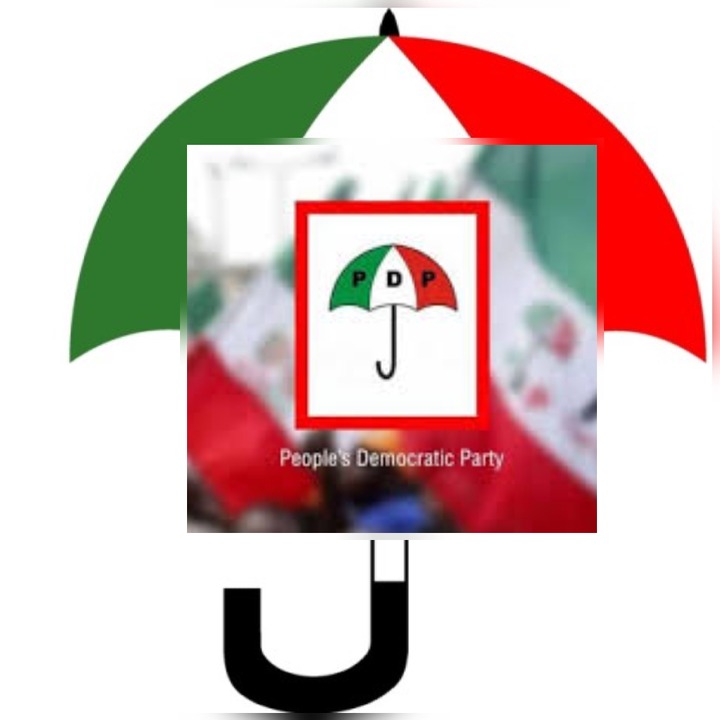 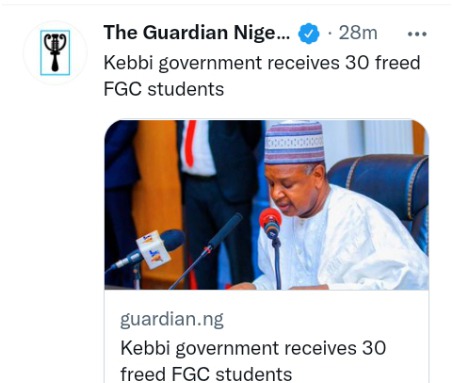 While addressing the students at Government House, Birnin Kebbi, Governor Abubakar Bagudu, thanked God for their release and urged the students to take their abduction as a trial from God.

Bagudu said efforts were still ongoing to secure the release of the remaining students.

He directed that the students should undergo medical screening and be supported before they’re reunited with their families. 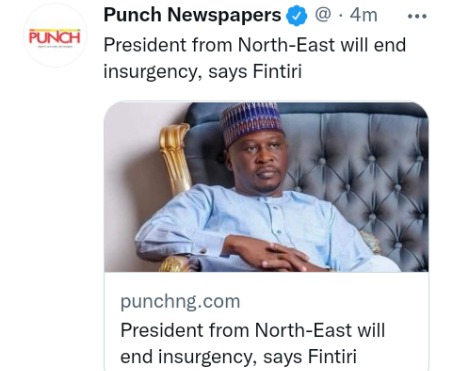 Adamawa State Governor, Ahmadu Fintiri, has said electing a President from the North East will bring an end to the insurgency being witnessed in parts of the country.

Fintiri, who was represented by his Chief of Staff, Prof. Maxwell Gidado, disclosed this at 2021 North East Star Magazine awards, where he was honoured as the Governor of the Year.

The governor noted that insurgency in the North East would end within the first term of the Presidency of any candidate of North Eastern extraction. 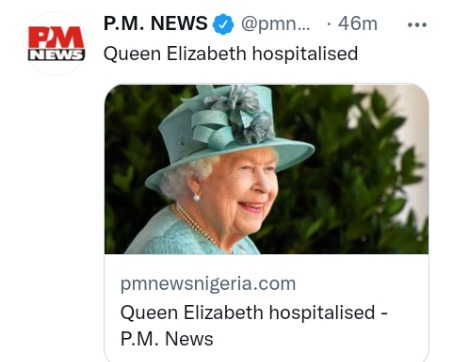 The trip was to mark the 100th anniversary of the partition of the island.

Royal doctors ordered the 95 year-old monarch, to rest and advised her to miss a trip to the province, sparking speculation about the reason for the eleventh-hour cancellation.

Niniola, Chike, others shut down Les Damiers launch in Lagos 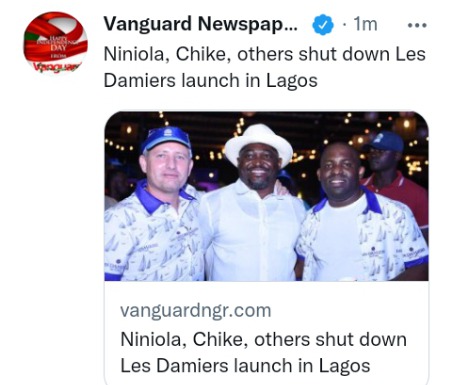 Following a spontaneous showcase in shopping malls across Lagos where carnival dancers upturned the activities of local shoppers with captivating dance performances and games while handing out party invites to a few lucky bystanders, it was no surprise that the official launch of Les Damiers Du Cap attracted a host of influencers, celebrities and other invited guests, all eager to experience an evening at the beach with the wine for the unconventional dreamer.