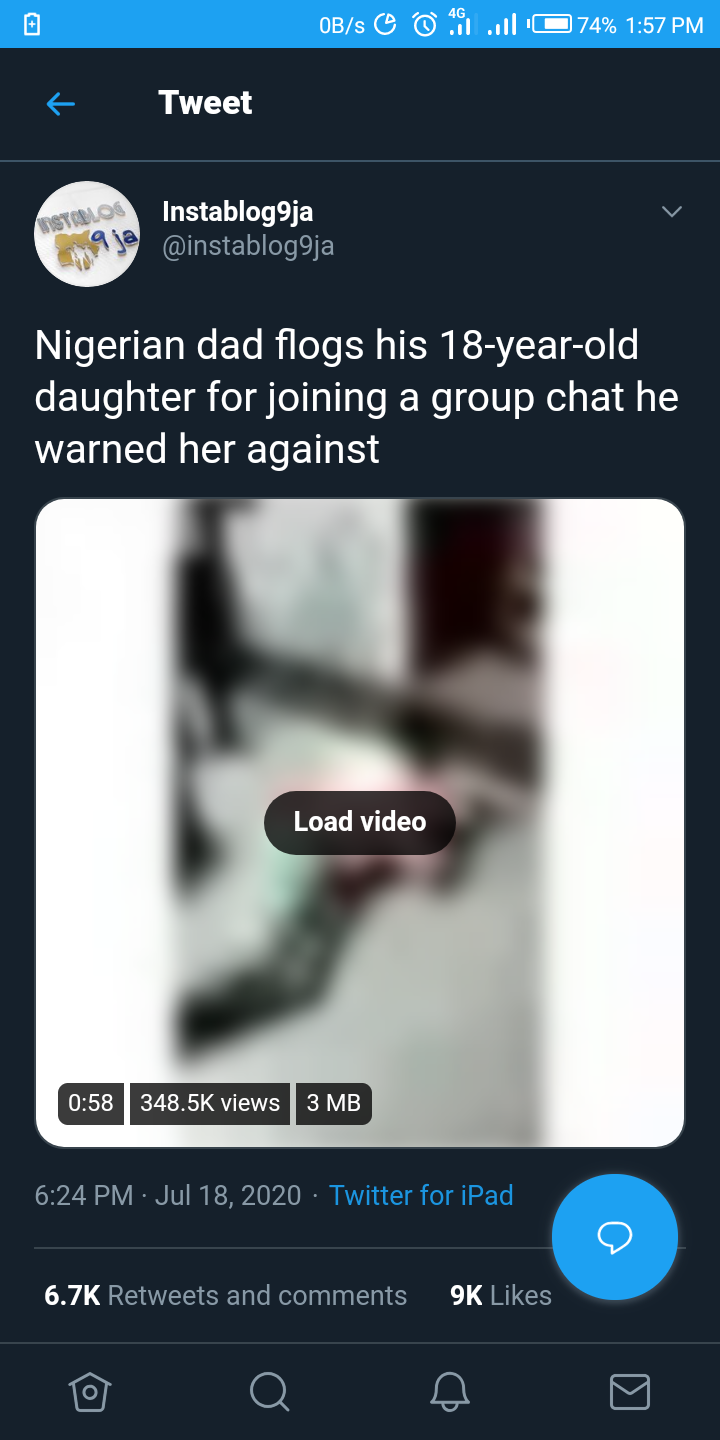 Elsewhere, on Twitter, "She's 18", a hash tag is trending for the obvious reasons.

A recorded video from @instablog9ja on Twitter, showing a girl of 18 years being flogged mercilessly by her father, who warned her against joining a group chat. The girl was made to lie on the floor, obviously in her pajamas, whilst she is flogged on her buttocks.

Her Dad can be heard saying, "Turn, turn", "Face down".. After two strokes of the cane called "Koboko" in Yoruba, "Bulala" in Hausa, "Utali or Utari" in Igbo. The girl started weeping, profusely

After which, a woman's voice, who was obviously recording the beating, maybe her mother, asked her to say what she did wrong.

The girl, weeping profusely, said her dad warned her not join a group chat, but she disobeyed, and joined.

Then her dad told her; "turn, turn," and lashed some more strokes of the cane, the girl in pain, involuntarily, covered her buttocks.

Only for her dad, to warn her, with his cane raised high, not to use her hand to block the cane. To which, she responded, "it's not my hand, it's not my hand!!"

The girl pleaded, again and again.

Her dad resumed the beating, ordering her to lay down flat.

Here's a link to the video

This video got Nigerians talking, some supporting the father and admonished the girl, for disrespecting her Dad. Others were of the opinion, that at 18 years, she is free to do whatever she wants, as an adult (18 years in Nigeria, is regarded as an adult/a young adult, by the Constitution, and eligible to vote and be voted for).

Here are screenshots of different comments from people : 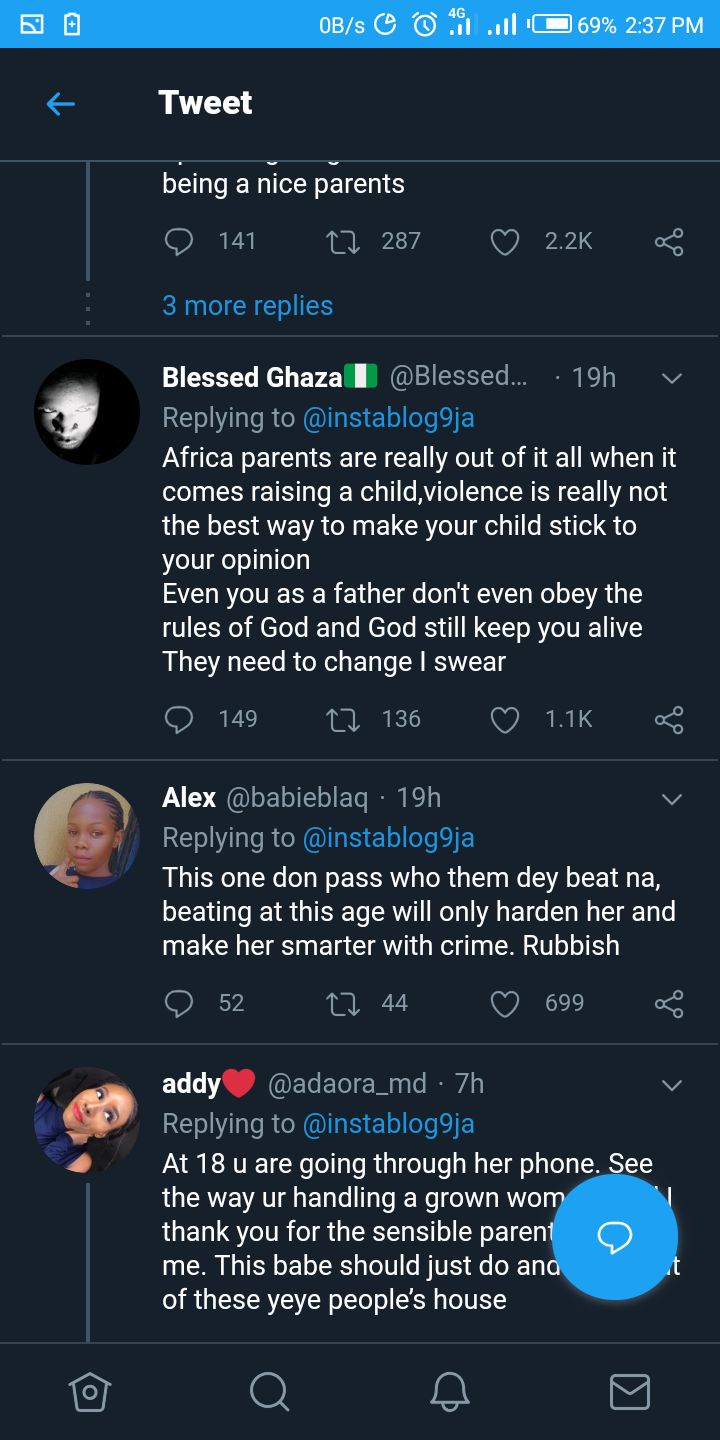 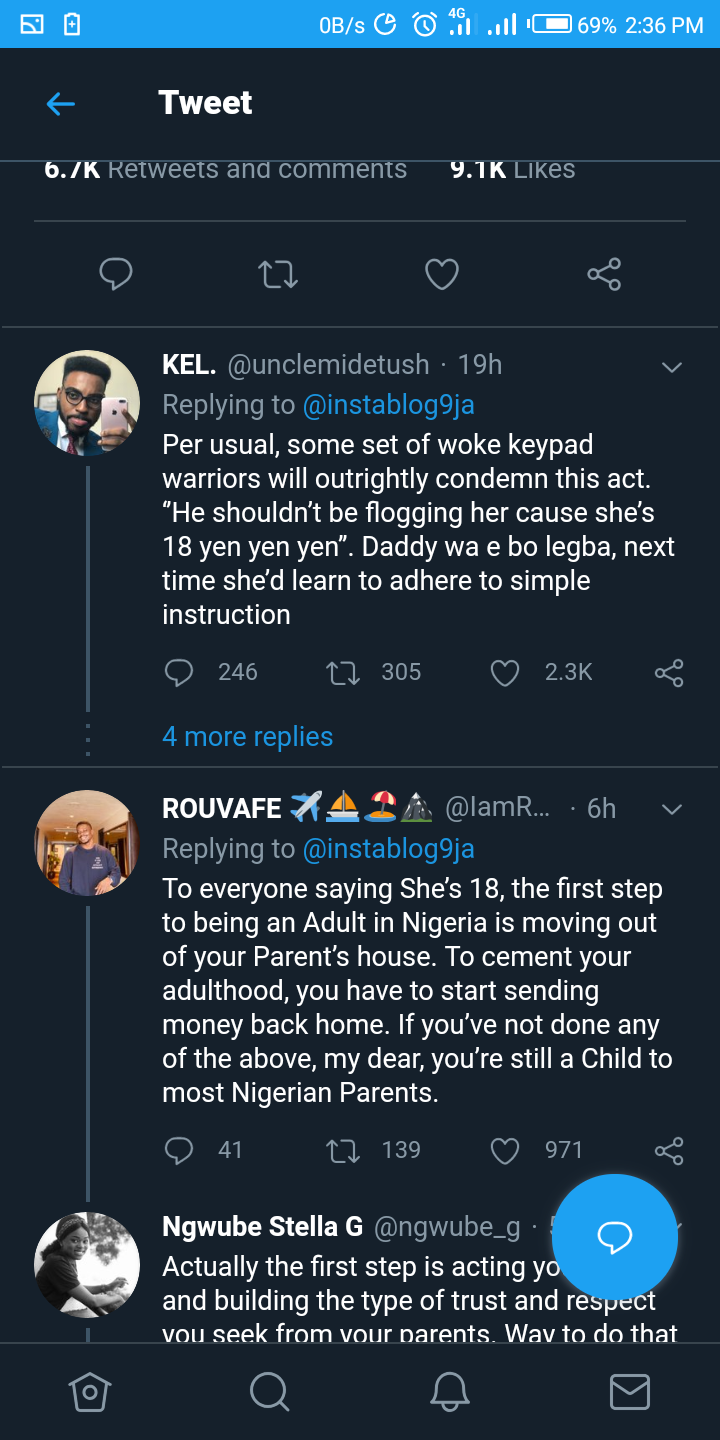