Elections in Nigeria is always characterised with some irregularities and report of ballot boxes snatches and some times, there were reports of killings in different parts of the country during elections. Rivers State is not exception as the State has been termed by some political analysts as a "volatile State" during elections.

We have read different reports in the media during different times elections were held in that State.

According to information monitored by BelieveAllBlog on radio and social media, it was learnt that there are low turnout of voters in many Wards in different Local Government Areas of the State.

Aside low turnout of voters, Nigeria Info FM reported that there were unrest in some areas where the elections is taking place. It was reported that there was unrest at Ward 3, Unit 8 and 9 in Rumukwurusi in Obio Akpor Local Government Area also, at Ward 4, Unit 1, Mgbuetor in Emohua Local Government Area, where many were said to have been injured after some unknown thugs stormed these polling units and snatched the ballot boxes.

Below are some of the reported areas where unrest have been witnessed in ongoing Local Government elections in Rivers State:

According to reports, There was unrest at Ward 3, Unit 8 and 9 in Rumukwurusi area of Obio-Akpor. It was alleged that there was no result sheets, as the ballot box meant for the Unit was snatched by unknown thugs after gun shots were fired and voters sustained injuries. 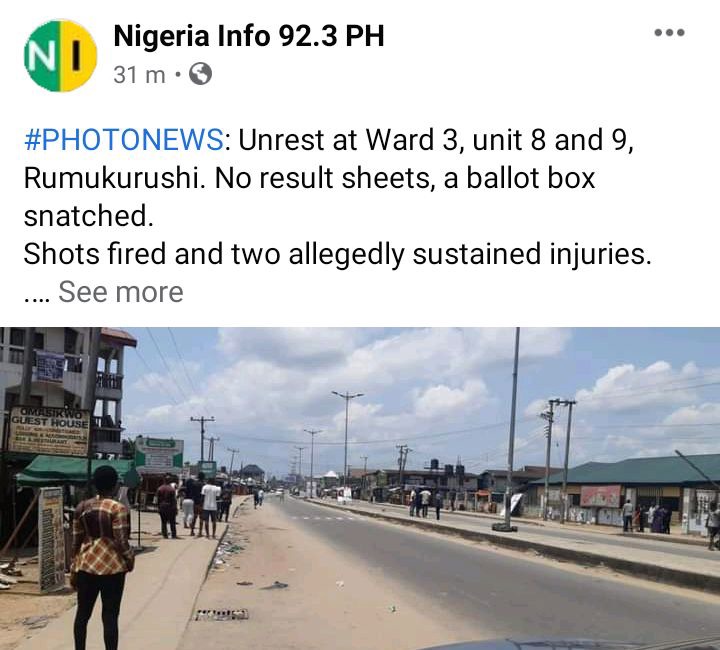 Also, there was an empty hall at Ward 4, Unit 1, Mgbuetor in Emohua Local Government Are. It was reported that unarmed thugs stormed the polling Unit and snatched voting materials this afternoon. 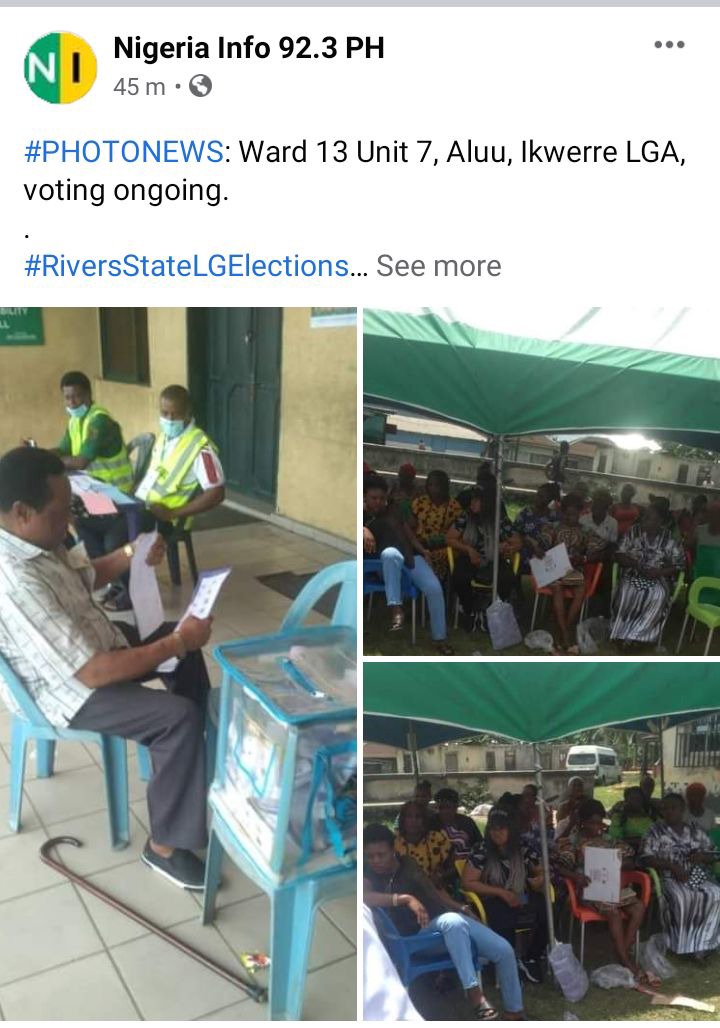 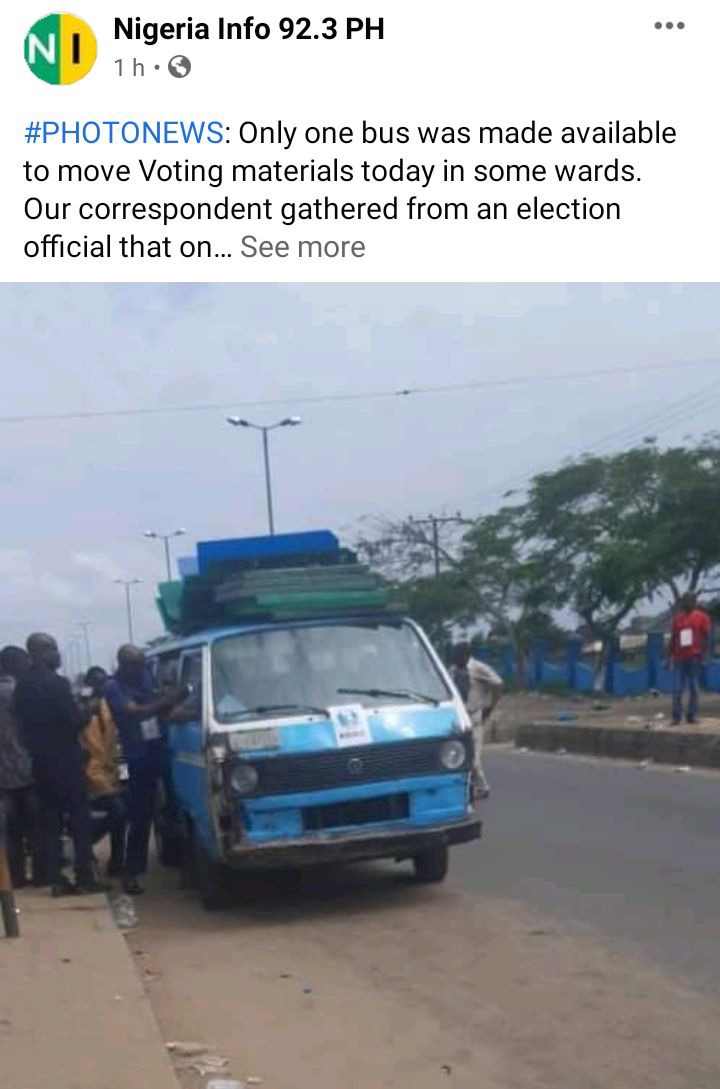 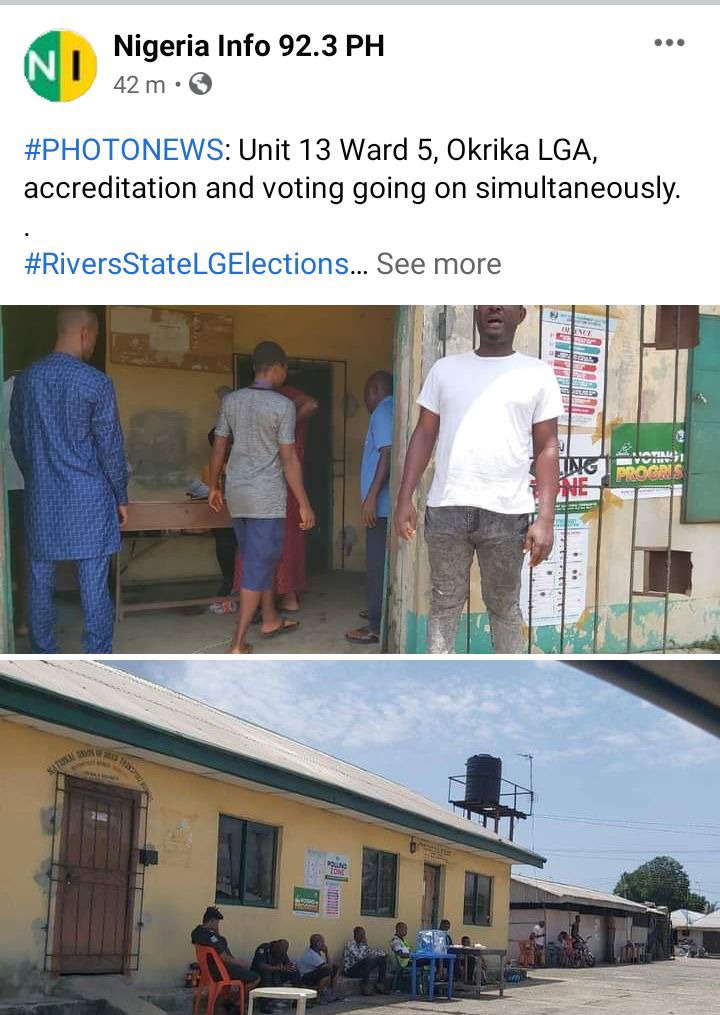 Recall that Rivers State Police Command was few days ago announced that the Force has deployed 17,500 officers in all the 23 Local Government Areas of the State to forestall law and order in today's Local Government elections in the State.

Rivers State Independent Electoral Commission before the election released a report saying that 17 Political Parties are participating in the election after the All Progressive Congress (APC) pulled out of the election citing lack of trust in the system.