By Specialty (self media writer) | 24 days ago 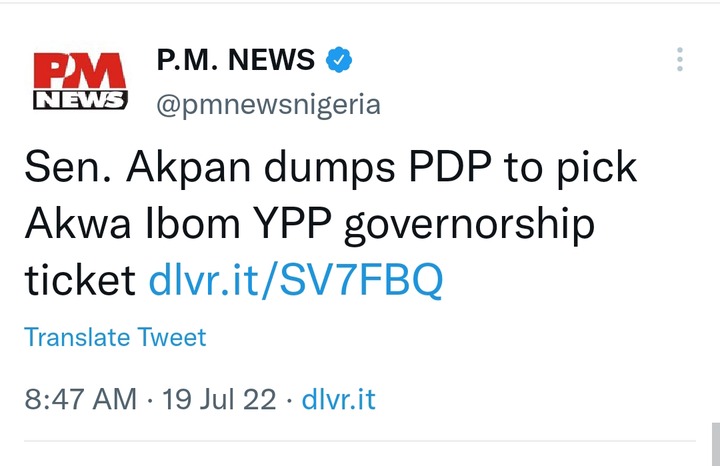 The News Agency of Nigeria (NAN) reports that Akpan on July 15, resigned his membership from the PDP on the grounds that the it could not afford him the platform to actualize the people’s aspiration. 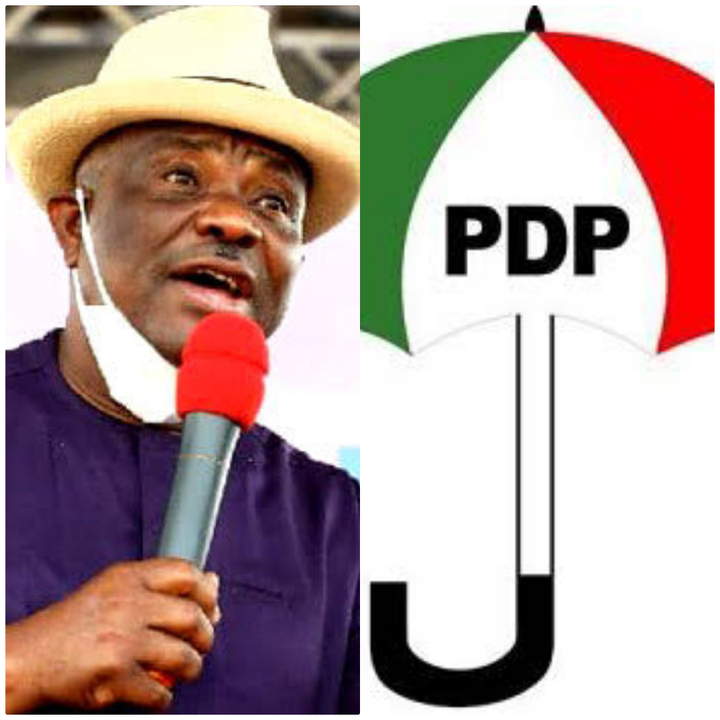 Wike Preaches Against Politics In Sports 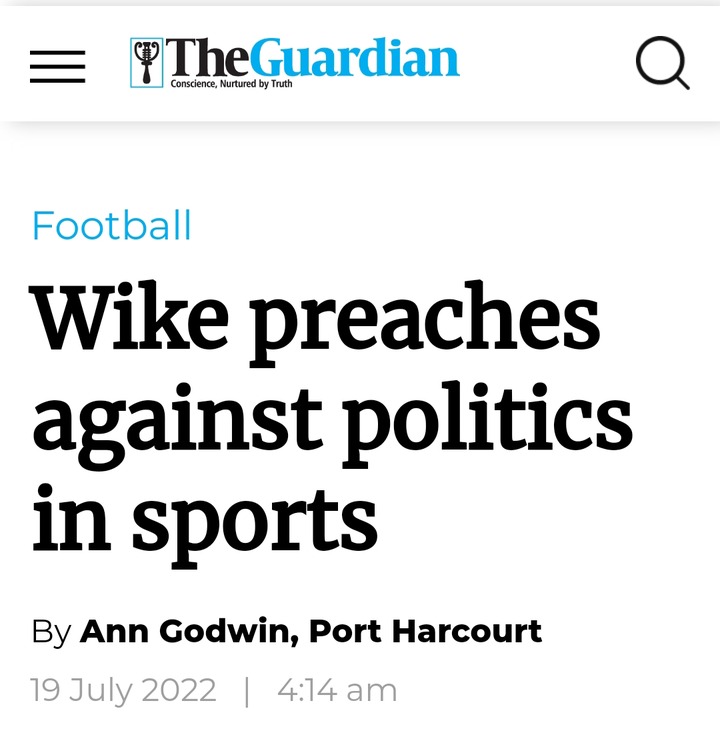 Rivers State Governor, Nyesom Wike, has advised the Federal Government to remove political considerations from sports if it desires to make the best of the abundant talents in the country.

He said political interference in sports would always affect the advancement of the sector, adding that the sector should be led by only seasoned administrators to man the sector professionally. 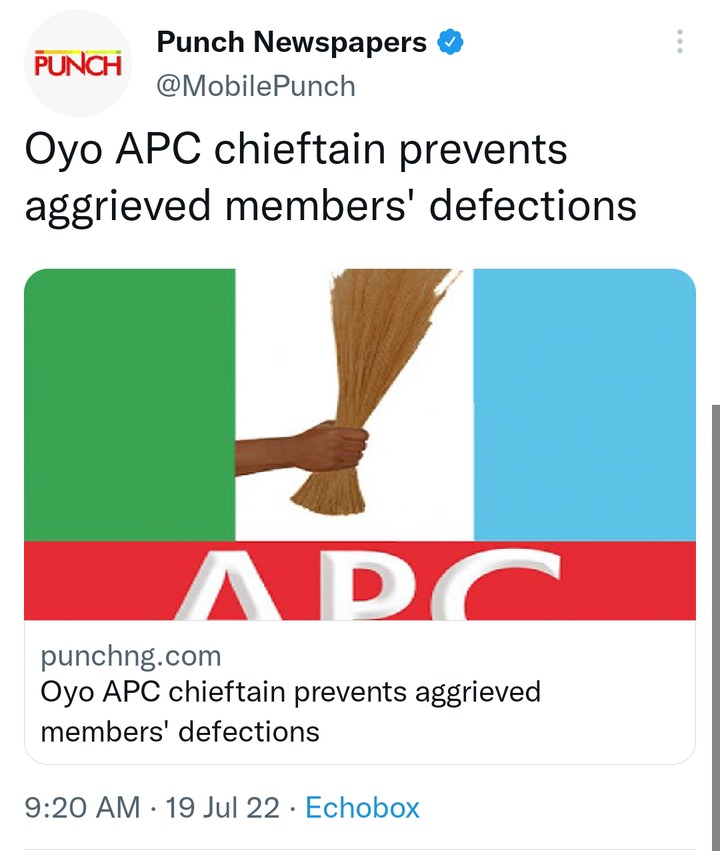 A chieftain of the All Progressives Congress, Alhaji Kehinde Olaosebikan, has commenced the process of stopping aggrieved members from leaving the Oyo State chapter of the party.

He hosted the meeting to stop defections from the APC and make it stronger at his residence in Ibadan on Monday.

He said he was more committed to the unity and progress of the party in the Oluyole Local Government Area of Oyo state than his own personal interest. 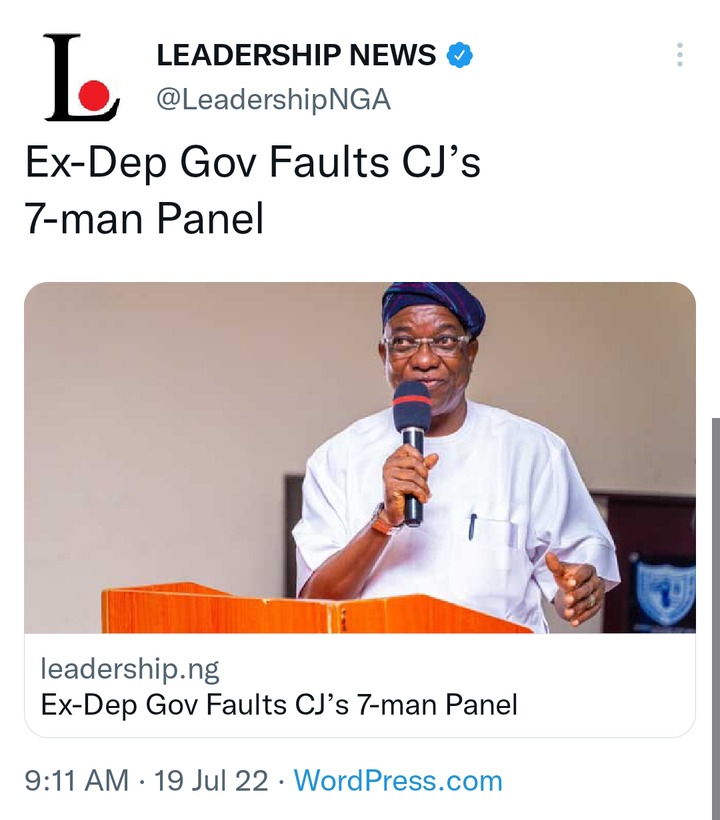 Sacked Oyo State Deputy Governor, Rauf Olaniyan, has faulted the Chief Judge of the state, Justice Munta Abimbola, over the constitution of the seven-man panel which recommended his removal from office.

The impeached deputy governor who spoke through his lawyer, Afolabi Fashanu (SAN) yesterday alleged that the panel raised to investigate the allegations raised against him was paid to do what they did. 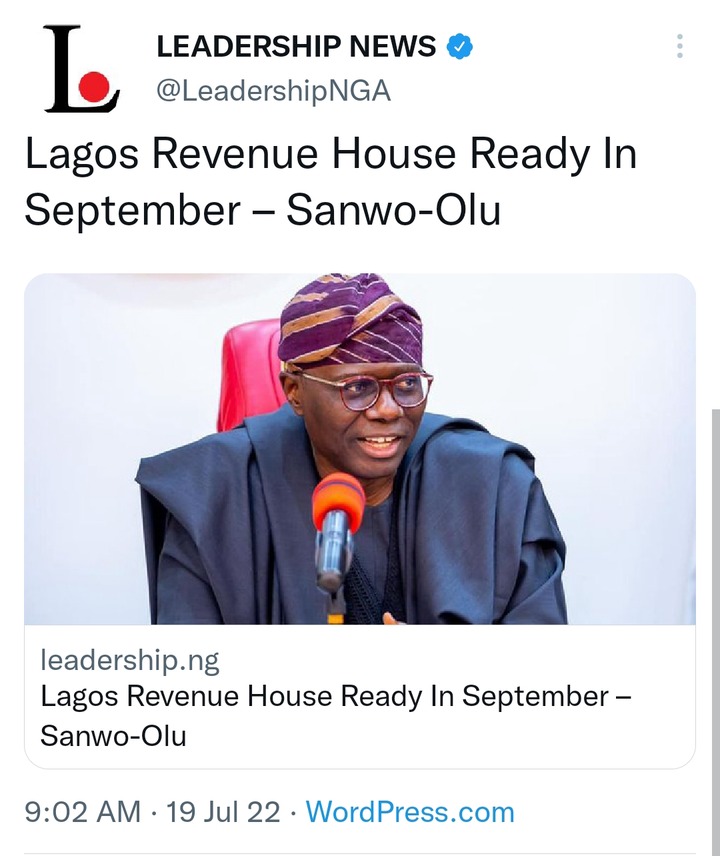 Lagos State Governor Babajide Sanwo-Olu, on Monday said the iconic Revenue House of the Lagos State Government will be completed by the end of next month, saying the building would be open for use fully by September.

Governor Sanwo-Olu led an on-the-site inspection of the ongoing renovation work at the eight-storey building formerly known as Elephant House, with his Deputy Governor, Dr. Obafemi Hamzat, and some members of the Executive Council members.