By Penason (self media writer) | 9 months ago

Information from the Special Adviser to the President on Media and Publicity, Mr Femi Adesina, has it that President Muhammadu Buhari has relieved the Ministers of Agriculture and Rural development, Mohammed Sabo Nanono and his Power counterpart, Engr Sale Mamman of their appointments . He has also redeployed the Minister of Environment, Mohammad Abubakar and the Minister of State for Works and Housing, Engr Abubakar Aliyu to supervise the vacant ministries of Agriculture and Power respectively until the substantive Ministers are appointed to fill the gaps.

This development came for the first time in about six years of the President Muhammadu Buhari administration. However, this development, no doubt, has left many Nigerians to wonder whether the exercise would extend to other ministries requiring urgent intervention, or whether the outgoing Ministers would be the first and the last affected by the repositioning exercise.

Evidently, Mr President at point 9 of his ten points communique, released on Wednesday September 1st, reiterated that the exercise of rescuing weaker ministries to reposition them for better performances is going to be a continuous one. This implies that, it is high time the cabinet Ministers of Mr President worked harder and delivered high performances to enable them remain relevant to help the vision of President Muhammadu Buhari to be actualized for the country. Otherwise, the none performing Ministers, would be relived of their appointments and be replaced with new hands. And this would be decided through independent and critical self review, as would be evaluated and determined through sector reporting at cabinet meetings and retreats.

Having allowed his performance in office to be evaluated by independent and critical self-review, Mr President has been able to identify and strengthen weak areas, close gaps, build cohesion and synergy in governance, manage the economy and improve the delivery of public good to Nigerians. No responsible government would backpedal in applying what would help his administration to deliver on its campaign promises to the people. Therefore, since this independent self evaluation has yielded significant result, President Muhammadu Buhari is poised to sustain the exercise to enable him serve the country at his best. 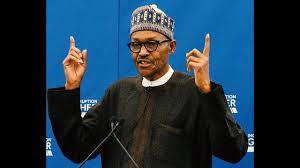 Not withstanding the public outcries calling on President Buhari to let go some of the none performing Ministers after his first term in office, yet, Buhari resolved to work with all the Ministers who served in his cabinet during the first term of his administration immediately after assuming office as President in the second term of his administration. This resolution to work with his regular staff in the second term came as a result of the rigorous retreat to bring returning and new members up to speed on the accomplishments, challenges and lessons drawn from his first term in Office. It was also necessary to enable him emphasize the 9 priority areas of government for the second term.

The 9 priority areas of President Muhammadu Buhari administration included: (1)Building a thriving and sustainable economy; (2) Enhancing social inclusion and reducing poverty; (3) Enlarging agricultural output for food security and export; (4) Attaining energy sufficiency in power and petroleum products and expanding transport and other infrastructural development;.(5)Expanding business growth, entrepreneurship and industrialization; (7) Expanding access to quality education, affordable healthcare and productivity of Nigerians; (8) Building a system to fight corruption, improve governance and create social cohesion; and (9) improving on security for all. These were clearly mapped out to help guide the government policy directions and to enable his administration achieve a realistic domestic and foreign policy, as well as national development. Therefore, to be able to achieve these feats, the machinery of governance must be in top performance at all times.

President Muhammadu Buhari who has vowed not to leave office as a failure would endeavor to do all he could to ensure that he leaves the office better than he met it. Therefore, the exercise to strengthen weaker ministries by replacing the none performing Ministers with fresh hands and renews vigor is going to continue. And millions of Nigerians who desire accountability and effective performances from their political office holders and public officers would be anxious to see how the exercise would turn out in the future in its resolve to sanitize the system and reposition governance at its best. 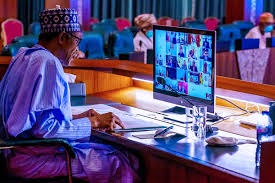