By TARGETLINK (self media writer) | 2 years ago

The Minister of Niger Delta Affairs Senator Godswill Akpabio today had his time before the house committee investigating the activities of the NNDC. 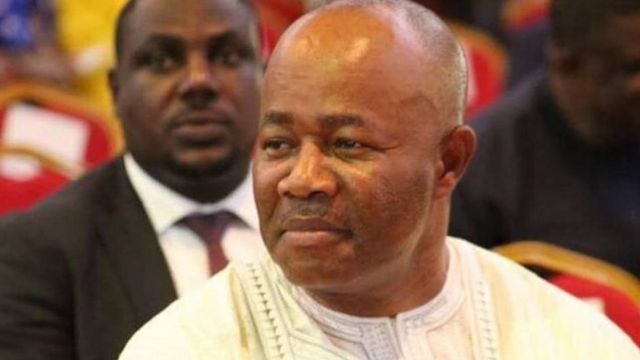 The former governor of Akwa Ibom State who is called the uncommon transformer went before the commission in a rather uncharacteristically fashion after asking for the doors to be opened, raised a point of order after he was told he will be speaking for 10 -15 minutes asking for fairness while the proceedings lasted. He however listed some points which he wants Nigerians to know. These points were:

1. That there is an ongoing forensic audit and that he the minister of Niger Delta did not hijack the process.

2. He listed the two processes where NNDC makes her money to include Federal Government Revenue and through Revenue.

3. He said that No staff of NNDC was sacked but are on leave.

4. That files of NNDC are not missing but are undergoing forensic audit.

5. He denied that he never asked anyone to swear to an oath of any allegiance to him.

7. That NNDC do not have official vehicles but vehicles are hired at a cost of #200000 (two hundred thousand Naira) daily.

8. He said he doesn't have a presidential ambition as widely speculated.

9. He denied the sharing of #10 billion in December as there was no budget to support the spending.

10. He denied claims that over 40 billion Naira was missing in NNDC as its account is domiciled in TSA.

The minister however wasn't allowed to continue talking as he is know to be a good orator.

Content created and supplied by: TARGETLINK (via Opera News )