NDDC Saga: Oraye what is your interest? (Opinion)

By BelieveAll (self media writer) | 2 years ago 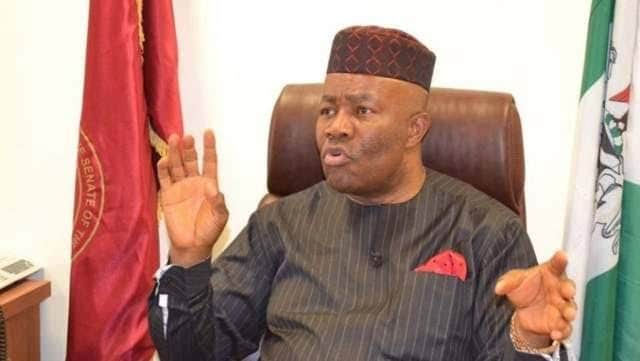 Over the last couple of weeks, following my commentary on the NDDC/ Akpabio saga, some of you have queried what you describe as my 'defense' of Akpabio. In raising that query some of you also have bluntly asked what my interest is; whether or not I was consulted or paid by Akpabio to launder his image and excuse his corruption.

For the avoidance of doubt, not a single query can be substantiated by any proof that I excused Akpabio's alleged corruption. If any exists it should be reproduced hereunder.

I am not and will never be afraid of dealing with controversial subjects or even of being misunderstood. Misunderstanding, if not the result of deliberate bias, is simply cured by information and understanding.

My position from the onset has been one and the same. You cannot shave a man's hair in his absence; that until you hear a man's side of the story, you cannot be fair in judgement in an issue involving him. These are fundamental principles of law and justice. It doesn't matter that today it is Akpabio a Federal Minister, former Senator and State Governor, who prior to yesterday was loved to be hated by majority of Nigerians. It can be anyone else even the lowly.

I, as well as many of you, have personally suffered the damage of false and unsubstantiated accusations. Just a couple of days ago, for instance, we heard of the sad story of how a young creative ended his life after being accused of rape. As it turned out, the accusation in his case was later found to be a joke. But the damage was irreparable.

Many lives have been ruined by false and unsubstantiated allegations. There are a litany of cases. You know some. You may even have been a victim too or promoted same. This is not really about Akpabio but a thriving mob culture that condemns without critical thinking and gives no room for defense. What's the difference between what we allow to thrive on social media and what happened to the Aluu Four? You've not heard of them, research them. What's the difference between the media trial we condone and promote and those who kill suspected thieves at markets and street corners without offering them an opportunity to have their day in court and, when determined by courts, have their appropraite and justified sentences? How different are we from the mob, if we choose not to allow due processes of Law have their way before we reach our conclusions?

Or does one become guilty as suspected even without charge simply by being accused? Or was the Police CP in Rivers State not condemned for describing Joy Nunieh as a criminal even without her being charged or indicted in law for a crime? If so, are we changing or determining the presumption of innocence that follows every accused person until proven guilty in law based on who we choose to love or hate? This right here is my interest.

Not a single post from me has excused corruption by Akpabio or whoever. Even Magu accused of monumental financial crimes is not excused. But he stands innocent until proven guilty by a court of competent jurisdiction. We all do not need to be lawyers to understand the law and its import. Our laws are binding on all, whether or not we are ignorant or knowledgeable of them.

I am happy that Akpabio has had his day to defend himself as an accused person. I am also happy that Nigerians have had the opportunity to hear directly from him. That's how it should be. The reactions are now in the open and they are not for me to say. I will also restrain from speaking about how the inquiry was managed or mismanaged. You all saw that. We await the outcome of the ongoing process.

I will not end this without expressing my disappointment that the NDDC did not utilise the opportunity offered it to clearly clear the air. The unfortunate incident by their team left much to be desired. But as disappointed as I am, just like many other Nigerians, the benefit of doubt still has to favour the NDDC team. The fact is that yet to be answered questions are what they are, yet to be answered questions. All questions have to be responded to as we drill down to substantiate the issues of monumental graft and malfeasance that have undermined the development of the Niger Delta for nearly two decades. The NDDC needs to respond to all questions. Nigerians want answers.

I rest my case.