By KaptainWendy (self meida writer) | 22 days 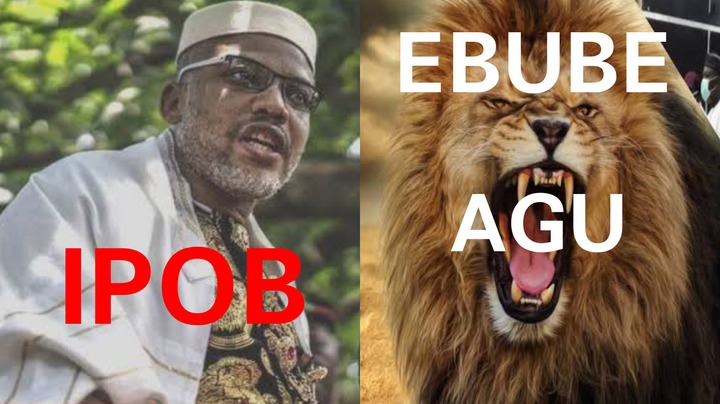 1.) "There Are Plans To Incite War In South-East"-Gov. Umahi. 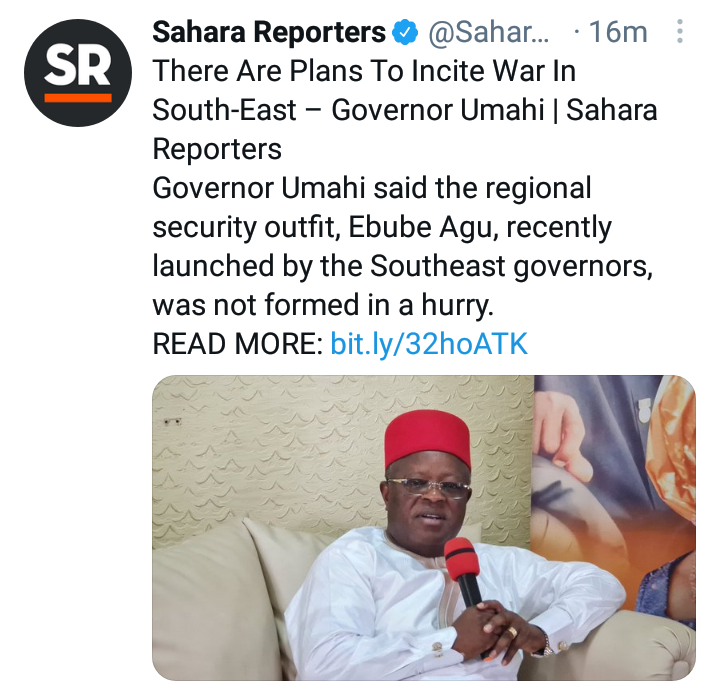 Governor Umahi said the regional security outfit, Ebube Agu, recently launched by the Southeast governors, was not formed in a hurry. 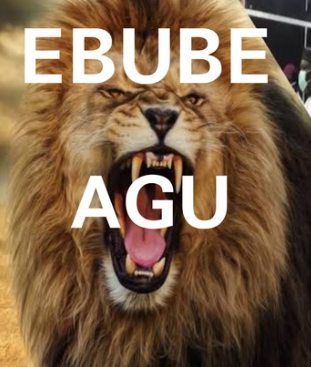 Ebonyi State Governor, Dave Umahi, has raised the alarm over a plot by some persons to incite war in the southeast.

Speaking during an interview on Channels Television's Sunrise Daily, Umahi said bandits were committing crimes in the South-East of the country under the guise of the Eastern Security Network (ESN).

Although he didn't reveal names or identities of the individuals involved, he warned that governors of the region would not allow what he termed illegality to reign in the area.

According to him, the problem of this country is that people will leave their problems and make your problem their problem. But what some of these people are doing is to incite the southeast into war and step aside, and we are not going to buy into that; we are not going to be deceived again. He said that the only recognised security outfit in the region is Ebubeagu.

He explained that he and his other colleagues from Abia, Anambra, Enugu and Imo would fight insecurity within the law's ambit.

The eastern part of the country has recently come under intense attacks as shooters assail residents, police formations and prisons, freeing thousands of inmates.

This forced the governors of the region to launch a security outfit to complement the security agencies' efforts in the fight against crimes. 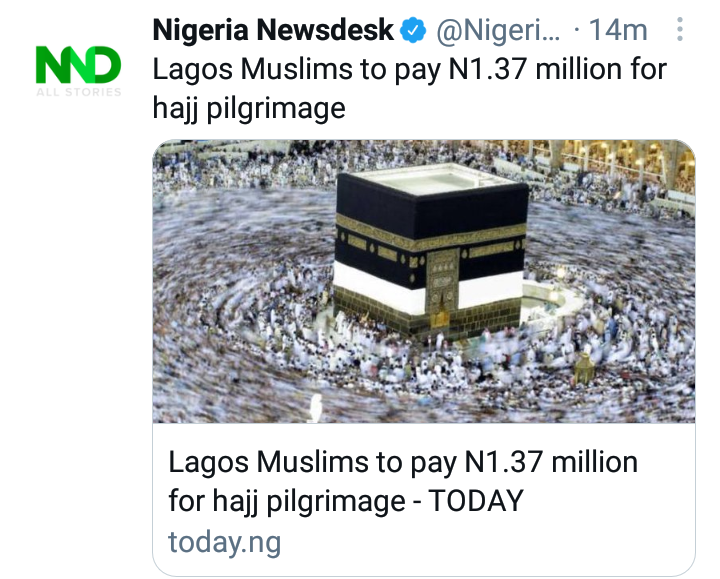 The Lagos State Muslim Pilgrims Welfare Board has said that the least amount to be paid for participation in the 2021 Umrah (lesser hajj) in Saudi Arabia is N1.37 million.

This was disclosed in a statement issued on Tuesday by the Executive Secretary of the Board, Mr. Rahman Ishola.

According to Rahman, the exercise has two different packages that the intending pilgrims can choose from.

The Board Secretary explained that the increase in fare was due to the strict implementation of the COVID-19 protocols by Saudi Arabia’s Ministry of Health, emphasising that the Umrah exercise will hold between April 27 and 15 May 2021.

He encouraged those who had already made initial deposits to endeavour to pay up the balance for the package of their choice and forward evidence of payment (teller/bank receipt) and International Passport to the Board on or before April 18, 2021, for further necessary action.

Ishola stated that it is mandatory for all the intending pilgrims to get the COVID-19 vaccine before embarking on the pilgrimage, stressing that without the vaccination, they would be denied entry into the Kingdom of Saudi Arabia. 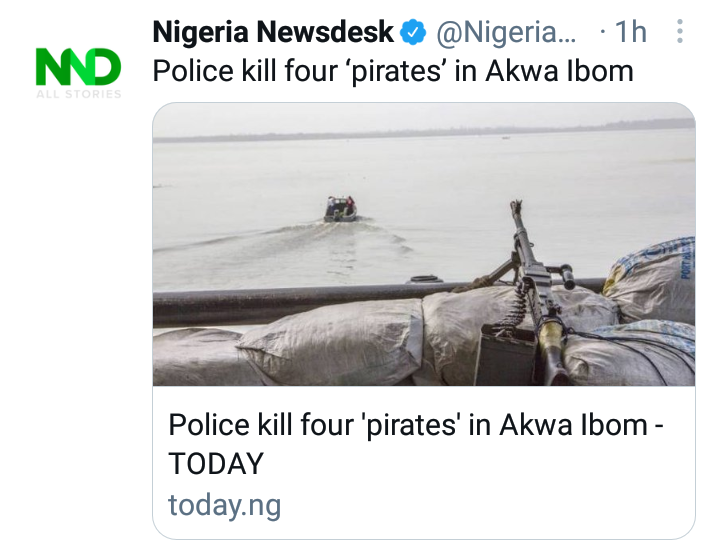 Four suspected armed pirates on Tuesday met their waterloo in a gun battle with the operatives of the Marine police, in Oron Local Government Area of Akwa Ibom State.

The suspects were killed in a sting operation carried out by the police along Ikang Creek after credible information.

According to the statement, the suspects, about 32 of them, onboard four speed boats opened fire on sighting the operatives. In the ensuing gun duel, four of the suspects were killed while others escaped with three speed boats.

It was gathered that Nsikak who sustained bullets wounds later gave up the ghost after he was rushed to the hospital for treatment. 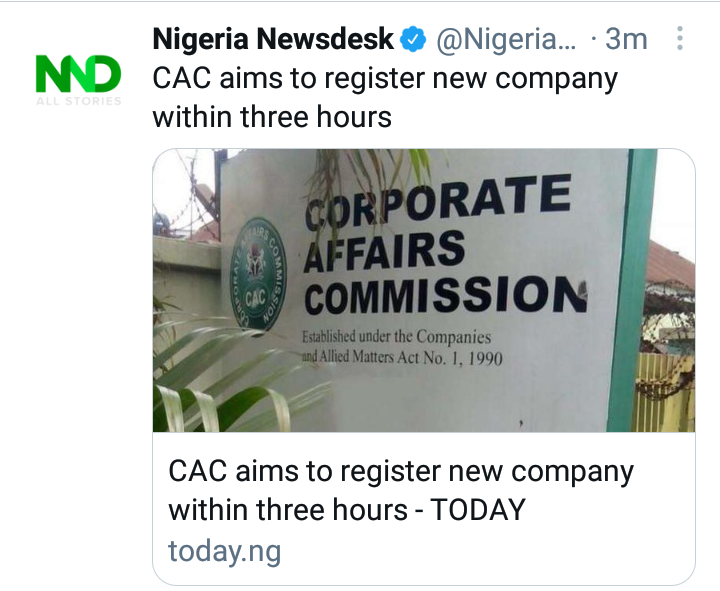 The Corporate Affairs Commission (CAC) says it will be possible for companies in Nigeria to be registered within three hours, before the end of 2021.

The commission tweeted this on Sunday via its verified Twitter handle.

It said, Garba Abubakar, the commission’s registrar-general, gave this indication at a recent dinner in honour of the chairman, governing board, CAC and Nigeria’s Ambassador-designate to Spain, Ademola Seriki.

The commission announced last December the upgrade of its online registration portal for business.

It said the upgrade would include features that allow the automation of key services and processes in line with the federal government’s effort to Nigeria’s ease of doing business.

Newsmen had reported how the new regulation protocol has left businesses in the country stranded for months.

According to the commission, the new development follows the deployment of an end to end registration module which is expected to end before the end of 2021.

To achieve the target, Abubakar said the Commission was making arrangements to empower over 400 approving officers with working tools to process and approve registration applications either from home or anywhere necessary.

He noted that the challenges of the Covid-19 pandemic adversely hampered CAC’s delivery timeline.

However, he said the CAC was resolutely committed to serving its customers despite being forced to operate with less than 50 per cent of its workforce.

He revealed that some of the new initiatives coming on board include the mandatory requirement for obtaining a letter of good standing from the CAC for procurement purposes.

Under the arrangement, he said companies bidding for government contracts must obtain a letter of good standing from the commission in a bid to further strengthen the fight against corruption.

Seriki revealed that a new product, Optional Notification Alert System, was also being prioritised and that under the arrangement companies can elect to be notified whenever changes were made in their structure at the CAC.

In recent news, the leader of the Indigenous People Of Biafra (IPOB), has sent a message to Biafra Youths.

According to Nnamdi Kanu, he told Biafran youths never to allow me anybody, no matter who the person might be and the position he or she occupies, to recruit them to fight their fellow Biafrans. 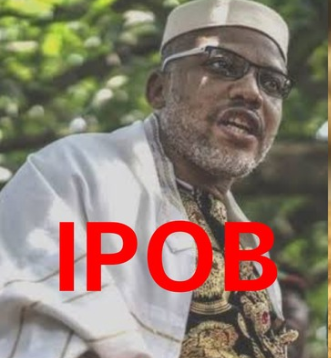 This message came following the disagreements between the formation of the "Ebube Agu" security outfit by the southeast governors, and the Eastern Security Network by IPOB.