Bandits kill one and abduct ten persons in Niger. 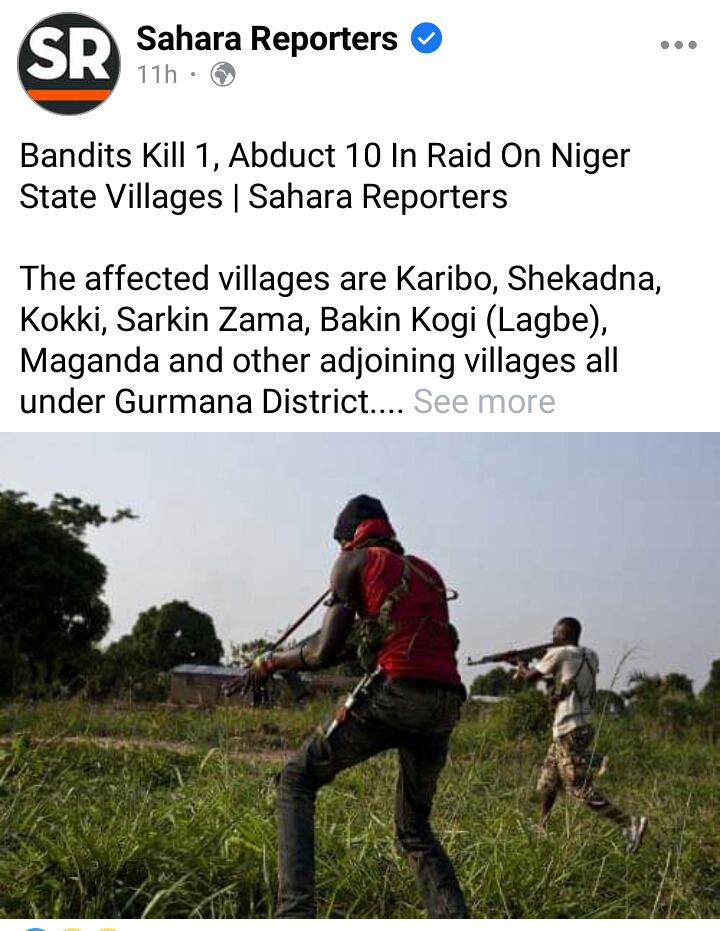 Suspected bandits has invaded a Gurmana community in Niger state, killing one person and abducted ten during an attack in the community.

As mentioned by Sahara reporters, many people sustained gunshot injuries and are currently in various hospitals in the state. The bandits had gone on a rampage in the community, burning down places of worship. A source also disclosed that the bandits invaded the community in large numbers on motorcycles, shooting sporadically.

Some residents in the community said the bandits had develop a new strategy model which includes barricading highways and laying ambush for motorist who occasionally pass through the road from other communities. Recently, they embarked on setting people's houses and farms on fire.

The bandits activities have doubled recently, due to lack of security operatives in the community. 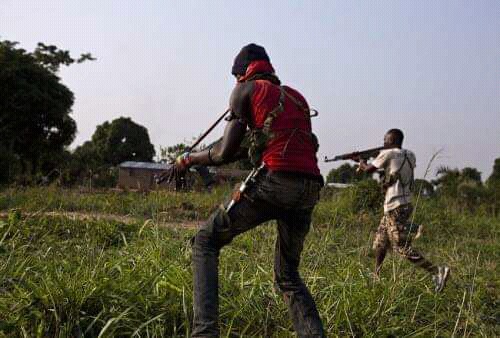 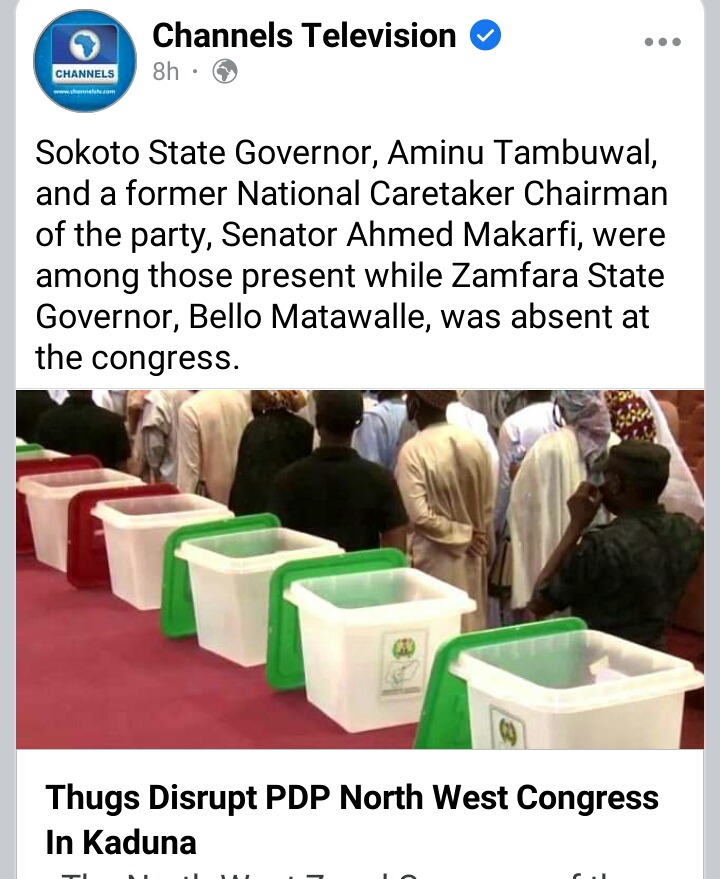 The North West Zonal Congress of the opposition party ended today amidst a series of destruction by political thugs. Supporters of the party arrived the venue of the international trade fair complex in Kaduna State for the exercise which was attended by some of the party's leadership.

The Congress was disrupted by political thugs during the voting process by delegates from seven states of the north west region to elect their zonal chairman and other board members.

During the violence that rocked the exercise, a lot of ballots papers and other voting materials were vandalised. For fear of being caught in the violence, party members and chieftains hurriedly leave the venue. As claimed by reports, the violence was caused by some delegates from Kano State over who would emerge as the PDP chairman in the northwest zone.

The party zonal Congress was held to elect new leadership that would pilot the affairs and recommendations of the party in the north west zone for the next four years. 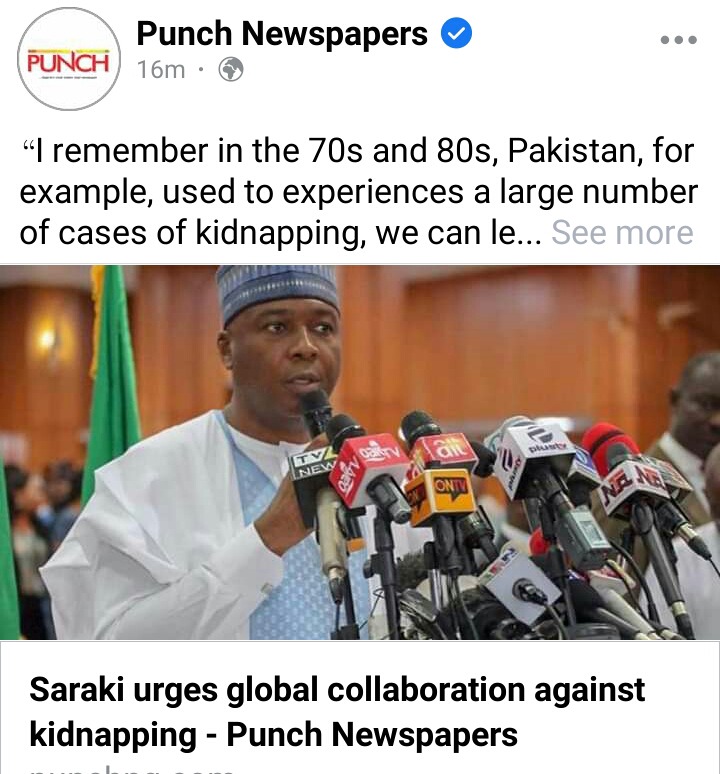 Former Senate President, Bukola Saraki has advices the Nigerian government on how to tackle the issue of insecurity in the country. He said Nigeria should source for solution to this menace through collaboration and cooperation with countries that have overcome the challenges before. He want Nigeria to learn and adopt the system of the successful countries and the method they use to overcome the menace of insecurity.

The former Kwara State Governor gave the advice during a webinar on the maiden edition of the Grow Nigeria Conversation (GNC), which was organised in Abuja. Saraki who was a convener of the webinar, said though kidnapping and banditry are not new in the country, but the latest tactics use by the kidnappers to demand ransom without any form of ideology is worrisome.

He said Nigeria should definitely learn from other countries who have successfully combated the situation. He asked why can't Nigeria reach out to these countries so that we can learn from what they did.

Saraki also called on the Nigerian youths, especially those with vast skills in information and technology to help deploy thier knowledge and expertise towards addressing the issue. He also want the government to implement human resources and deployment in the country's security system.

The former senate president expressed optimism that the outcome of the webinar would assist in solving the security challenges in the country. He hopes that some of the recommendation would be sent to the relevant security operatives and stakeholders for implementation. He noted that the webinar was conceived as a nonpartisan organization and it is solution driven dialogue series. 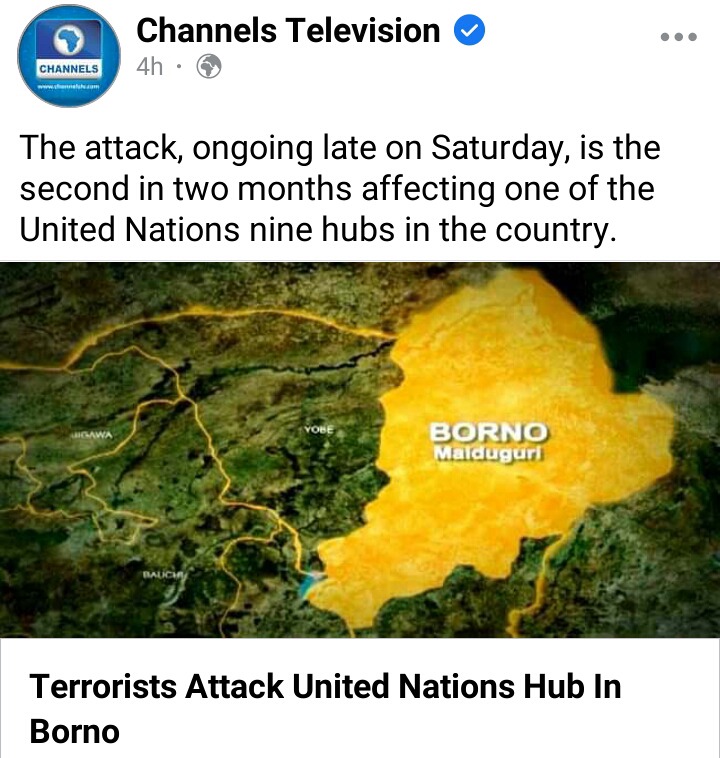 It was gathered that fighters from the Islamic State West Africa Province (ISWAP) stormed the area setting fire and destroyed some of the facilities. Offices of some NGOs were also set on fire by the insurgents who took over the town.

The Nigerian army officials have also confirmed the incident but said militants failed to overrun the town. They said the insurgents came into the town towards the brigade but they were repelled, a military official said, speaking on condition of anonymity, without providing details.

Residence were reported to be fleeing from the town towards neighboring communities. The town of Damasak has repeatedly been attack by the deadly insurgents who have made several attempts to overrun a military outpost outside the town.

"If You Love A Man, Don't Pester Him For Money"- Reno Omokri Advises Ladies

If I were President, this is what I will do to any man who impregnates a woman out of wedlock - Reno

Regarding the clash between Israel and Palestine, see what FFK said and how people reacted

Fashionista, Here Are Stunning Native Attire Styles You Should Try Out For Your Next Outing