Get Set For Surprises On Magu's Probe, Presidential Aide Declares.

By LegalBlog (self meida writer) | 9 months

The presidential senior special assistant on new Media Malam Garba Shehu has called on Nigerians to get set for surprises on Magu's probe as the panel probing Magu is getting ready to submit its report. He made the assertions on Channels television while answering question on the assertion of Magu's lawyer that said the probe is a witch hunt and that Magu will come out clean. The presidential aide made it clear to the Channels television interviewer that the question is for the Justice Ayo Salami's panel to answer. He also reminded Nigerians that the panel consists of some of the country's most honored men with integrity. 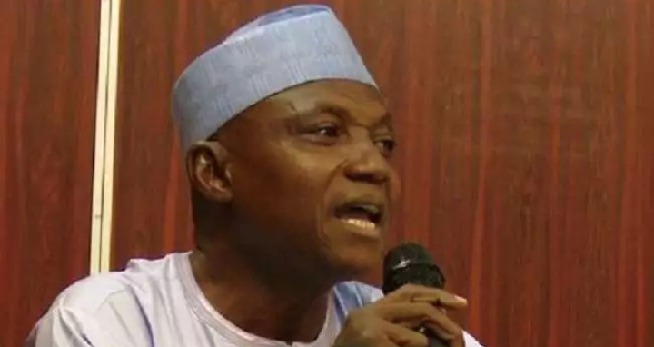 Ayo Salami was the former president of the court of appeal who was forced to bow out when he felt that his integrity was at stake during the administration of Goodluck Ebele Jonathan.

The presidential aide confesses that he does not know what the outcome will be but he urges Nigerians to hold their hearts in their hands and wait for the findings of the panel, but he enjoins Nigerians to get set for surprises.

Magu, the former acting chairman of the economic and financial crimes commission was accused of corrupt practices and insubordination by the attorney general of the federation, Abubakar Malami, S.A.N. He has been suspended and replaced by the presidency since and also continued to face the panel since the last two weeks.

Fan blast Hazard's lack of goals, compares him to Ronaldo

Reactions As Princess Shyngle Says, "I Am Fairly Used But Still In Good Condition"

Every Woman Should Know These 11 Safety Tips Before Going Out