Ahead of November 6 Anambra state governorship election, about 74 party members from People’s Democratic party (PDP) and All Progressive Congress (APC) defected to All Progressive Grand Alliance (APGA) in Ogbaru local government area of the state. 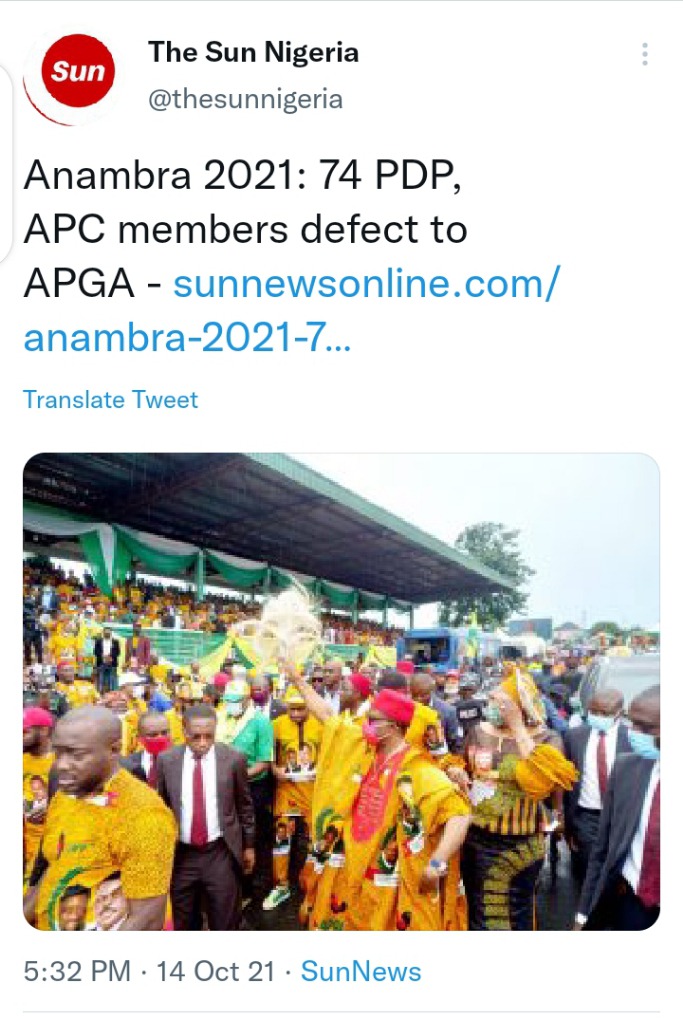 The defectors who were welcomed into the APGA fold by the State Governor, Chief Willie Obiano, during the campaign rally at Atani Central School in Ogbaru LGA lauded them for their initiative in joining the APGA, describing the party as a winning team and assuring them that they would be treated as full members.

He assured the defectors they would be enjoying all the rights and privileges due for all APGA members, even as he instructed the Ogbaru Council Chairman, Mr. Arinzechukwu Awogu to give them APGA regalia. 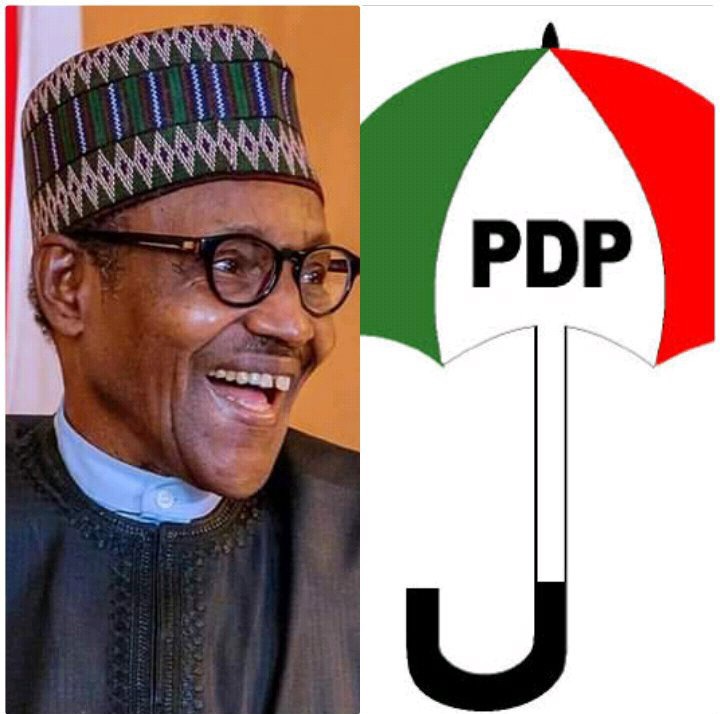 President Muhammadu Buhari has approved the the appointment of members of the Governing Boards and Council of 12 agencies and institutions under the supervision of the Federal Ministry of Science, Technology and Innovation. 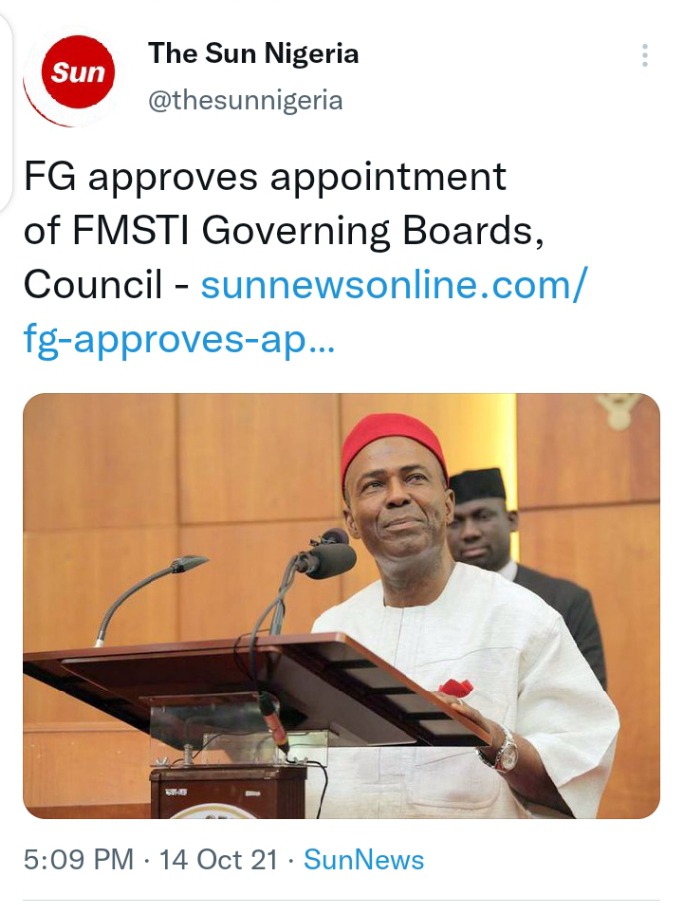 Dr. Ogbonnaya Onu, Minister of Science, Technology, and Innovation, stated that the Ministry is committed to building a Ministry that is recognized as the best in Africa and on par with the best in the world.

Dr. Onu while speaking at the inauguration of governing boards and council of agencies/institutes on Thursday in Abuja, said it will enable them to make adequate contributions to the development of the country.

The Defence Headquarters on Thursday said a total of 13,243 repentant terrorists and their families have surrendered to troops of the Armed Forces of Nigeria at different locations in the North East since the commencement of the Hadin Kai operation. 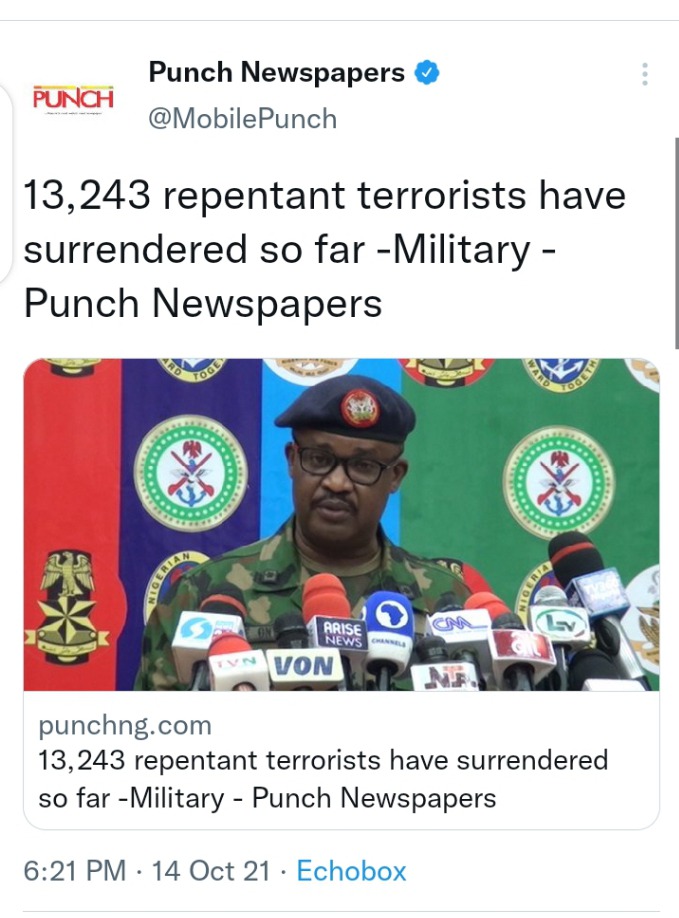 Speaking in Abuja on Wednesday at a briefing on military operations between October 1 and October 14, the Director, Defence Media Operations, Brig. Gen. Bernard Onyeuko, said of the number, about 3,243 were adult males, while 3,868 were women. Children were about 6,234 of the total figure.

He went on to say that 29 terrorists had been killed, and that 13 terrorists and their accomplices had been apprehended. 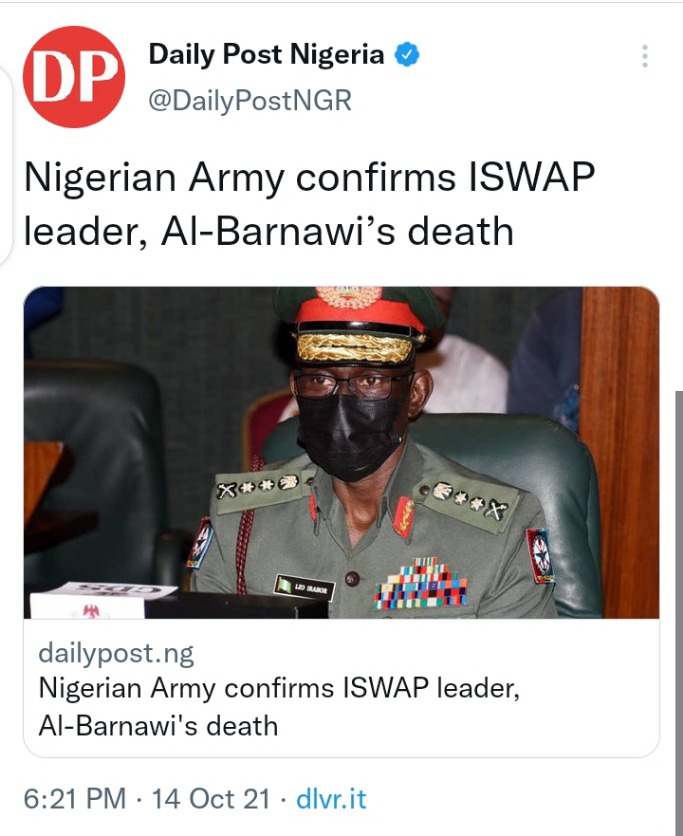 According to DAILY POST, General Irabor made the revelation on Thursday during a Ministerial briefing organized by the presidential communications team at the Presidential Villa in Abuja.

“I can authoritatively confirm to you that Abu Musab is dead. As simple as that. He is dead and remains dead,” Irabor said.