Is President Muhammadu Buhari's Achievements Enough To Classify Him As The Master Finisher?

By gistnodeyfinish (self media writer) | 5 months ago

The Bill had defied Olusegun Obasanjo, who introduced it, late Umaru Musa Yar'Adua, and Goodluck Jonathan before being subdued by Buhari. The man has proven to be adept at bringing to close situations that had long befuddled and vanquished many leaders before him. 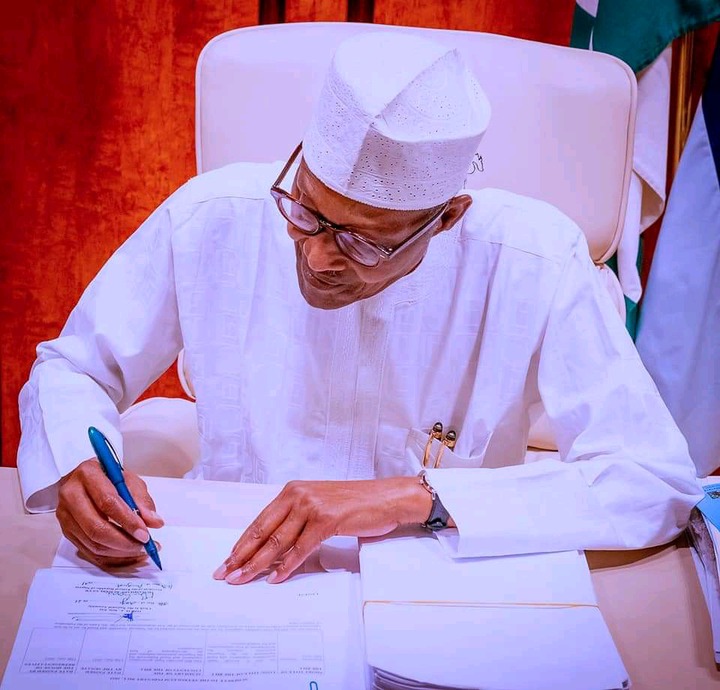 The PIB dominated the first to eighth National Assembly, which was unable to pass it into law. However, thanks to the synergy and cooperation of the Executive and the Ninth Assembly, Nigeria now has a law for its cash cow, the oil and gas industry, more than 50 years after the previous legislation became obsolete.

President Buhari, please take a bow and be congratulated on your accomplishment as the Master Finisher. Practical examples abound in various spheres of national life, of projects, policies, and proposed laws that had been in the works for more than two decades, but which have finally come to fruition thanks to the tough but easygoing man from Daura.

Femi Adesina in his address made it known that he would lay more emphasis on the infrastructure revolution in the water sector to demonstrate how Buhari completes abandoned and unfinished projects.

According to Engr. Suleiman Adamu, Minister of Water Resources, when this Administration took office in 2015, more than half of the country's irrigation projects were not operational. The current administration inherited 116 major ongoing and abandoned projects. A technical audit was performed, and projects were prioritized as high, medium, or low.

The technical audit revealed the following findings: 38 abandoned contracts/projects in irrigation and drainage, 37 dams and reservoirs, and 41 in the water supply. What usually happens when new administrations take office? They cancel, revoke, or abandon existing contracts to award new ones and line their pockets with kickbacks.

However, this is not the case with Buhari. We saw it in the Abuja-Kaduna rail project, which he inherited and completed, and many other projects, a list of which will be sent to you shortly. President Muhammadu Buhari's administration so far has put fear in the minds of terrorists and criminals.