Mixed Reactions As Moghalu Says Obasanjo Is The Best President Nigeria Had Since 1999.

By Billixcs (self media writer) | 10 months ago

If a random person is asked by any political enthusiast about the best President the country has ever produced in the democratic era, the answers will definitely vary depending on everyone's point of view.

Some people will rate Obasanjo as the best, some will definitely stand with the Late Yar'Adua, there will also be those who will stand firmly with Goodluck Jonathan while others will also give their support for President Buhari because everyone is entitled to their opinion. 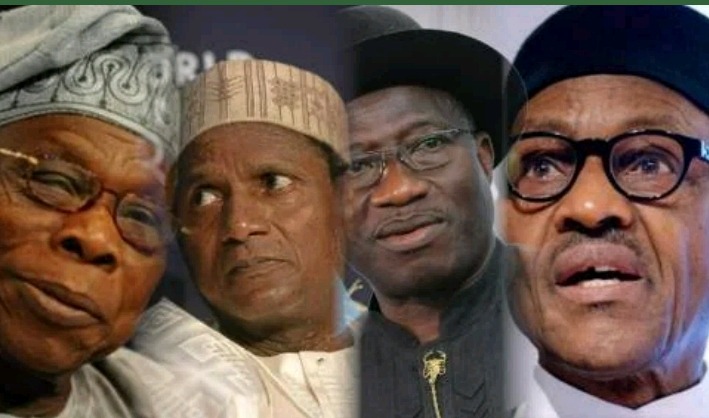 Former Presidential candidate of the Young Progressive Party (YPP), Professor Kingsley Moghalu has made his selection when he regarded Olusegun Obasanjo as Nigeria's best President since 1999, which was when the country adopted democratic mode of governance following the end of its military predecessors.

Kingsley Moghalu served under Yar'Adua as the Deputy Governor of the Central Bank of Nigeria making him possess a very good and rich CV. He was one of the youngest political candidates in the last election but as they say, election and politics in general is a game of popularity. 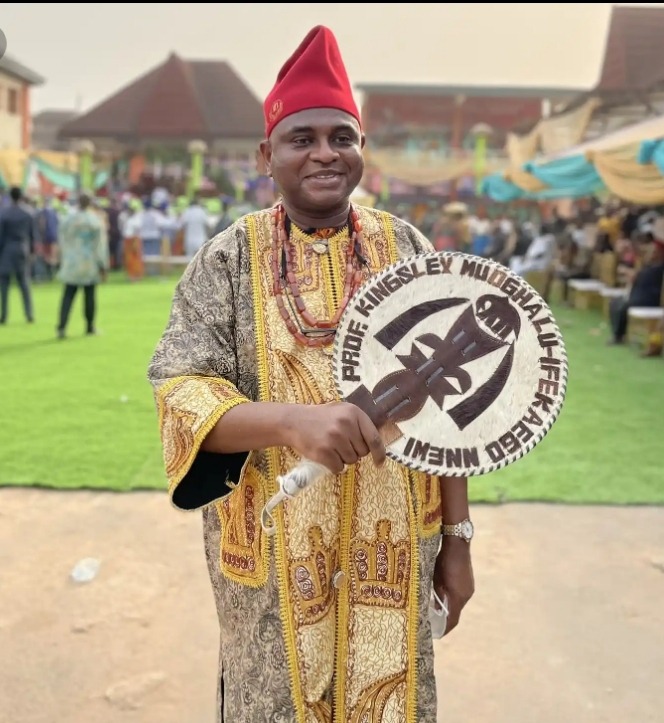 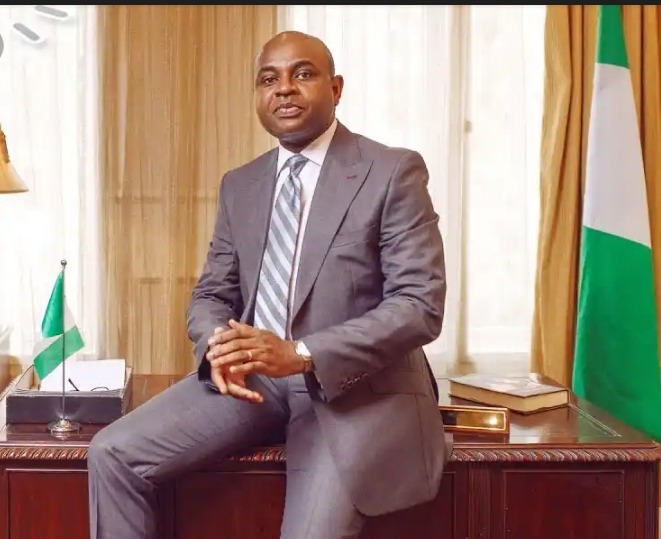 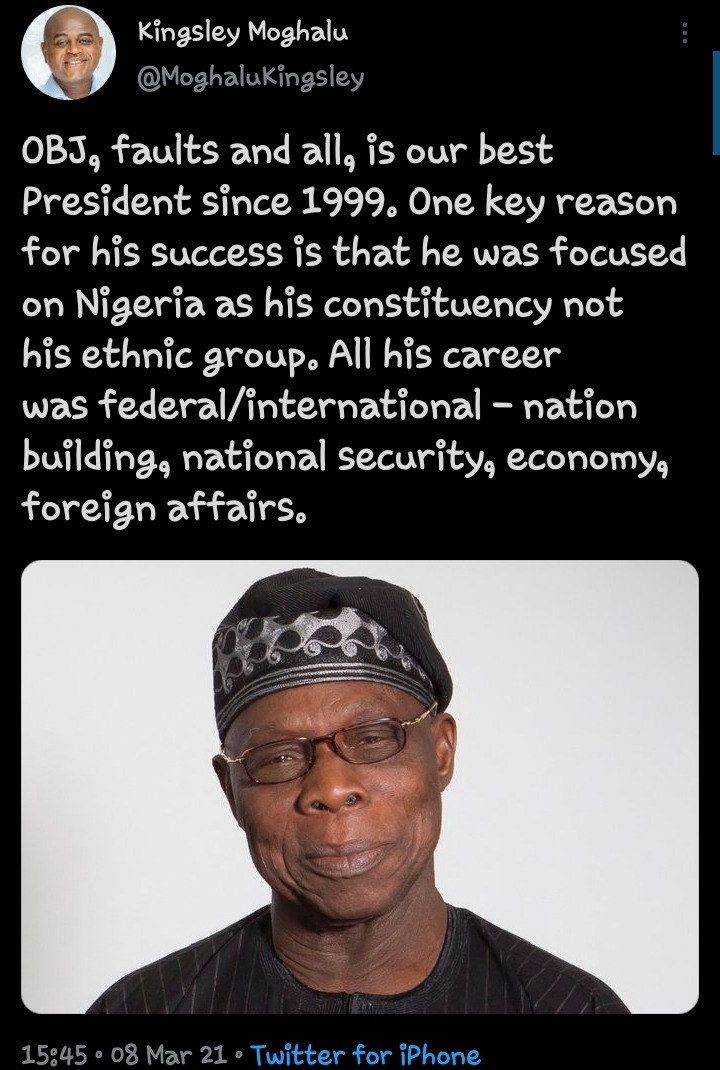 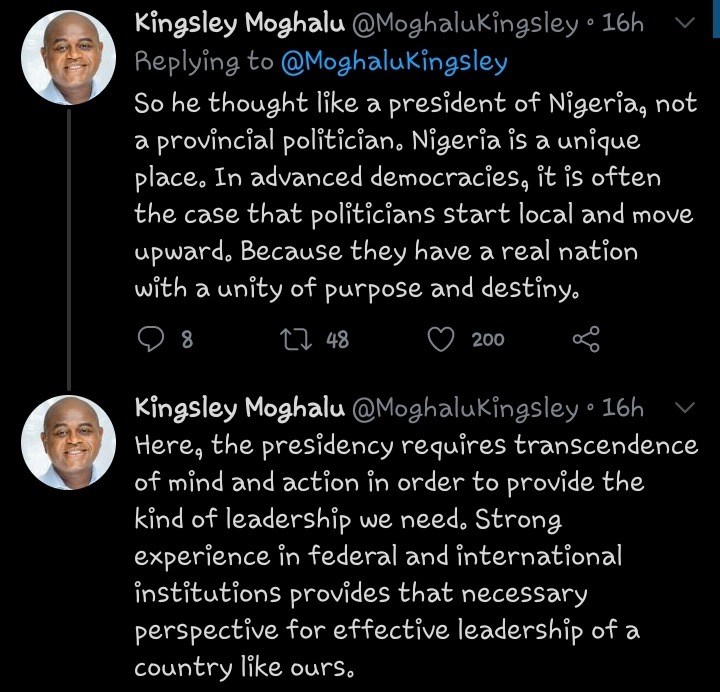 Without doubts, every man is entitled to his own her own opinion and Kingsley made a bold move by stating Obasanjo as he's best President but that wasn't without his initial statement in the tweet, 'Faults and All' before he continued; that signified Obasanjo also had his faults just like every human does. 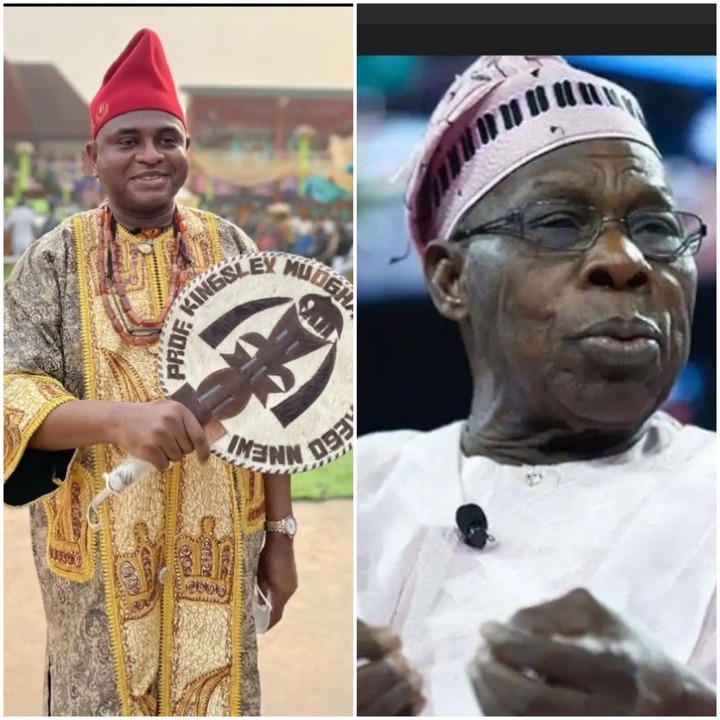 Some Nigerians weren't too comfortable with his stance as they thought he is tightly linked to corruption and was in charged when the 'Zaki-Biam' Massacre occurred in the early 2000s. Below are some reactions to Kingsley Moghalu's stance on Obasanjo; 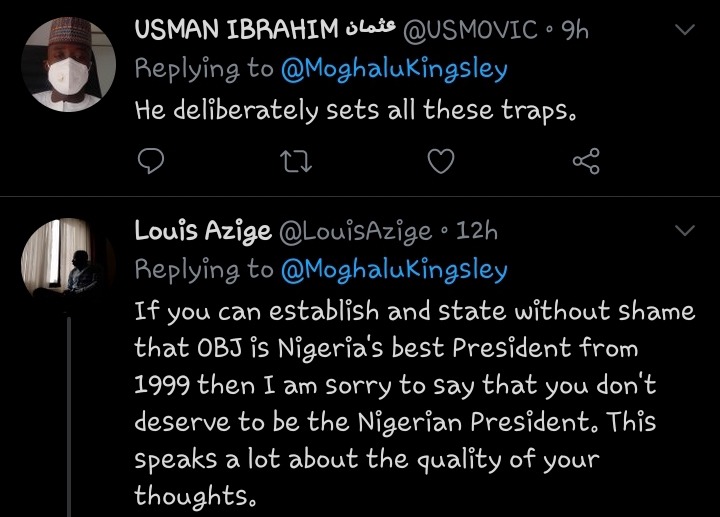 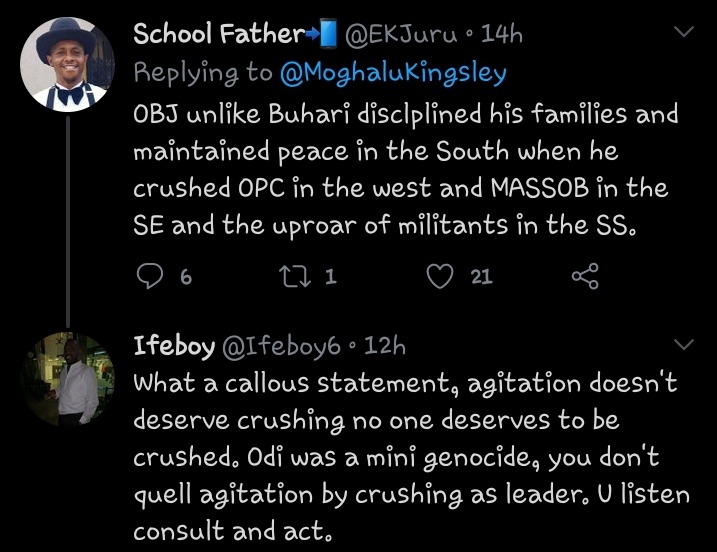 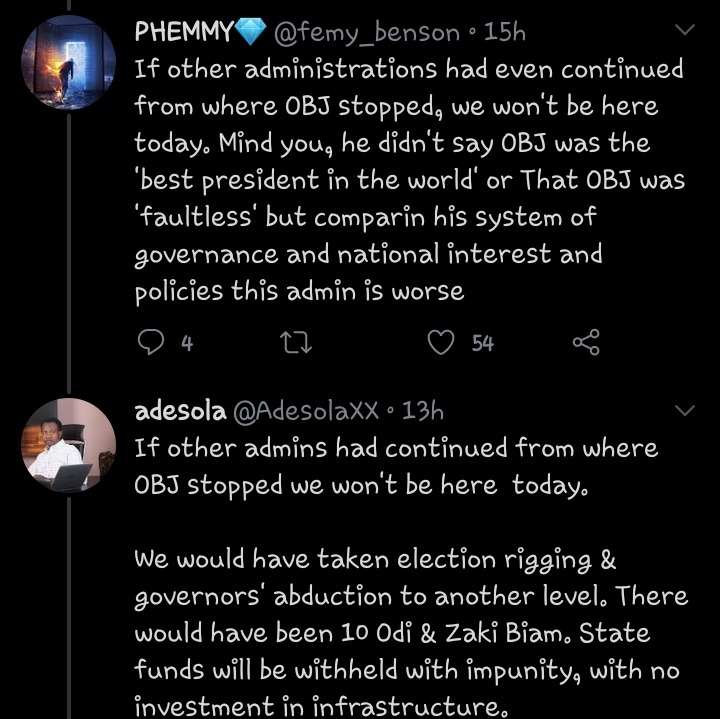 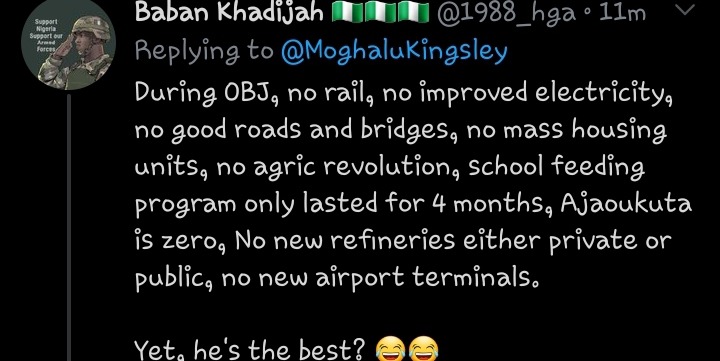 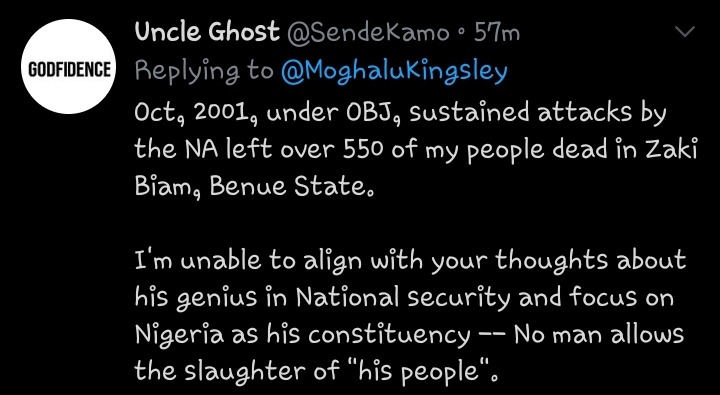 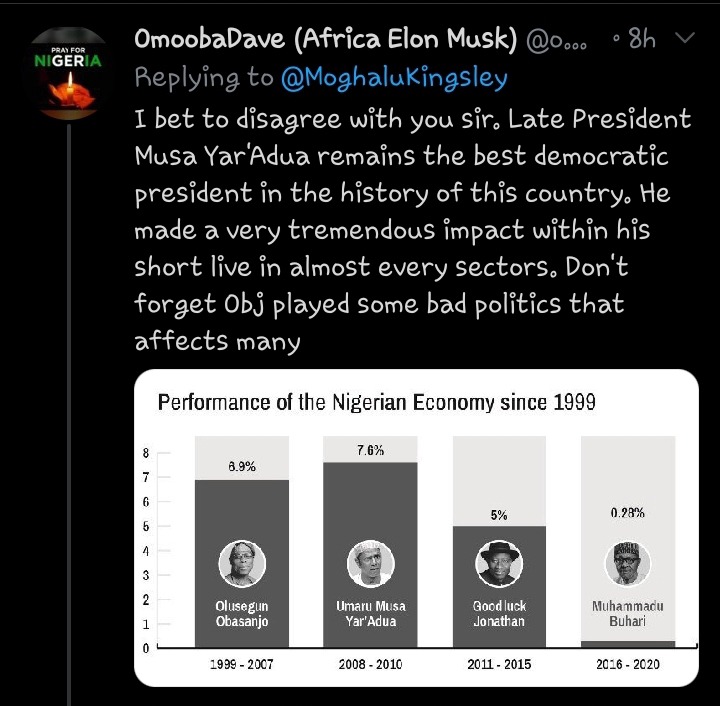 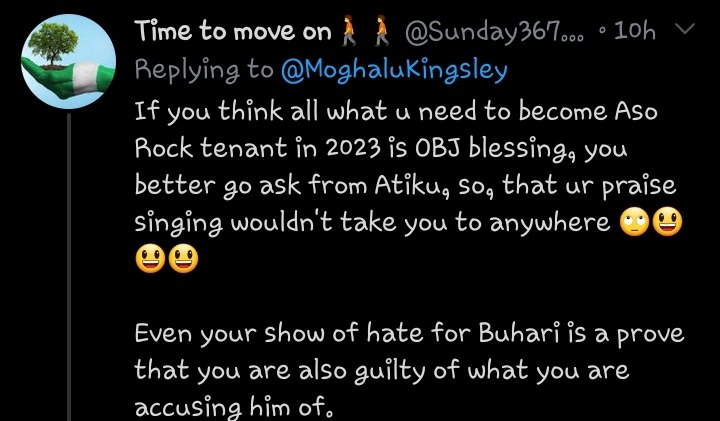 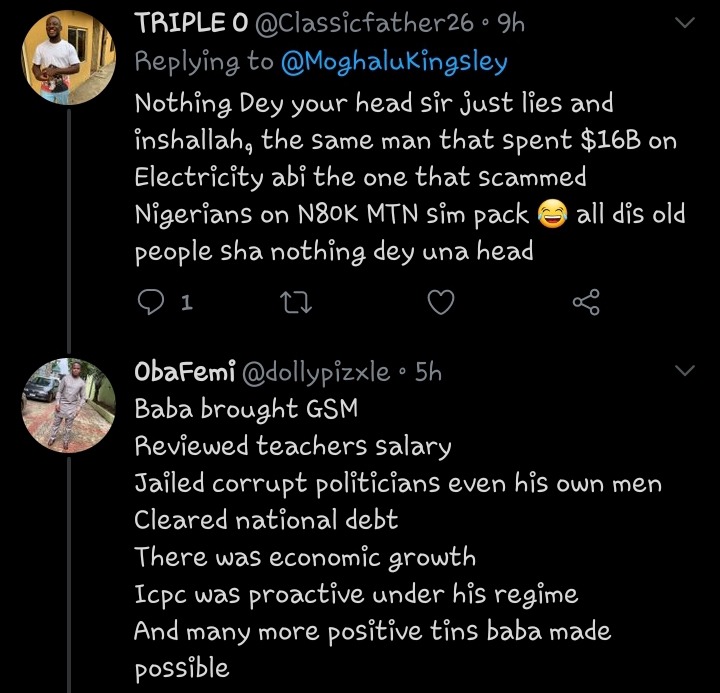 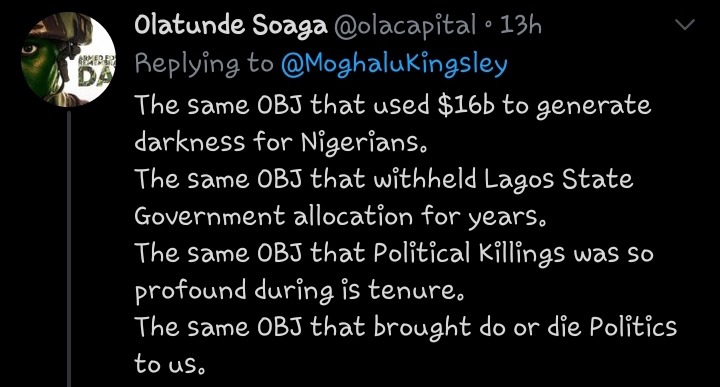 Kingsley was able to point out his reasons for standing by Obasanjo and it's left for others to support or criticise his decision in an objective manner.

Do you think Sir Kingsley isn't far from the truth by saying Obasanjo is the best President the country has had since 1999?