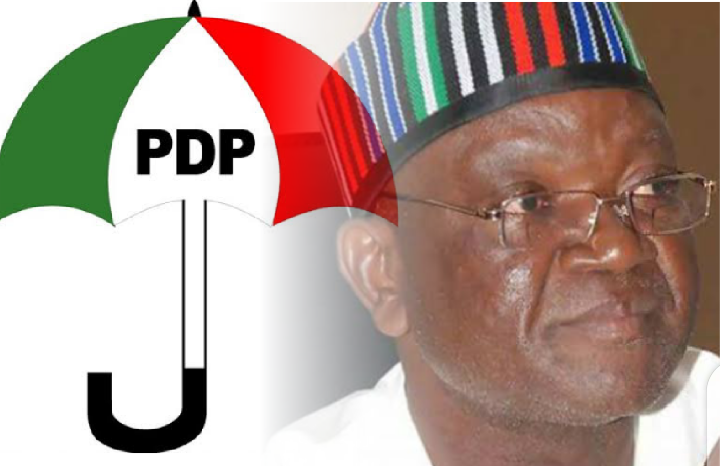 Nomination forms for the various offices in the National Working Committee, NWC, of the Peoples Democratic Party, PDP, will be on sale, Monday next week, convention planning organizing chairman, Ahmadu Fintiri has said.

The Adamawa state governor stated this yesterday in Abuja after a meeting of the committee at the party’s national headquarters. 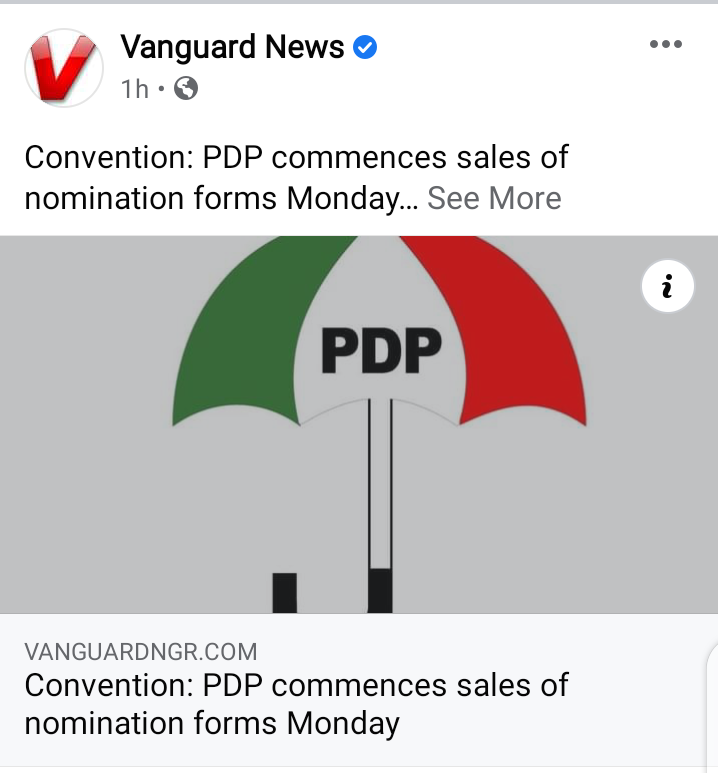 This is even as he noted that the committee is planning with the October 30/31 dates in mind. According to him, the Eagles Square has been secured while the Old Parade Ground, Area 10 will serve for accreditation.

He said, “We expect that sales of forms will commence on Monday and we also expect that the screening committee should also commence and conclude their work on or before the end of next week so that those who are vying, will go about and do their campaign.

2023: Zoning not the problem of Nigeria – Ortom

Given the heated debate about the zoning of political offices particularly the presidency ahead of the 2023 general elections, Governor Samuel Ortom of Benue state has reiterated that zoning is not the problem of Nigerian stressing that Nigerians are currently clamouring for the best hands to led them. 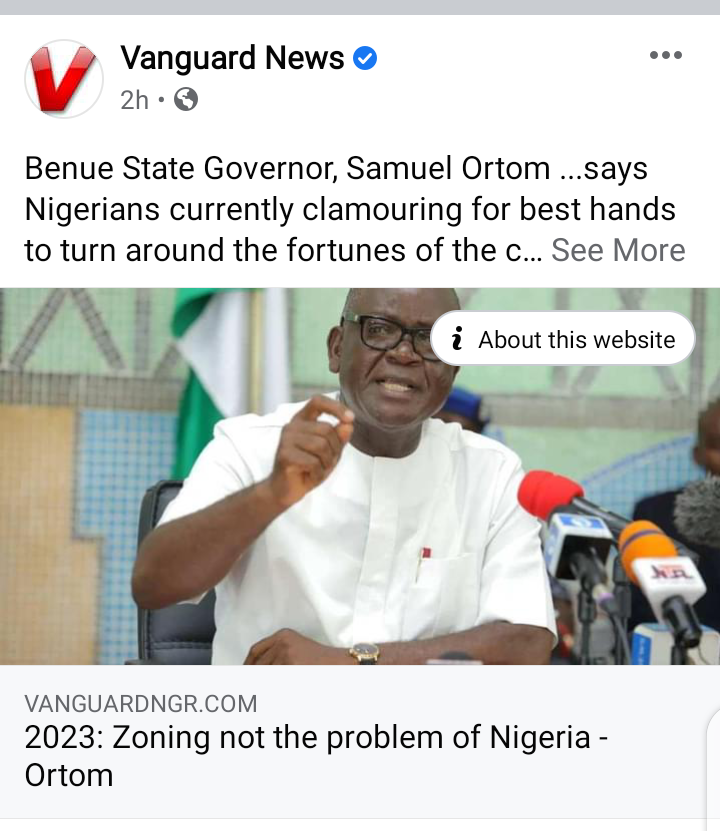 He reiterated that the Peoples Democratic Party, PDP, will heed to the demand of Nigerians to be led by the best hands that would turn around the fortunes of the country and improve their living condition.

The Governor who spoke at the Makurdi airport on arrival from Abuja where he attended meetings of the PDP said “I have always said that zoning is good but it is driven by the marginalization of people and also the level of poverty among the people.

2023: Corrupt persons should not be allow to contest, CACOL insists

The Centre for Anti-Corruption and Open Leadership, CACOL, has concluded plans aimed at prioritizing Anti-corruption and accountability issues during the coming 2023 elections. 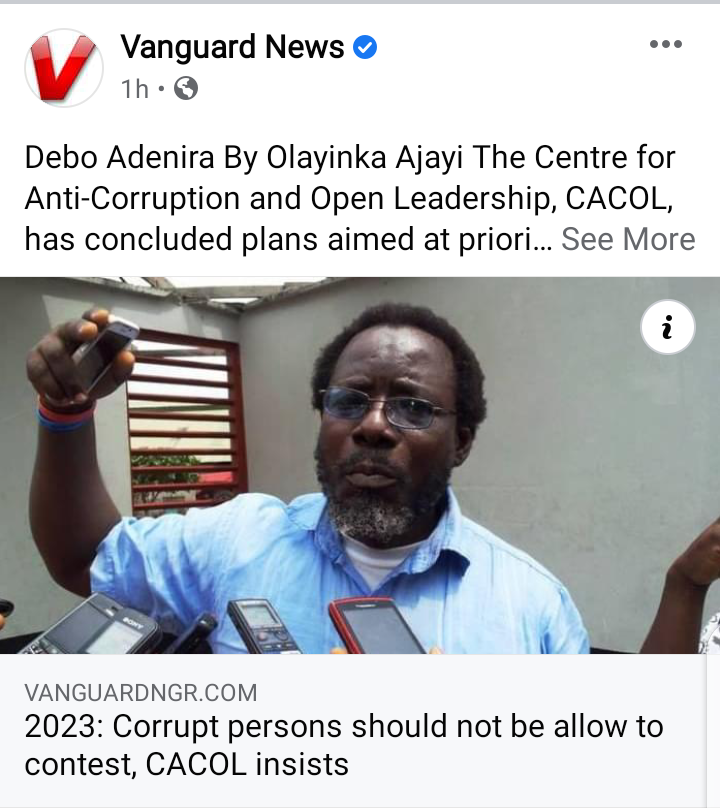 According to the group, the plan is in response to the need to prevent potential rollback of post 2023 election by strengthening the support base for anti corruption reform.

Osun State Governor Adegboyega Oyetola, has described as unfounded and untrue, the report linking him to the purchase of a property in London, United Kingdom. 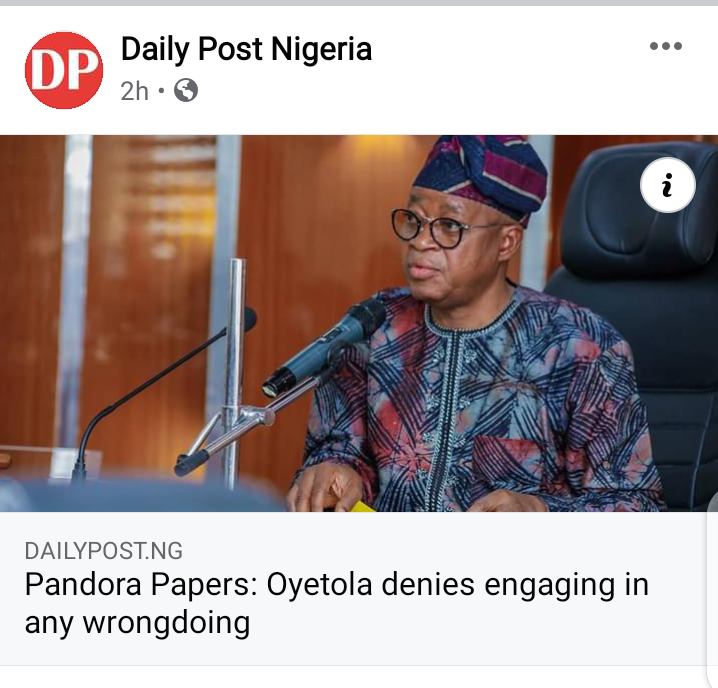 Oyetola also said that he resigned from the company, ‘Aranda Overseas Corporation’, that was allegedly used to buy the said property in 2011 upon his appointment as the Chief of Staff to the then Osun Governor, Rauf Aregbesola.

He explained that he had no relationship whatsoever with Adebayo Aluko, the alleged owner of the said property let alone have any business transaction with him.