By sulayadisa (self media writer) | 22 days ago 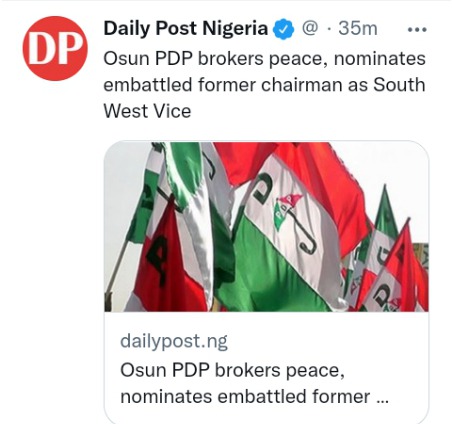 The Peoples Democratic Party (PDP), Osun State Chapter has nominated Olasoji Adagunodo, the embattled party chairman of the party in the state for the position of National Vice Chairman, South West.

This decision was contained in a letter addressed to Governor Seyi Makinde of Oyo State, a copy of which was made available to DAILY POST on Thursday.

Adagunodo’s nomination was arrived at after an extensive meeting of the Osun PDP elders and leaders which held at the Okuku residence of Olagunsoye Oyinlola, a former Osun State governor on Thursday.

In the letter, the State Executive Committee of the Osun PDP indicates that it had nominated Olasoji Adagunodo as a replacement for the position National Vice Chairman, South West Zone which was vacated by Ambassador Taofeeq Arapaja. 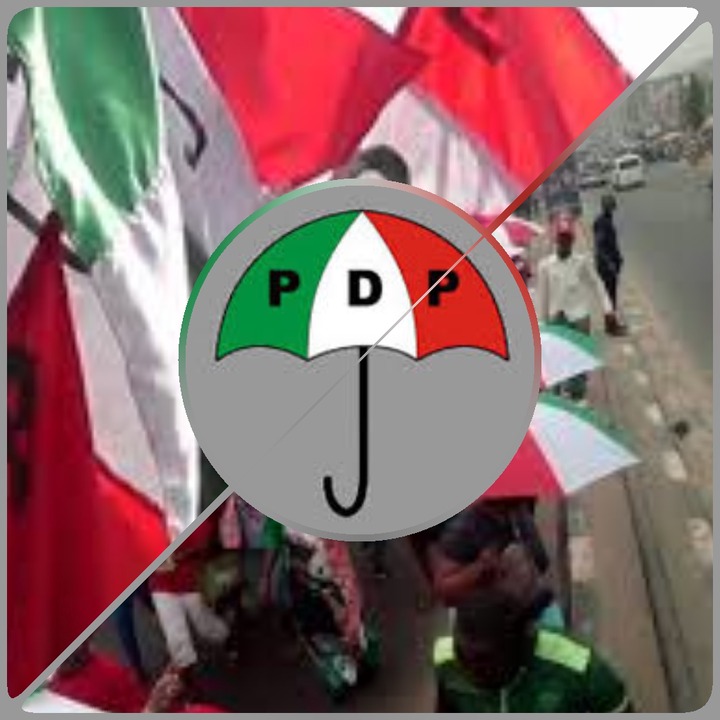 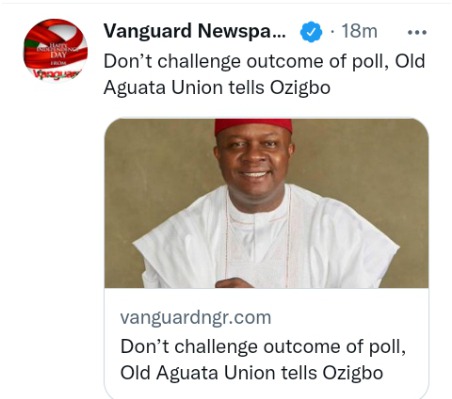 The Old Aguata Union, OAU, an umbrella body of the three local government areas in Aguata and Orumba have urged the Governorship Candidate of the Peoples Democratic Party, PDP, Mr Val Ozigbo not the challenge in court the result of the Anambra State governorship election won by Professor Chukwuma Soludo of All Progressives Grand Alliance, APGA.

A letter to Ozigbo signed by the National President of OAU, Professor Ifeanacho Orajaka and National Secretary, Sir Uche Chiadi said: “On behalf of the entire Old Aguata Union OAU, we commend and appreciate you on your very strong showing in the Anambra State governorship elections held recently. 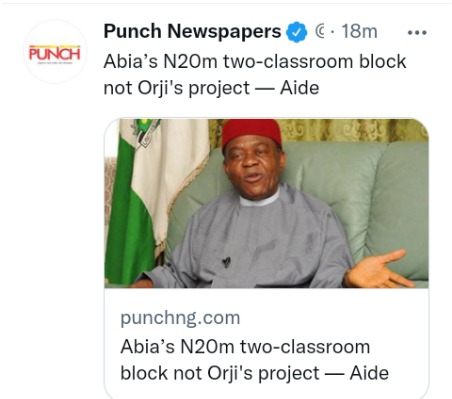 The Senator representing Abia Central in the National Assembly, Theodore Orji, has denied claims that the Umutowe Primary School, Olokoro, in Umuahia South Local Government Area, is one of his constituency projects.

He said the project was that of Ikwuano/Umuahia Federal Constituency.

Orji, who spoke through his Senatorial Liaison Officer, Ifeanyi Umere, said the project in question was that of the member representing Ikwuano/Umuahia in the House of Representatives, Sam Onuigbo. 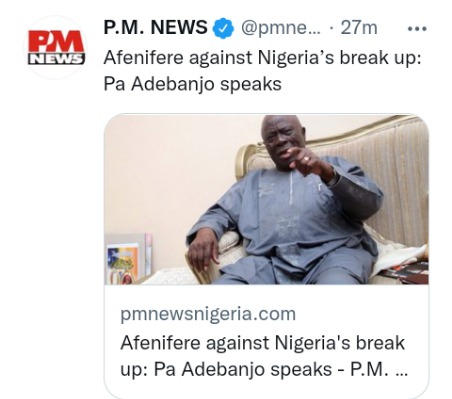 Chief Ayo Adebanjo said Afenifere does not believe in secession and disintegration of Nigeria but demands true federalism to address the country’s challenges.

The leader of the Pan-Yoruba socio-political group stated this while addressing the press at the Wheat Baker Hotel in the Ikoyi area of Lagos State.

He, however, noted that the group will lead the Yoruba nation to demand substantial restructuring before any election could be held in 2023.

He said: “We are not anarchists; we are not secessionists. We recognize that there is a democratically-elected government. 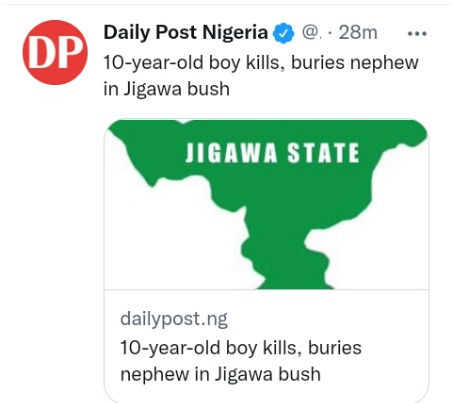 The Jigawa State High Court sitting in Gumel had found a 10-year-old boy guilty of the offence of culpable homicide in Gumel Local Government Area.

Presided by Honourable Justice A. M. Sambo, the court said the offence is contrary to Section 221(b) of the Penal Code Law of Jigawa State.

The prosecution led evidence and established the fact that the defendant took his 3-year-old nephew (name withheld) from his grandmother’s house to his mother’s home.