Arrow, a Metaphorical story about Nigeria

By FindOut (self media writer) | 1 year ago 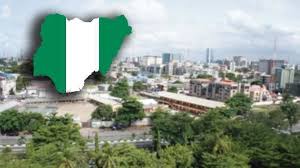 Arrow is an American Home Video with the cast, Oliver Queen and his father who are lost at sea when their luxury yacht sinks, apparently in a storm. His father dies, but Oliver survives for five years on an uncharted island and eventually returns home. But he wasn't alone on the island where he learned not only how to fight and survive but also of his father's corruption and unscrupulous business dealings. He returns to civilization a changed man, determined to put things right. He disguises himself with the hood of one of his mysterious island mentors, arms himself with a bow and sets about hunting down the men and women who have corrupted his city, Sterling City. It is the belief of some corrupt people of Sterling city that “Sterling City is damaged beyond redemption”. As a result, they’ll cease every opportunity to turn Sterling City down at the benefit of their gains. Despite his hard labour and supports gotten from friends i.e. John Diggle, the fight never ended with Oliver Queen but continued with their kids as well.

So relevant, this city should be named Nigeria instead of Sterling City. Nigeria was amalgamated in 1914 to be Nigeria from the previously named “Niger Area” and in 1960, we were democratically authorized suffice our republican in 1963. Ever since the inception, Nigeria has been a battled land of corruption among other significant criminal cases. Nepotism, bribery, corruption, rape cases, tribalism, religious intolerance, killings and rituals, political instability, poor enforcement of law, theft among others all resulting from controllable causes, unemployment, lack of trust, lack of tolerance, impaired constitution.

“Nigeria today, is nothing to write home about” if I could put it that way. No harm meant but to a reasonable man, Nigeria is dying and some cabals believe she’s beyond redemption just like the Sterling City. Corruption along with bribery had grown wings today and dining uncontrollably just because everyone loves richness and with no significant consideration for the source. The presidency is corrupt but the National House of Assemblies (Representatives and Senate) were the bone of contention and no single action is taken to control this. 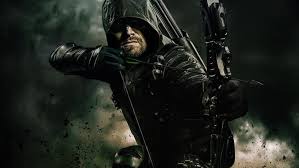 Every citizen of Nigeria look up to our senators and representatives; the buoyant life they live and become billionaire within their 4 years or 8 years of selfish service. Imagine! A senator makes not less than N20m monthly and N240m in a year and N960m in 4 years not to mention some other huge benefits attached. Unemployment is the song on the lips of the masses but these people, the senators are not in a way ready to control this other than ripping the masses more and draining them off to make themselves and their families enjoy the labour of the people under the sun.

Typical Nigerians wake up every day with a thought of what to put into their mouth and the family they’re blessed with and yet, it’s these people that less than N50,000 monthly with a lot of dependent relative, family and friends. Yet, the political office holders are mean and selfish; they care about themselves and their family members only except for their concubines and girl friends. These are the set of people that vote for them and make them what they are today but these people only meet them every 4 years, that’s the election periods only.

The set of cabal I’m referring to are those with power, people within election right and ability to control and determine the faith of the millions of Nigerians they represent and govern. Those that believe Nigeria is beyond redemption are Nigerians cheating on powerless Nigerians who depend largely on their monthly token salaries, daily raids and probably from their sleepless jobs.

If Nigeria is going to be great again, Nigerians have to stand up against these set of people; the same people we’re electing into power, people that represent our right, interest and choice but only make themselves comfortable while people that voted them in are in abject poverty. External influences on Nigeria is very minimal, Nigerians are the problem of this country. 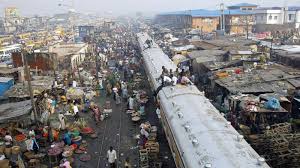 Content created and supplied by: FindOut (via Opera News )