How APC Can Win Back Edo State

Already the deed has been done, and it will take the mercies and Grace from God Almighty to return power back to the All Progressive Congress, APC from the Peoples Democratic Party, PDP in Edo State, not after the incubent Governor of Edo State, Governor Godwin Obaseki dumped the APC for the PDP because he was disqualified to contest the APC primary election held on the 22nd of June, 2020. As it stands now, the All Progressives Congress, APC are fighting tooth and nail to reclaim back their lost territory of Edo State, which they have had for keeps for the past six (6) years since 2014, when Comrade Adams Oshiomhole, through his labour union activism during Chief Olusegun Obasanjo administration, endeared him to the people of Edo State, and he won a landslide victory against the incubent Peoples Democratic Party, PDP under the defunct Labour Party, LP; his penchant for progressive ideals made him to join the All Progressives Congress APC in 2014, towards the last lap of his second tenure. But, the All Progressives Congress, APC still has one unused lifeline which they can throw into the ring, in order to reclaim their lost territory from the stronghold of the Peoples Democratic Party, PDP. Not minding the large constitution of an High Calibre of persons by the Acting National Chairman of the APC, Governor Buni of Yobe State to form a National Campaign Council for the APC, headed by Governor Ganduje of Kano State, with several APC Governors, deputy Governors, Ministers, Board Chairmen, Ambassadors etc as members, it is almost impossible for the APC to regain Edo State from the grip of the PDP, but if they do understand that, the people of Edo State voted for the All Progressives Congress, APC in 2016 because of change, and the desire to taste something new and progressive, they will not be able to wrestle power from the grasp of the PDP come September 19, 2020. 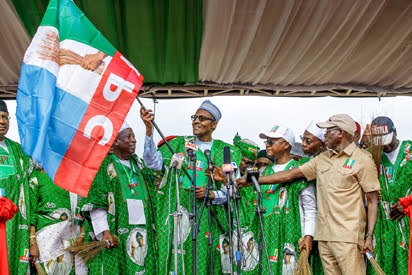 Hence, the All Progressives Congress, APC should as a matter of urgency and seriousness, if they really want to oust the Peoples Democratic Party, PDP from power by September 19, 2020, had to go back to their drawing board, and conjure out those old tricks and charms, that got the people of Edo State flocking to their side in 2016, because what the people of Edo State want, is a progressive development agenda, and that was what Comrade Adams Oshiomhole had that made Edo people, to give him the free hand to endorse his successor, Governor Godwin Obaseki in the 2016 governorship election, because he had a track record of developmental achievements that spoke gloriously of his name. Now why Edo people are trooping to Governor Godwin Obaseki's side even after he left the All Progressives Congress, APC to the Peoples Democratic Party, PDP was because he had a track record of developmental achievements. Is Pastor Ize-iyamu sellable? Does he has a track record of glowing achievements with Edo people? But if it suffice that, Pastor Ize-iyamu Osagie does not have a glaring track record of developmental achievements with the Edo people, the All Progressives Congress APC can still depend on one quality which they have, that has always endears voters to their side, which is Genuine Love! 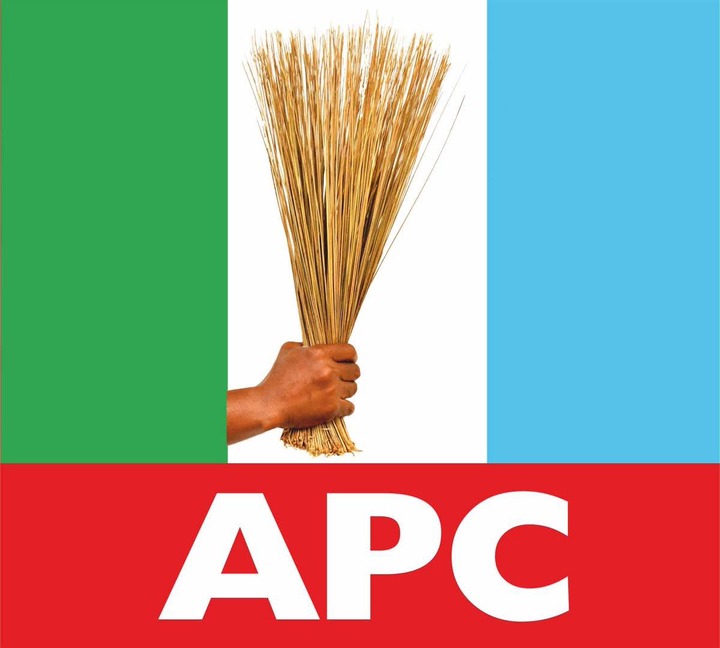 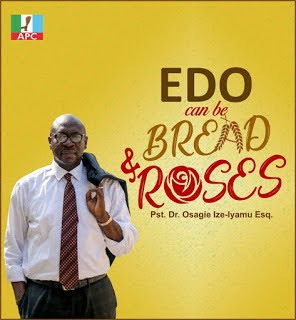 Thus, if the All Progressives Congress APC in Edo State wants to reclaim back Edo State, they should go back to the basics, back to the grassroots and rekindled hope in the young lads, who are urging to take over from their fathers and mothers who they believed, had over stay their welcome in the corridors of power. If they can carry their campaign to the young lads in Edo State with the needed motivations and assurance, they will not only reclaim Edo State from the PDP, they will win it for keeps for a long time until something like what happened between Adams Oshiomhole and Governor Godwin Obaseki occurred, their hold on Edo State will reign for long. 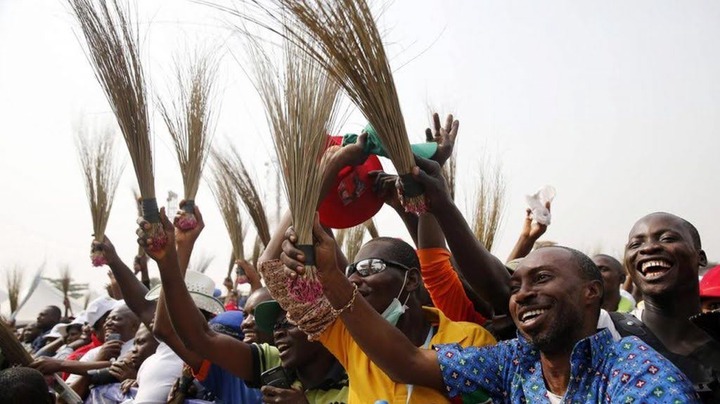