By Lazyyouths (self media writer) | 13 days ago 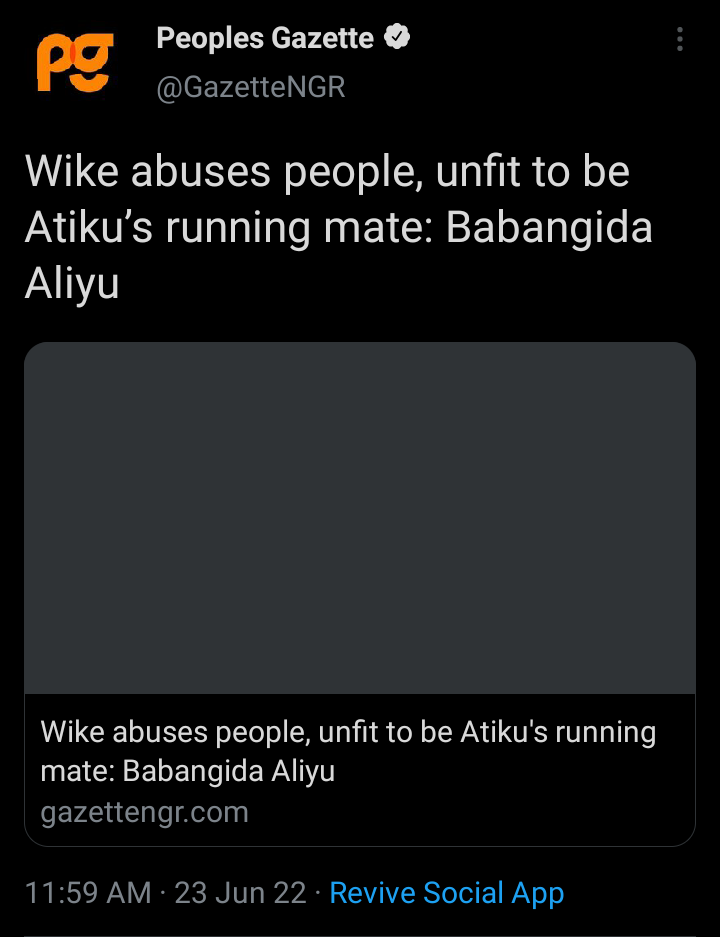 Governor Wike does not have the moral credentials to be former Vice President Atiku Abubakar’s running mate in the 2023 presidential election because he is abusive, says ex-Governor Babangida Aliyu.

Mr Wike was among the names shortlisted as a possible vice-presidential candidate of the PDP by the party’s committee shopping for Mr Abubakar’s running mate.

Mr Abubakar had said, upon Governor Ifeanyi Okowa’s emergence as his running mate, they complemented each other, describing Mr Okowa as a gentleman. 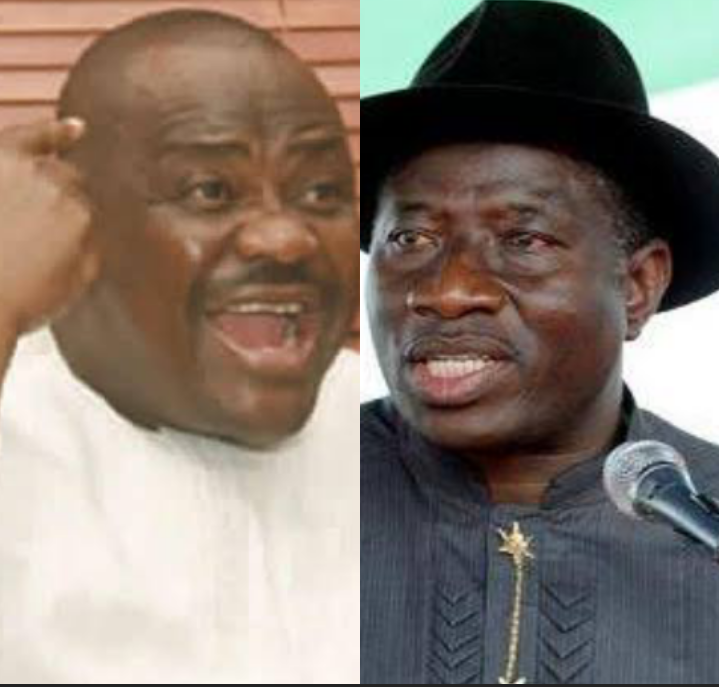 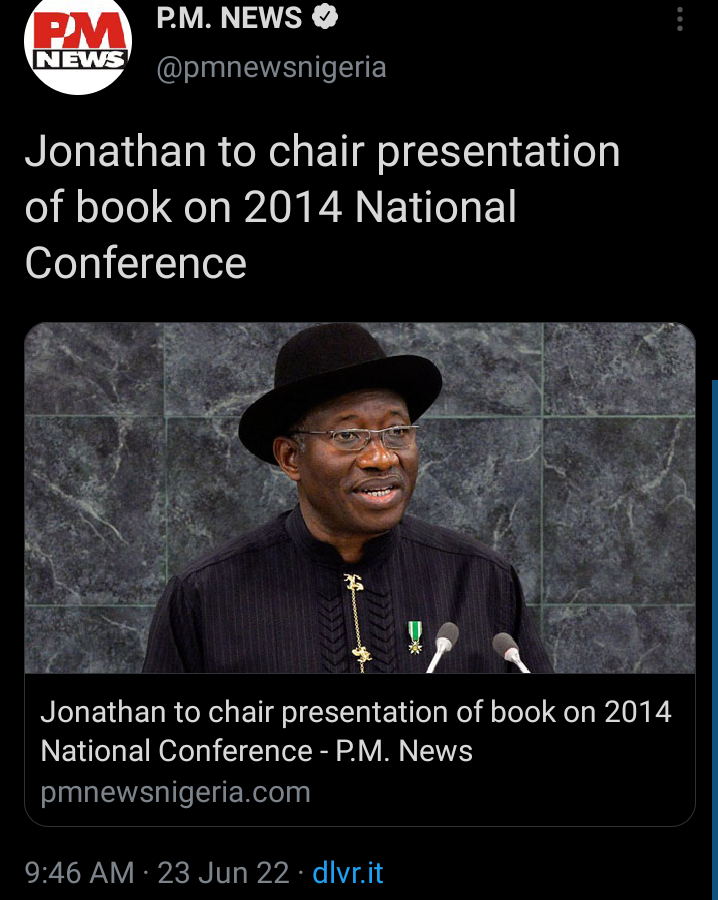 Former President Goodluck Jonathan will next Tuesday, 28 June chair the presentation of a book on the 2014 National Conference.

﻿Akpandem James, one of the authors in a statement on Wednesday said Deputy Chairman of the Conference, Professor Bolaji Akinyemi, wrote the Foreword to the book which will be presented to the public at , NICON Luxury Hotel, Abuja. 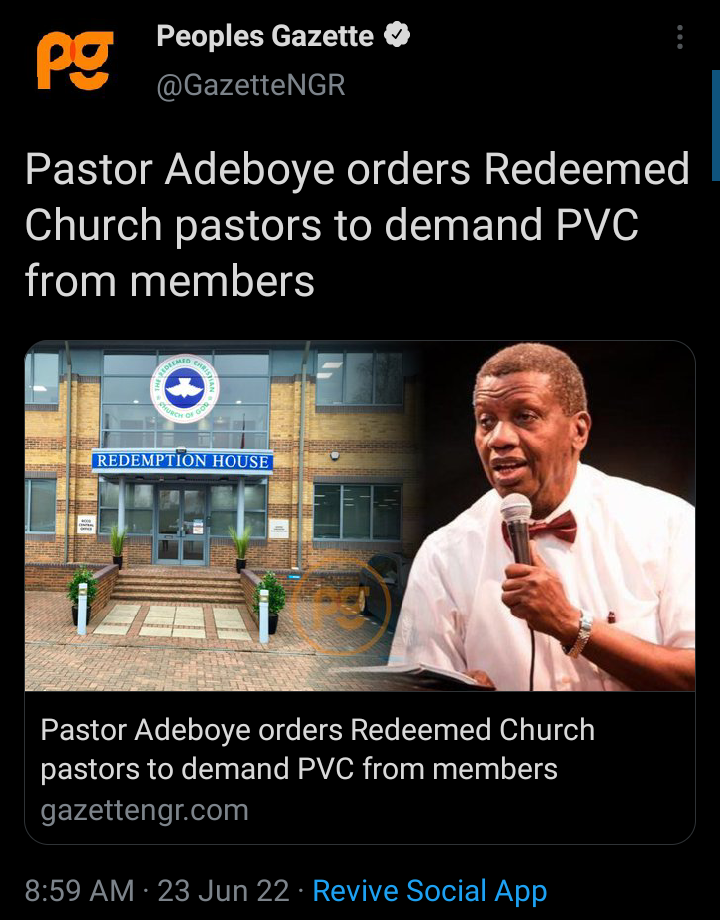 Enoch Adeboye, the general overseer of the Redeemed Christian Church of God (RCCG), has ordered all provincial pastors to demand Permanent Voter Cards (PVCs) from members.

The letter dated June 17, which emanated from Belemina Obunge, the Intercontinental Youth Pastor/PICR, under the RCCG, further directed pastors to use their parishes as sensitisation centres to fast-track PVC registration. 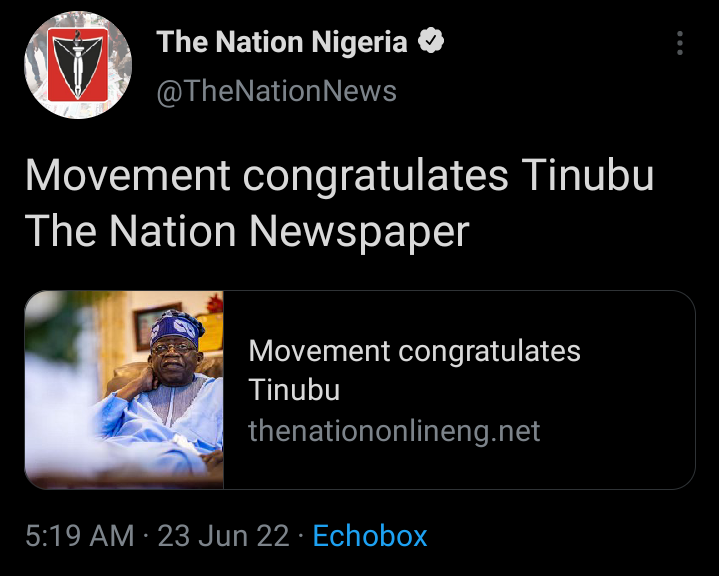 According to the National Coordinator, Chief Segun Balogun Afolorunikan, it is crystal clear that Asiwaju is the man the cap fits. He said it is evident on the track records that Tinubu is a man of the people, ‘a unifier, national icon, detribalized, focused, nation builder, visionary strategist and above all, a lover of humanity. 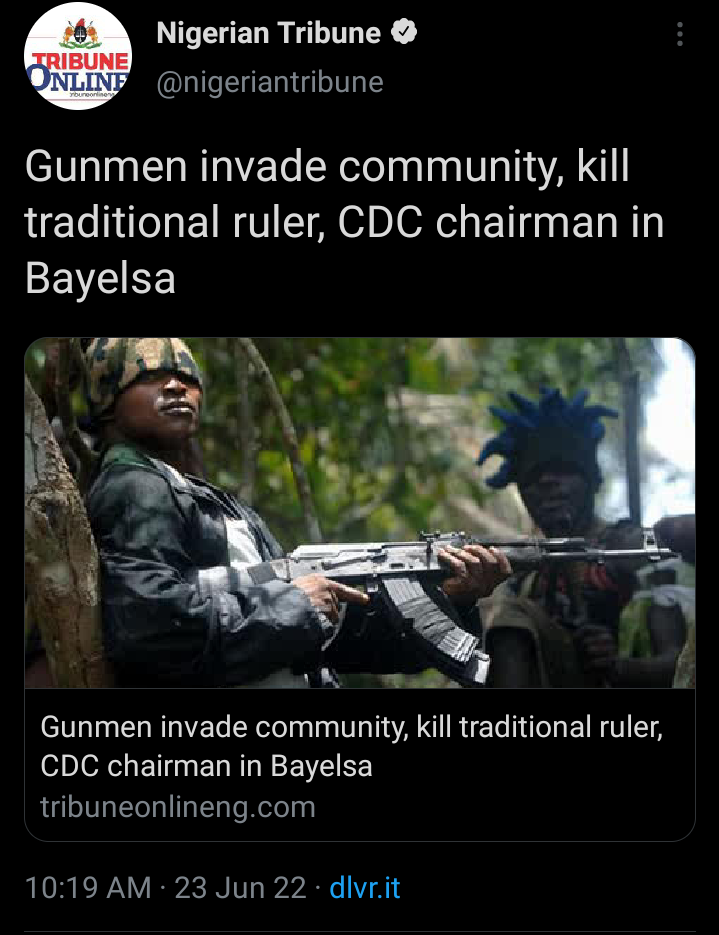 Gunmen suspected to be crude oil thieves have reportedly killed the traditional ruler of Kalaba community in Yenagoa Local Government Area of Bayelsa State, Francis Kolubo, and the chairman of the Community Development Committee (CDC), Samuel Oburo, for allegedly opposing their plot to set up a bunkering camp in the area.

According to community sources, the monarch was abducted from his palace on Sunday to an unknown destination where he was murdered, while the CDC chairman was dragged out of his house and brutally killed in his backyard.