Senator Amosu Refuses To Use Executive Seat At An Event

By Praizeteem (self media writer) | 7 months ago

Senator Ibikunle Omolaja Amosu was the immediate past Governor of Ogun State who was elected under the platform of the former Action Congress AC in 2011, a party that later metamorphos into All Progressive Congress APC. He was elected for a second term running in 2015 till 2019 when he handed power over to the Incumbent Governor of the State, Prince Dapo Abiodun MFR.

Senator Ibikunle Omolaja Amosu during his eight years tenure in Ogun State was seen as the as the architect of modern Ogun , looking at the infrastructural development across the length and breadth of the state especially his transformation of Abeokuta into a befiting state capital.

Senator Ibikunle Omolaja Amosu is the Senator presently representing Ogun central Senetorial district at the upper legislative house of the national assembly in Abuja, a position he got elected to after the expiration of his tenure as the executive Governor of Ogun State.

Precisely on Saturday April 3rd, at a Social gathering in Abeokuta the Ogun State Capital, Senator Ibikunle Amosu was at a social function of one of his special advisers during his tenure as the state Governor, in company of his wife , Mrs Olufunso Amosu, Nigeria High Commissioner to the United Kingdom, Ambassador Sarafa Tunji Ishola and his elder brother popularly known as Alhaji Agba. 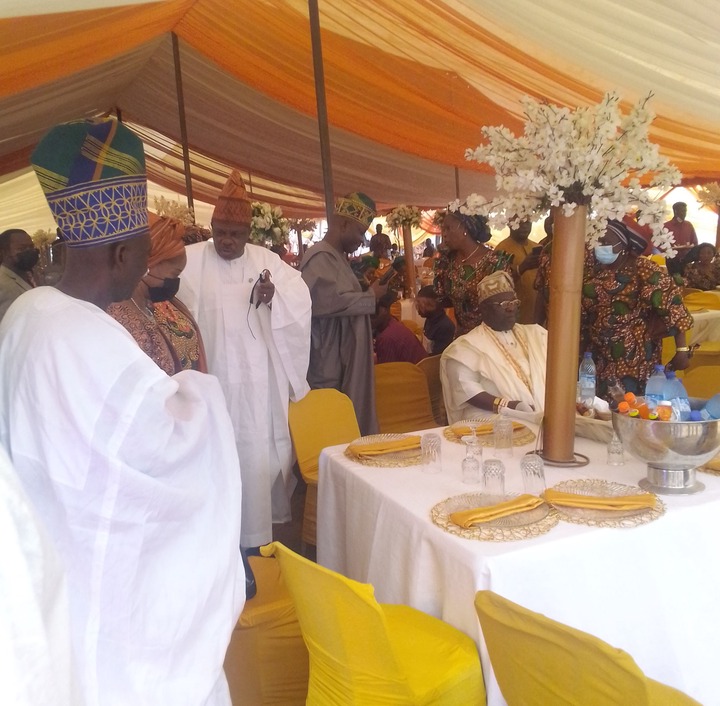 Before his arrival at event, a special settee that befits the personality of a former Governor and a sitting Senator with other convienients have been provided to honor the former Governor. 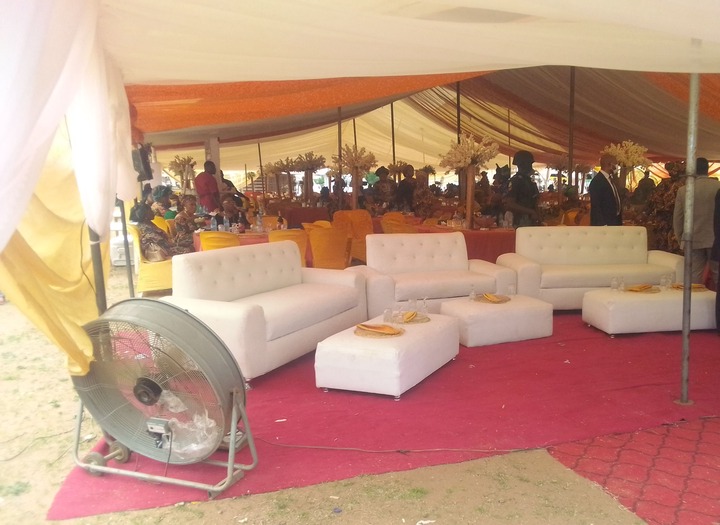 Surprisingly , on His Arrival at the event, Senator Amosu decided to sit where other guests at the event were , instead of the luxurious settee that has been provided for him. 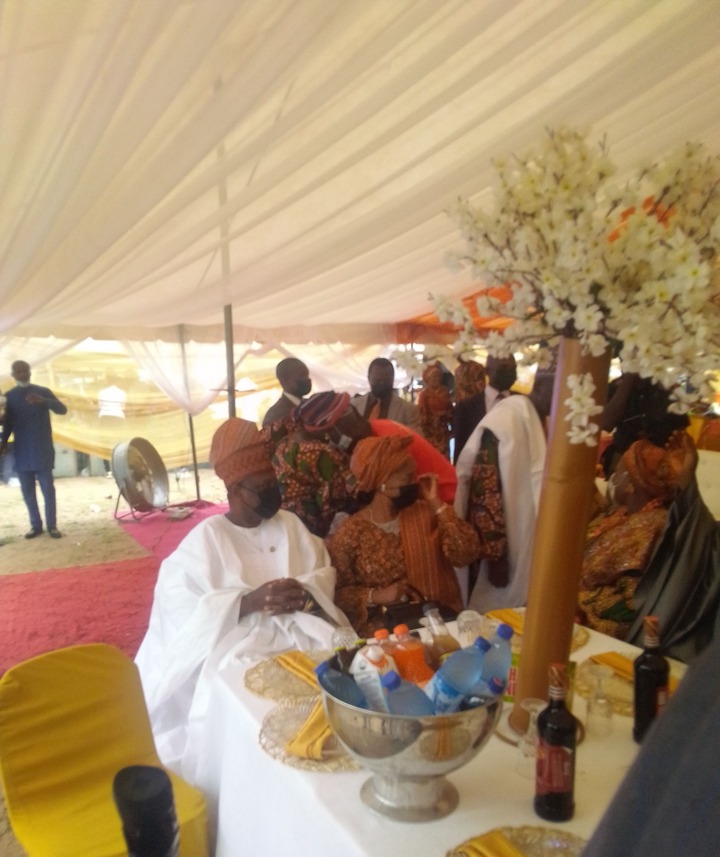 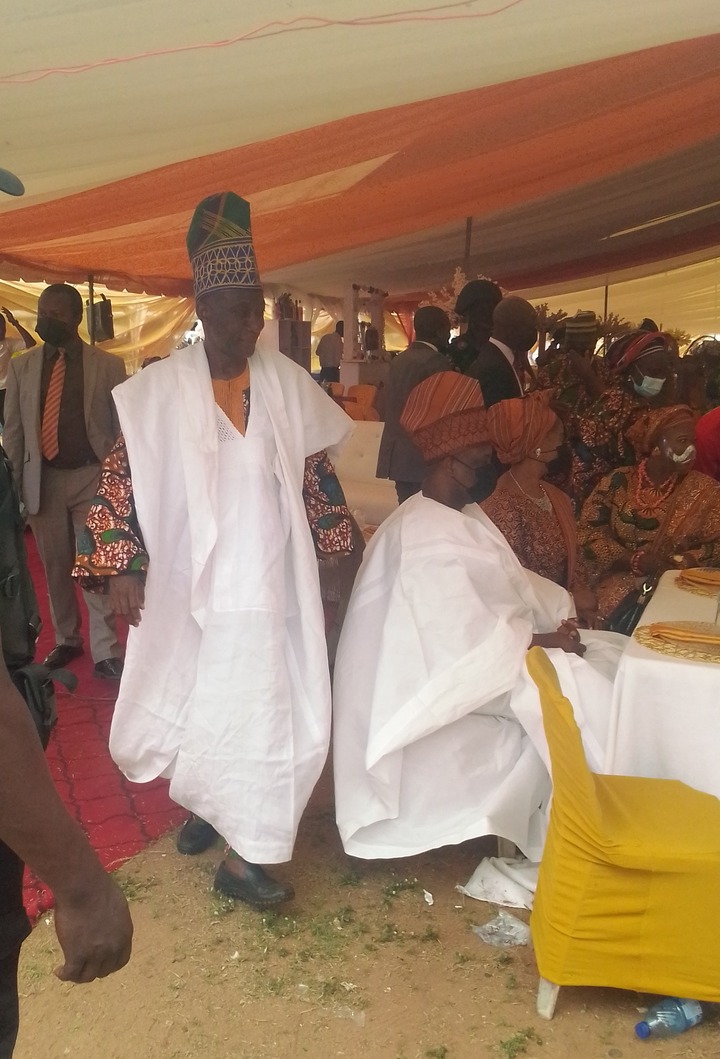 Call this humility of the highest order , you will not be totally wrong, seeing a politician of Senator Amosu personality and a Nigerian Ambassador, chosen to be associated with every other person present contrary to a situation whereby some Politicians will even wish that a section where they will sit at such event be partitioned owing to whom they are..

What Can you say about this exemplary character of the former Governor in company of an Ambassador. Kindly drop your views and Opinion in the comments box and do not forget to follow this media for a regular news Update.