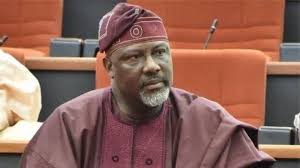 Dino Melaye is one of the controversial politicians in Nigeria. He was a Senator and a member representing Kogi west Senatorial district at the National Assembly. Before becoming a Senator, Dino Melaye was a member of the House of Representatives under the People Democratic Party (PDP). Before the 2015 general elections, he left the People Democratic Party (PDP) and defected to the newly formed All Progressive Congress (APC) where he ran for Senate. He eventually won the keenly contested election. He defeated Senator Smart Adeyemi. The fact remains that Senator Dino Melaye is a threat to the future political ambition of Gov. Yahaya Bello, 2023 is around the corner when we shall see for ourselves.