By matthewtegha (self meida writer) | 28 days 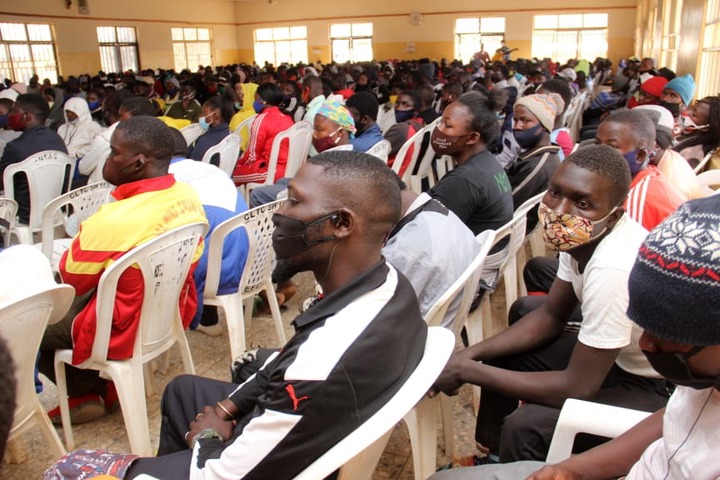 Institute of Governance and Social Research (IGSR) in collaboration with the Global Community Engagement and Resilience Fund (GCERF) is implementing a project titled “The Youth and Peaceful Coexistence in Community: The Plateau Case” in Plateau Central Senatorial Zone. One of the major activities of this project is the Youth Peace Camp organized by IGSR in collaboration with the Citizenship and Leadership Training Centre (C&LTC).

IGSR just concluded its sixth camp in Round II which commenced from 28th February to 6th March 2021 with a total of 500 participants rebranded as Youth Peace Ambassadors graduating from the Youth Peace Camp. In Round I of the project, 1,711 (one thousand seven hundred and eleven) Youths from Bokkos, Mangu, and Pankshin were sponsored to participate in 5 Youth Peace Camps (450 participants per camp). Due to the successes recorded from the first round, a second round of the project was approved and extended to the two other Local Government Areas in the Central Zone (Kanam and Kanke). In Round II, 6 camps have been organized for youths drawn from Central Senatorial Zone (Bokkos, Mangu, Kanam, Kanke and Pankshin Local Government Areas) in batches of 500 per camp. A total of 2,364 (two thousand three hundred and sixty four) youths have currently been trained on the project.

The core objective of the Camp is to re-orientate the vulnerable youths from the Central Zone of Plateau State who are susceptible to Violent Extremism. The Youth Peace Camp is a seven-day event which is designed to encourage peaceful coexistence and tolerance for each other’s values; establish Youth Peace Corps in each of the troubled wards of the 5 LGAs in order to discourage youth radicalization and violent extremism; prevent youth from engaging in extreme behaviour; and encourage peace building as well as peaceful conflict resolution in the area.

During each camp, the youth engage in series of physical and mental trainings as well as lectures from experienced resource persons in the different subject areas. The lectures includes topics such as: Towards De-radicalization of the youth: The Role of Political and Religious Leaders; Youth as Agents of Non-violent Change in Nigeria; Role of Sports in Peace Building and National Unity; Extreme behaviour and Societal Harmony; Entrepreneurship Skills and Capacity Building for the youth among others.

During the lecture sessions, lecturers taught participants various ways to resolve conflicts without resorting to violence, importance of understanding and tolerance to adopt peaceful co-existence and the importance of effective communication to avoid conflicts. Through the physical drills, participants learnt strong core values of cooperation, unity, bond, confidence and development of determination; all of which increased their sense of self-esteem, significance and value to themselves and their communities giving them the courage to have vision for themselves and their communities as agents of peace no longer available to be used to execute violence.

After the successful completion of the Peace Camp, those who graduate become members of the Youth Peace Ambassadors network. As a member of the network, they are required to be ambassadors of peace in their communities, to step down lessons learnt during camp, to initiate various community development activities to promote peaceful co-existence and tolerance. It is also through this forum that youths encourage themselves to carry out projects that are beneficial to their community and advice others to live by example as agents of peace.

The Closing Ceremony of Youth Peace Camp VI held on the 6th of March, 2021. The Coordinator, C&LTC welcomed all who were present and congratulated the participants who he said displayed good and exemplary character. He appreciated the organisers, IGSR and the sponsors GCERF for investing in the youths to become peace agents in their communities. He thanked them for their dedication and urged them to put all they had learned into practice in their communities as they returned home.

Following the remarks by the Unit Coordinator, IGSR’s Director of Administration, Dr. Waheed Adedeji welcomed everyone to the closing ceremony and congratulated participants, accompanying officers, recruiters, stakeholders and IGSR staff for a successful camp. He was grateful to security personnel for maintaining a peaceful camp without bad reports and urged the participants to be diligent in stepping down all they had learnt during the camp to their communities. The course report was then presented by the Unit Course Officer, Mr Fatai Adekunle who reported that they have created awareness on the need for peaceful co-existence in the youth and all 500 participants remarkably qualified for certificates.

Guests were also entertained by participants of the cultural dance troupe who acted a drama portraying the strength of Nigeria when her citizens unite as one for the growth of the nation. This was followed by the 11 participants representing the 5 LGAs presenting a communiqué that summarized the lessons they had learnt during the camp with observations and recommendations.

According to the communiqué, the participants observed disrespect for other people’s religious and ethnic values as well as political ideologies is a major cause of violence among communities in Plateau central. The participants also noted that youth do not channel their grievances and demands in a peaceful way; unemployment among the youth makes them active participants during crises; there is lack of patience, love and self-control among individuals in communities and lastly, there is a high rate of illiteracy among youths who have subjected themselves to social vices. These are responsible for increasing radicalization and violent extremism in several parts of Nigeria, including Plateau State. They resolved to use peaceful means to solve problems and grievances rather than resorting to violence. They will also let go of anger, pain, sadness and vengeance in order to live and propagate peace in their communities. Finally, the participants recommended that the government should organise skill acquisition programs for youths as this will go a long way in reducing restiveness.

Following the presentation of the communiqué, The IGSR Project Manager, Ms Victoria Isawa-Elaigwu advised participants to take it upon themselves the responsibility of stepping down what they have learnt at camp in their communities. She also noted that young people have a larger role to play in the development of the country than perpetuating violence.

The Senior Programme Officer IGSR, Mr Samuel Emelis gave the vote of thanks and encouraged participants to use the knowledge they gained during the camp to support peaceful co-existence in their communities. Finally, the Project Manager, IGSR inducted the participants into the Youth Peace Ambassadors Network and declared the camp closed after which all participants departed to their respective LGAs. 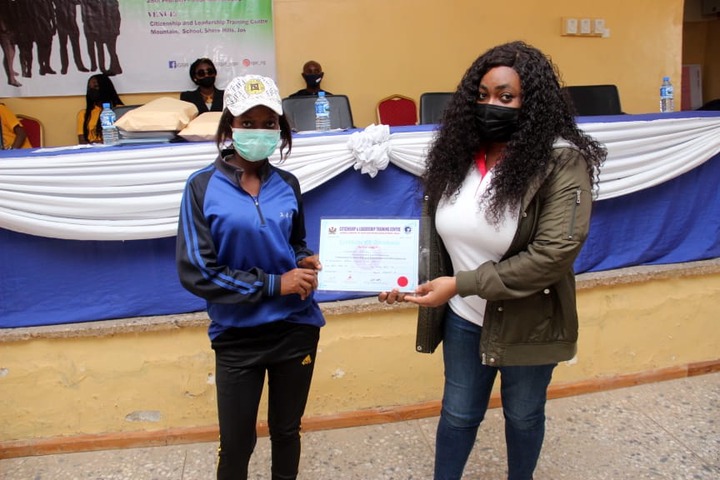 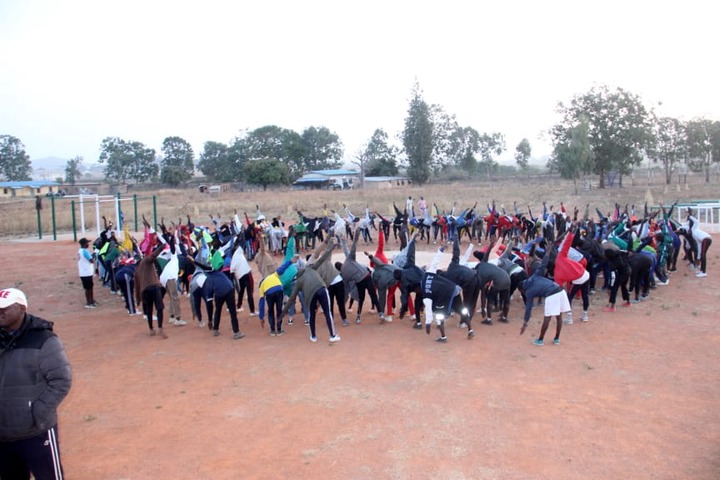 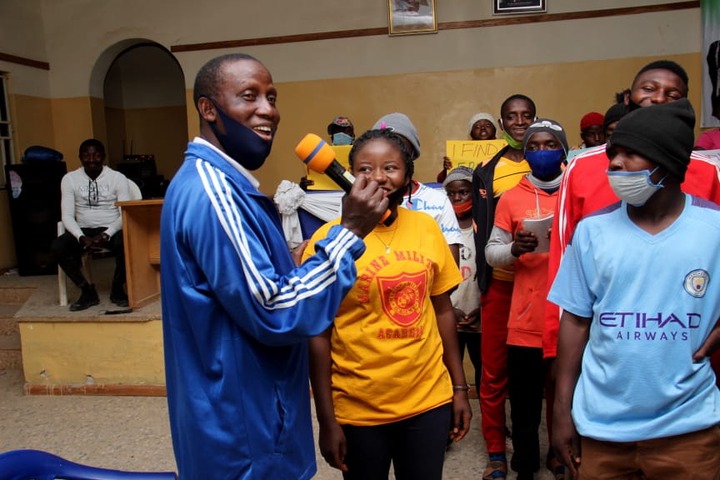 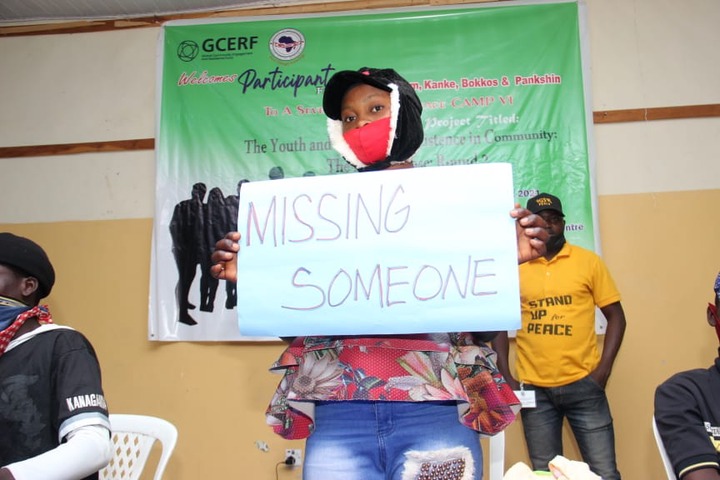 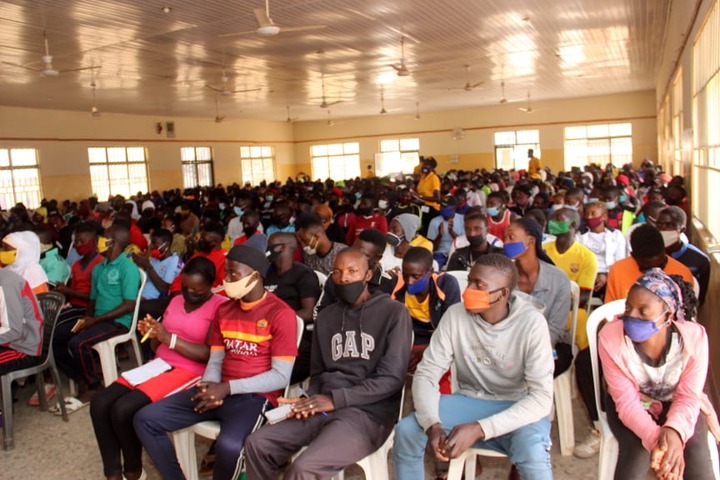 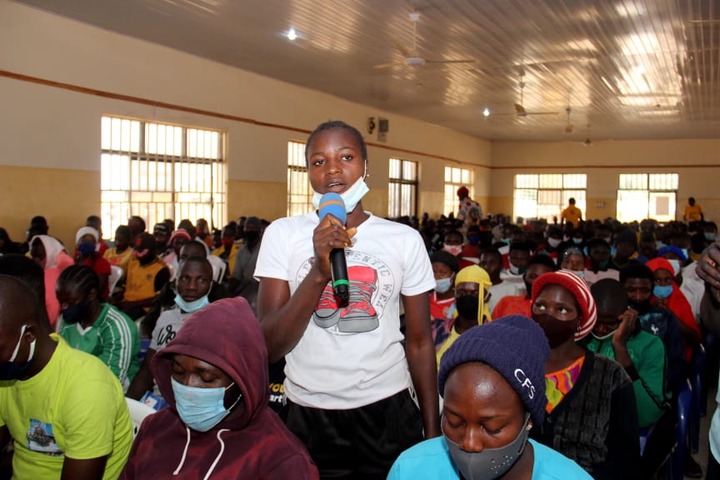 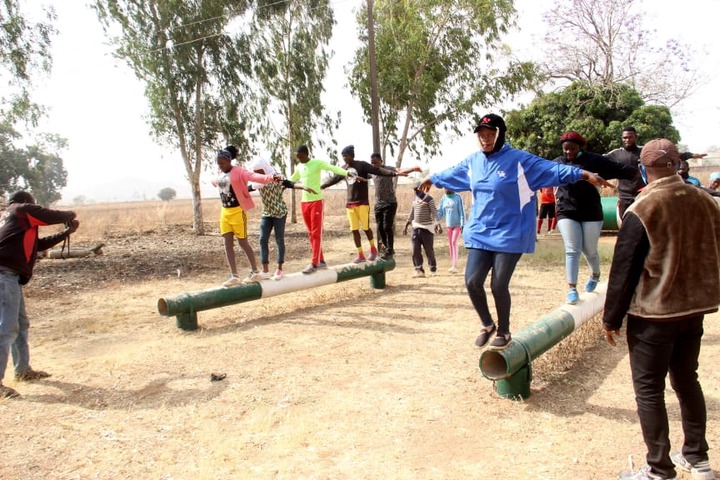 Reasons Sons Have A Closer Love Connection With Their Mums

Men, Here are 5 Things Ladies Do When they Start Having Feelings for You

Telecommunications To Begin SIM Registration And Replacement Next Week