Governors of the southeast zone have asked all the political parties in the country to pick their 2023 presidential candidates from the zone.

Nigerian Tribune reported that the chairman of the Southeast Governors Forum and governor of Ebonyi state, David Umahi,made the call on Friday, October 8. 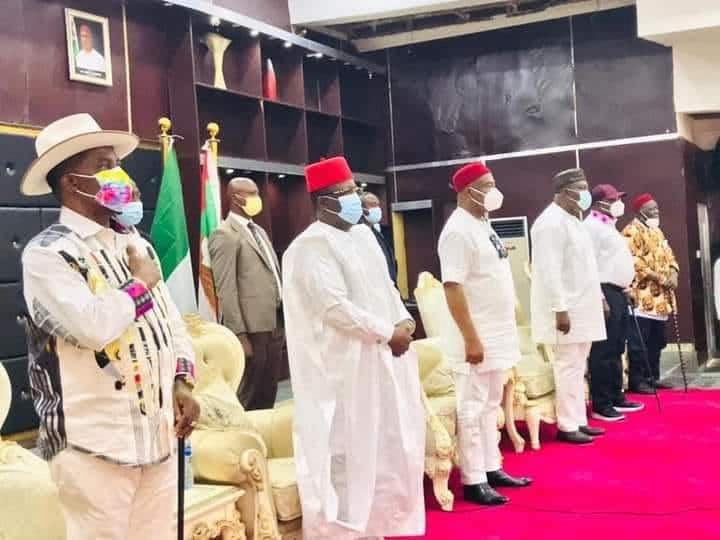 Umahi noted that the Igbo-dominated region has sacrificed a lot and must be allowed to produce the next president of the country whether through zoning or not.

It was gathers that the governor made this known during a prayer summit organised by the state government at the Ecumenical Centre, Abakaliki.

Governor Umahi called for the integration of the zone in the affairs of the country, reiterating that Nigeria must treat the southeast fairly and equitably.

He said the southeast region is no longer interested in Biafra but wants to belong to fair play and equitable Nigeria.

Earlier, the Ebonyi state governor said calls for the Igbo presidency in 2023 is too early and distracting. 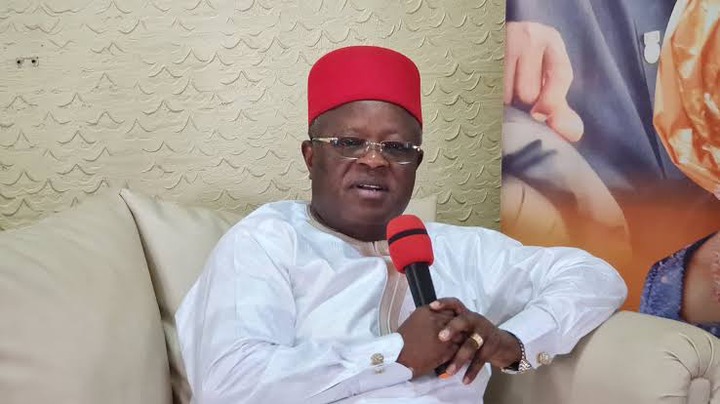 Daily Trust reported that Governor Umahi made this statement while speaking with newsmen after meeting with President Muhammadu Buhari on Monday, September 6, at the Presidential Villa.

The governor advised Southeast governors and APC governors to focus on projects that would bring about development in their state, region and the country at large.

Umahi said:“Well, for me, I’m very much interested in completing my projects. And I will look into politics when my tenure is remaining one year, which is from May 29, 2022. And I think it is the same thing with other governors of South East and by extension, governors of APC."

Recalls that Governor David Umahi had said that God’s anointing is needed for the Igbo to produce the president of Nigeria in 2023, Premium Times also reported.

The Ebonyi state governor added that there has been an increased agitation for President Muhammadu Buhari's successor to come from Nigeria’s South-east.

He stated that:“We need God’s own anointing for our own anointed president for the interests and unity of this country." 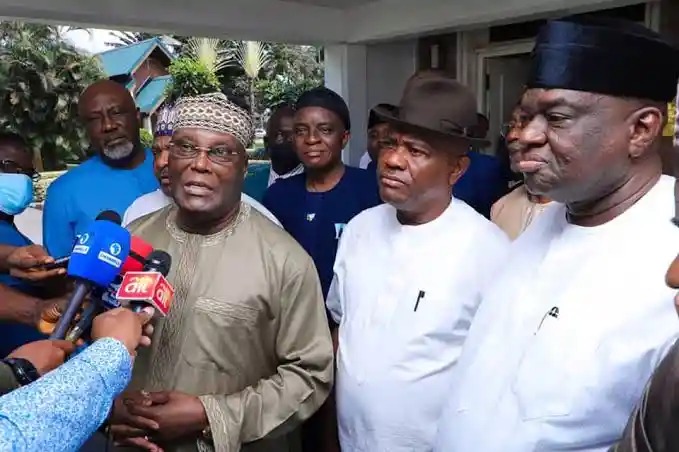 He made his position known at the opening session of the National Executive Committee (NEC) meeting.

Buttressing his point, Atiku recalled how he shunned pressure from the then PDP governors to contest for the 2023 presidential ticket of the party, to frustrate the re-election bid of ex-President Olusegun Obasanjo.

The former vice-president cautioned that the position taken by NEC on the zoning controversy would determine the fate of the party in the 2023 election.

The Punch quoted him as saying: “The decision of NEC today will either see PDP move into the villa in 2023 or not. Since inception, this party has faced serious challenges, and have risen above sentiments to solve those challenges and move forward.”