Nunieh: I was under pressure to bring N10bn – N1bn per state – but I refused. 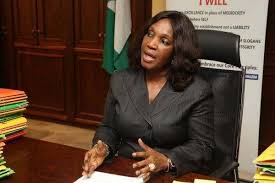 More revelations in the NDDC commotion are surfacing as the former Acting Managing Director, Niger Delta Development Commission (NDDC), Dr. Joy Nuniel, on Friday, July 17, said she was pressurized to bring N10bn – N1bn per state – but she refused.

This revelation was made when Joi Nunieh testified before the House of Reps on Zoom platform.  She was supposed to appear before the House Committee on NDDC investigating financial dealings of the commission, on Thursday, July 16, but was hindered by men of the Police Force warranting Governor Nyesom Wike of Rivers State staging a rescue for her.

Speaking about her disengagement from the NDDC, Nunieh said her refusal to approve N1 billion for each states under the operations of the NDDC was one of the ‘sins’ that led to the termination of her appointment. She revealed that it was during her time as the MD that Christmas bonus or palliatives were not given to those state and that was the first time ever. It was also the first time NDDC worked throughout December as there was no break except on public holidays. 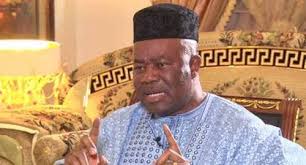 The ex-NDDC MD has been involved in a battle with the Minister of Niger Delta Affairs, Senator Godswill Akpabio whom she alleged made sexual overtures to her of which she rejected. The minister had since denied the allegations saying that there is no scintilla of truth in all the allegations leveled against him by Ms. Nunieh. “They are simply false”, he said.

Nunieh had also accused Niger Delta Affairs Minister Godswill Akpabio of upsetting a lot of things at the commission. Narrating how this was done she said: “Two days after our inauguration, at the same Le Meridien Hotel (Port Harcourt), that was his first meeting with the IMC (Interim Management Committee), namely Dr. Cairo Ojougboh; the late EDFA, which I will not be talking about much, let me respect his soul, and the only other staff of the NDDC that was there, one Mr. Etiebet, who later became the head of the procurement unit.

“At that meeting, he (Akpabio) reminded me about the dollars. Secondly, he told me that he wanted me to send some staff away; that they were the ones that spoilt Mrs Akwagaga (Enyia) who refused to sign and make certain payments and that he did not want them to spoil me.

“He said the first thing I would do was to write a letter to him – he gave me the draft; that I should put it on my letterhead. In that letter, I was supposed to write that Senator (Peter) Nwaboshi owned the 98 companies. I never ever told the world that Senator Nwaboshi was the senator that was collecting the N1 billion.

“The issue of the N1 billion was different. I said how can an individual be collecting N1 billion every month? The case of Senator Nwaboshi is the case of the 98 companies which I was supposed to write about.

“The other thing was for employment. Of course, he had collected CVs from all gangs of godfathers. I also said I’m from the Niger Delta, and before I came, there was the issue of employment. The Federal Character Commission was giving NDDC the approval for employment, but that was stopped because of the scandal. I want to tell the world that I never did any employment. I never gave out a single contract from NDDC.”

Concerning the allegations of corruption leveled against her by Senator Akpabio Nunieh said: “I am not corrupt. No contractor can sit anywhere and say they gave me N10. And I can say before the world that I’m the most unpopular MD ever that came to NDDC.

“The money of the people of Niger Delta is blood money; I refused to touch it. Even when my friends were contractors, even when they claimed that they were owed monies, my instruction was that everybody should go and finish their jobs.

“Everybody saw contractors go back to sites when I was MD. I was privileged to see all the videos. For one job, five people would send me videos of completion – the same job, the same video – and I would just laugh.”