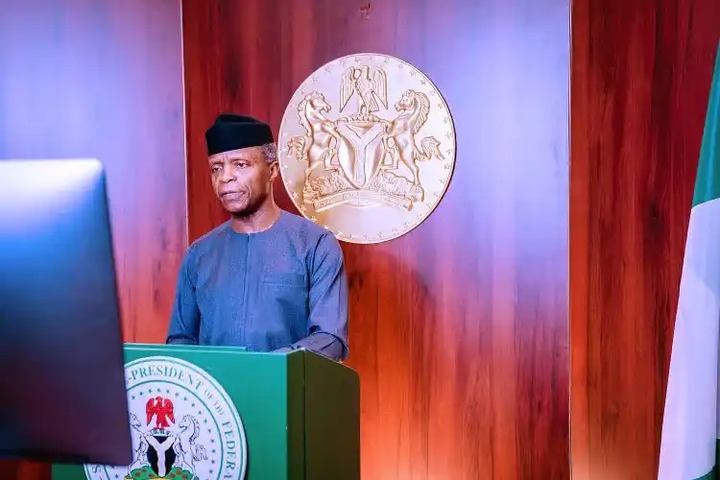 The Presidency has said that artisans in 11 states and the FCT have started receiving the N30,000 one-time grant under the Artisan Support Scheme of the Federal Government.

Laolu Akande, Senior Special Assistant to the President on Media and Publicity, in the Office of the Vice President, disclosed this in a statement on Saturday in Abuja.

He said that the beneficiaries in 11 states and the FCT were in the first stream and had started collecting the N30,000 one-time grant.

“The registration for the second batch of states has already begun; there will also be a third batch.

“All the 36 states and FCT are covered and verified beneficiaries will be paid the one-time grant.

“Another phase has begun on the survival fund scheme where 250,000 businesse names will be registered by the CAC for free.

“The Federal Government is going to pay for the cost of the business registration and the first 250,000 Nigerians will be beneficiaries, it is on a first-come-first-serve basis.”

Akande said that the Federal Government, under its MSME Survival Fund scheme, would be paying three months’ salaries of certain categories of workers.

Akande listed such categories as private school teachers, transport workers and other categories of business owners; so as to help cushion the economic effect of the COVID-19 pandemic shut down.

He added that the Survival Fund Payroll Support would pay the sum of N30,000 or N50,000 grant over three months to 500,000 beneficiaries nationwide. 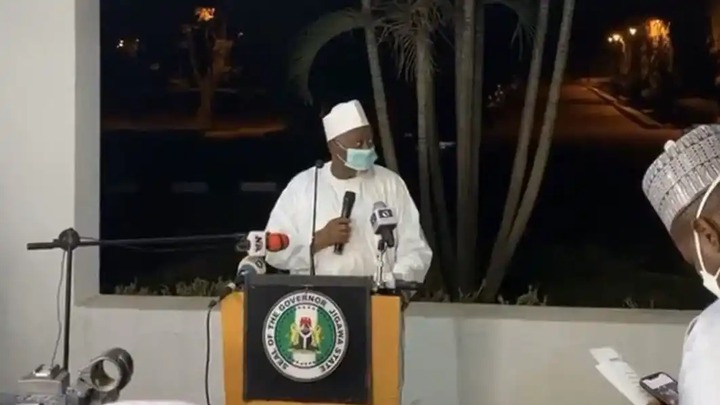 Jigawa state government has distributed 7,000 packages of COVID-19 palliatives to no fewer than 1,500 Persons with Disabilities (PWDs).

Mr Muhammad Usman, Chairman of the state Joint National Association of Persons With Disabilities (JONAPWD), disclosed this to newsmen in Dutse on Saturday.

Items were part of the 94 trucks of 49,941 packages containing varieties of food donated to Jigawa by the Coalition Against COVID-19 (CACOVID).

Usman said the items would be distributed to PWDs across the 27 Local Government Areas (LGAs) of the state. 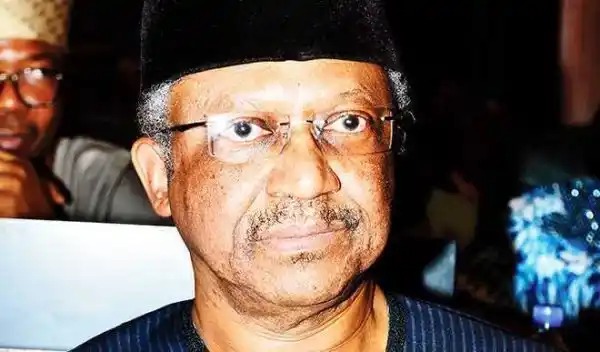 The Minister of Health, Dr Osagie Ehanire, has said the Federal Government will do all it can tp prevent medical doctors from leaving the country.

The minister stated this on Friday in Abuja after inspecting work on the new cancer centre at the National Hospital, Abuja.

Ehanire revealed that the Muhammadu Buhari-led administration will provide the necessary incentives to make migration unattractive for the doctors.

The Health Minister admitted that medical doctors leaving Nigeria to foreign countries has become a challenge.

“We have plans to provide better funding for our hospitals in Nigeria and make such migration unattractive,” he said.

According to Ehanire, hospitals performed well during the peak of the COVID-19 pandemic in the country.

He, therefore, pledged that the government will do everything possible to ensure that doctors will prefer to remain and work in the country.

He praised the hospital administrators for its prompt services to patients and advised them to be prepared for a possible resurgence of the COVID-19 pandemic as other countries are now experiencing.

“Schools are resuming, people are travelling in and out the country so we must be prepared for any emergency,” he warned. 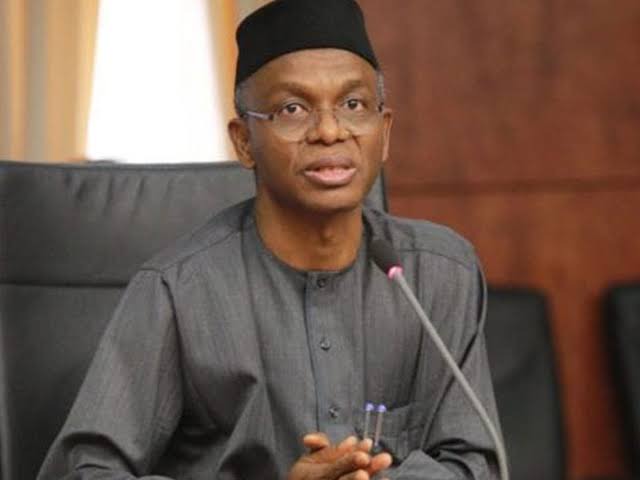 The Nassiriya Organization in 21 states of the federation has vowed to leave no stone unturned in its resolve to drag the Governor of Kaduna State, Malam Nasiru Ahmad El- Rufa’i into the 2023 presidential race.

Speaking to journalists in Kaduna, the National Leader of the Nassiriya Movement and Zonal Vice Chairman of the All Progressive Congress, APC, in the Northwest, Dr. Garkuwa Ibrahim Babuga, said already preparations were on top gear to drag El- Rufa’i to court over his insistence on not interested to contest for the presidency in 2023.

Babuga said they had no option than to approach the court because they had spoken to the governor on the issue but he had declined their request.

“We are ready to go up to the Supreme Court,” he said.

“We also met his parents and relations, but we’ve not gotten a successful answer. We have to go to court. Nigeria is for El-Rufa’i in 2023. El-Rufa’i is fit to be President based on his track records of achievements.

“Many people are yearning for the El-Rufa’i Presidency. I don’t have to overblow the trumpet, you all have seen his developmental strides in the FCT and in Kaduna state. He is the best person for the Villa in 2023.

“Let’s continue to be loyal and support President Buhari to complete his tenure. But El-Rufa’i as President and successor to Buhari will further unite Nigeria.

“We are appealing to our elders in the North, please forget party differences, we should join forces and rally round El-Rufa’i so that he contest and win the presidency.

“Although he did not answer our call, we are going to court so as to compel El-Rufa’i to vie for the number one seat in Nigeria. “On the 2nd of November, 2020 we going to Court 13 here in Kaduna. Our lawyer is Barrister El-Zubair,” he said.

On Governor El-Rufai’s alleged assertion in the media that he was in support of a president from the south come 2023, the leader of Nassiriya Organization said that was El-Rufai ‘s opinion at that moment.

“It was his opinion. All we are looking for now is to drag him into the race. El-Rufa’i will be the best Nigerian President in 2023 by the grace of Allah,” he said.

The Minister of Humanitarian Affairs, Disaster Management and Social Development Sadiya Umar Farouq has received global accolades for her Humanitarian role during the Covid-19 crisis in the country earlier in the year.

The Minister was presented with the EuroKnowledge Leadership and Humanitarian Award for her significant contributions to the nation’s humanitarian needs during the peak of the scourge in the country, according to a statement from her media aide Nneka Anibeze.

The virtual award which originated from the House of Lords in London on Friday October 2020 acknowledged and celebrated exemplary leaders who made signiﬁcant contributions and positive impact in their speciﬁc fields.

In her acceptance speech, Minister Sadiya Umar Farouq thanked Euro-Knowledge, one of the world’s leading international consultancy firms and organizers of the awards for deeming her worthy of the award. This, she said has validated Federal government’s efforts in effectively combating and curbing the economic effects of Covid-19 on Nigerians.

“I wish to express my gratitude to EuroKnowledge for nominating me for the Best National Humanitarian Response to COVID-19 Crisis Award at the House of Lords, London. I am humbled by your recognition of our service to humanity.”

The Minister said that the humanitarian response currently going on was just a tip of the iceberg of what is in the offing in line with the President Muhammadu Buhari administration’s vision of lifting 100 million Nigerians out of poverty in the next 10years. 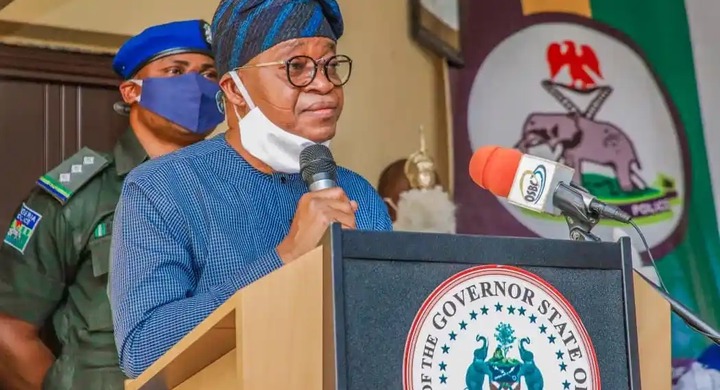 The Governor also approved the immediate implementation of Minimum Wage, lifting of ban on Annual Salary Increment and embargo placed on promotions and conversions since 2012.

The implementation of welfare packages will commence in November 1st, 2020.

This was even as the Governor reaffirmed his Administration’s commitment to workers-oriented policies and general well-being.

Governor Oyetola made the announcement on Friday in his office, State Government Secretariat, Abere, while meeting with the labour leaders in the State.

Oyetola said the implementation of the welfare packages was in fulfilment of the electioneering promises made to the workers while seeking office.

He disclosed that the new development would cost the State an additional N750 million in monthly wage bill.

The Governor who recalled the pocket of socio-economic challenges inherited by his administration, said “despite these stifling challenges, we remained resolute to fulfil our promises to workers as a welfare-oriented government”.

Oyetola stated further that the Administration has been working assiduously to take the State out of economic woods and set it on the lane of economic transformation, growth, development and prosperity.

To meet up with the numerous demands of the workers in the face of economic challenges, Oyetola said his Administration had earlier set up the Government/Labour Committee to work out the modalities for resolving all workers’ welfare-related issues, including the minimum wage.

He said, “You will all recall that, despite the raging economic challenges when we came into office in 2018, we resolved as an Administration to give the welfare of our workers the deserved attention. 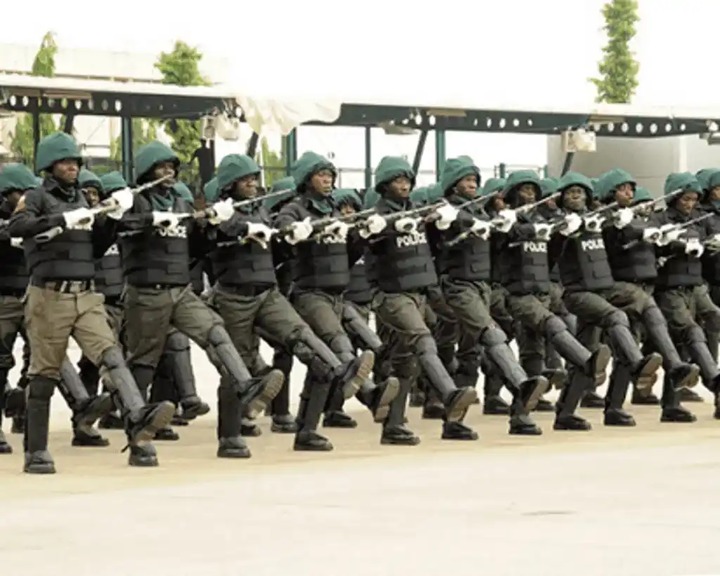 Nigerian youths under the aegis of Nigerian Youth People’s Assembly have urged President Muhammadu Buhari to begin the reformation of the Nigerian Police immediately with the new recruits at the Nigeria Police Academy, saying the daily feeding of N150 is glaringly unacceptable.

The umbrella body of young citizens made the call at the end of a Special Legislative Plenary on the state of the nation, the 2021 budget and reform of the Police in Abuja.

Delivering the Youth Declaration on Police Reform; tagged (“the irreducible minimum path to peace”); the president of the Assembly, Sunday Chibuzo Okereke asked Buhari to urgently save the lives of the new police recruits at the Nigeria Police Academy (NPA).

Okereke said it will be difficult for Nigeria to have a decent police service if it did nothing about this “shameful” condition of service and welfare of officers, wondering if anyone could survive with N150 now.

The Assembly strongly condemned the hurried constitution of Special Weapons and Tactical Squad (SWAT), saying that the Inspector General of Police, Mohammed didn’t consult widely before doing that.

”As young people, we are by this declaration sending a red SOS to the President, Federal Republic of Nigeria to save the lives of new Police recruits at the Nigerian Police Academy whose feeding budget per day is N150 and who are living in conditions that can only produce anger, hatred, bitterness that will turn the characters of the officers into brutal elements in the society”. 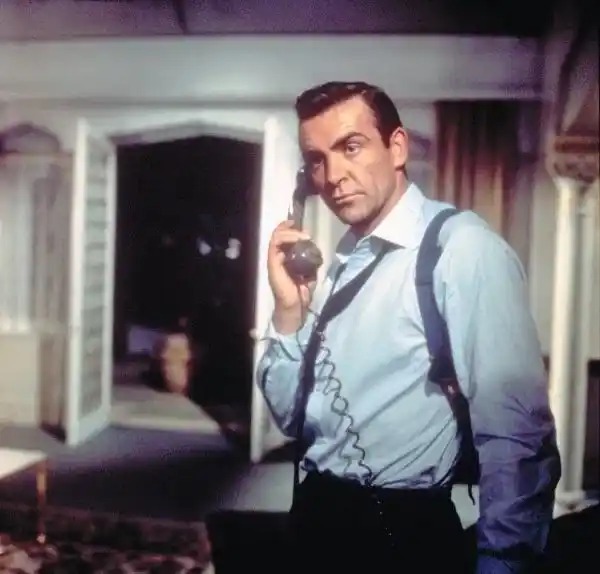 Sean Connery, the Scottish movie star, who shot to international stardom as the suave, sexy and sophisticated British agent 007 James Bond, is dead.

The BBC and Sky News reported his death today.

Connery was raised in near poverty in the slums of Edinburgh and worked as a coffin polisher, milkman and lifeguard before his bodybuilding hobby helped launch an acting career that made him one of the world’s biggest stars.

He will be remembered first as British agent 007, the character created by novelist Ian Fleming and immortalized by Connery in films starting with ““Dr. No” in 1962.