No doubt, Rivers State Governor, Ezenwo Nyesom Wike, is one of the prominent members of the opposition Peoples Democratic Party (PDP) that is being, hopefully, considered to bear the presidential flag of the party in 2023. 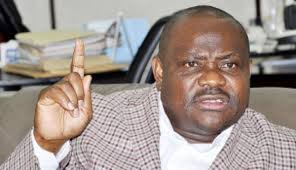 Although, Peoples Democratic Party (PDP) has not, specifically,roll out strategic criteria and conditions that must be satisfied by her intending presidential aspirants, the opposition party may want to consider some, prominent, factors in the course of deciding on who will bear the presidential flag of the party in 2023.

However, the chances of Rivers State Governor Ezenwo Nyesom Wike to emerge as the presidential candidate of the opposition Peoples Democratic Party (PDP), in 2023, may be threatened by his weakness to possess some of these attributes.

Sincerely, the popularity of Governor Ezenwo Nyesom Wike, in the politics of the country may not be considered to be enough to, conveniently, position Peoples Democratic Party (PDP) as a party to beat in the 2023 General Elections.

The political popularity of Governors Nyesom Wike could be considered to be favorable among the elites, whose electoral decision bases may not even favor Governor Wike, possibly, because of the governor's utterances and attitudes, at times.

Governor Wike is not, reliably, popular among the informal electorates, whose electoral contributions to who may probably win the presidential election could not be overemphasized.

In addition, the acceptance rate of Governor of Rivers State, Nyesom Wike, if he emerges as the presidential candidate of the opposition Peoples Democratic Party (PDP) could be considered very low.

The fact is that, politically, some northern electorates, mostly, the informal voters may easily be approached to vote against Nyesom Wike because of his position on the sharing of Value Added Tax (VAT). Likewise, he may not enjoy robust support from the Southern electorates because of the political sensitivity of the section of the country.