The Best President Nigeria Ever Had ; Muhammadu Buhari or Olusegun Obasanjo?

Almost everyone loves to become president and when running for the presidential campaign, they make huge promises only to get in power and do next to nothing. Let's consider Mohammadu Buhari and Olusegun Obasanjo in terms of the development of Nigeria under their presidency. Who do you think deserves to be named the best President?

President Muhammadu Buhari, was born December 17, 1942, is a Nigerian politician currently serving as the President of Nigeria, in office since 2015. Buhari is a retired general of the Nigerian Army and previously served as military head of state from 1983 to 1985, after taking power in a military coup d'état. In 2003, Buhari ran for president and was defeated by Olusegun Obasanjo of the People’s Democratic Party (PDP) who was the incumbent president at the time. Buhari ran for president again in 2007 but was defeated again by the PDP’s candidate, Umaru Yar’Adua, in an election that was strongly condemned by international observers as being ruined by voting irregularities. Buhari also stood in the 2011 presidential election, which was praised for largely being transparent, free, and fair, but he again lost to the PDP’s candidate, Goodluck Jonathan, who was also the incumbent president at the time. 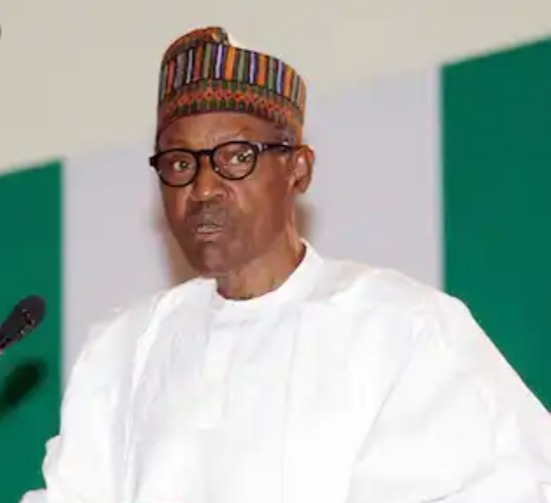 In 2014 the All Progressives Congress (APC) party nominated Buhari to stand as its candidate in the 2015 presidential election. His reputation for being incorruptible and his military background made him an attractive candidate, whom many Nigerians hoped might be able to more effectively handle the threat posed by the Islamic militant group Boko Haram, whose violent acts had terrorized parts of the country in recent years. The March 28 presidential election had 14 candidates, although the real contest was seen as being between Buhari and Jonathan, who was again the PDP’s candidate. In what was Nigeria’s most closely fought election ever, Buhari gathered the most votes leading Jonathan with about 2.5 million votes and was declared the winner. His win marked the first time that the incumbent president had been defeated in Nigeria. Buhari was inaugurated on May 29, 2015. Progress under Buhari was mixed. His presidency had a rough start, with the country falling into recession in 2016 in part because of declining revenue from oil sales. By 2018 there was evidence of some economic recovery from the recession, although many Nigerians were still living in extreme poverty. The struggle with Boko Haram factions continued. While the military initially experienced success in curbing the groups, the militants bounced back, and attacks escalated. Furthermore, Buhari’s government faced security threats in the southeastern part of the country from militants seeking to disrupt oil production as well as from Biafran secessionists. His administration’s war on corruption was both praised for its progress and criticized for focusing more on political opponents than on allies.

Throughout this period, Buhari’s health and hence his ability to lead Nigeria were called into question after he repeatedly went abroad for health care. In 2017 alone, he left the country multiple times for treatment of an undisclosed medical ailment; that year, he was absent more than five months altogether, during which time his vice president was in charge. The lack of transparency regarding Buhari’s health and his extended absences led to rumours that he had died and been replaced by a body double. Buhari and his administration dismissed the concerns about his health, and he was named the APC candidate for the February 2019 presidential election. Buhari faced more than 70 challengers in the election, which was originally scheduled to be held on February 16 but was delayed at the last minute until February 23. He emerged victorious, winning reelection with some 56 percent of the vote.

Olusegun Obasanjo, was born on the 5th of March, 1937, in Abeokuta, Nigeria. He was a Nigerian military and political leader who served as military head of state from 1976 to 1979 and later as President of Nigeria from 1999 to 2007. Ideologically a Nigerian nationalist, he was a member of the People's Democratic Party (PDP). Although Obasanjo did not take part in the 1975 military coup in which Murtala Mohammed seized power from Yakubu Gowon, he supported it and became Mohammed's deputy. When Mohammed was assassinated in 1976 Obasanjo took over as military ruler, forming strong links with the USA. Obasanjo planned for elections in 1979 and a civilian government duly took charge, making Obasanjo the first Nigerian leader to hand over power willingly. However, Obasanjo came into conflict with the Nigerian leadership after Sani Abacha seized power in 1993, and in 1995, Obasanjo was imprisoned on suspicion of plotting a coup. Following Abacha's death in 1995, Obasanjo was released. On 29th of May 1999, the day Obasanjo took office as the first elected and civilian head of state in Nigeria after 16 years of military rule, is now commemorated as Democracy Day, a public holiday in Nigeria. He succeeded in winning at least some Western support for strengthening Nigeria's newly found democracy. He won a second term in 2003. This period of office was marred by divisions between the Muslim north of Nigeria and the largely Christian south. Obasanjo was criticized in 2006 for an unsuccessful attempt to amend Nigeria's constitution to allow him to stand for a third term, and he retired in 2007.

Who do you think qualifies for this title ; Mohammadu Buhari or Olusegun Obasanjo? Let's know in the comments section.

Content created and supplied by: Ayoola123 (via Opera News )