APC Needs Adams Oshiomhole In 2023 Election, He Should Not Be Allowed To Decamp To PDP [Opinion] It is so sad that Adams Oshiomhole is now wallowing in a political crisis that some of his APC party members fired at him. However, most Nigerians no longer hear of the suspension by Adams Oshiomhole as National President of APC, whose suspension has been duly championed by his ward chairman, Oshawo Stephen, President of the Etsako Local Government Area, in the Edo state. This reason for his suspension is marked by his neglect of his ward's standards and values, which then made his ward president suspend him as a party member. His suspension affected his involvement in national politics, preventing him from once again becoming the national Chairman of the APC.

Then by giving due consideration to the current political issues that Adams Oshiomhole is grappling with, one can conclude that 'APC Needs Adams Oshiomhol In the 2023 election, He Must Not Be Allowed to Decamp To PDP' because it is well known that if politicians have found their relevance in any party has fallen, most have de-camped with other parties which value their relevance. His suspension came with Godwin Obaseki at his difficult moment, in which both of them engaged in a real political struggle. At the other hand, Godwin Obaseki was once a loyalist of Adams Oshiomhole, in which he was loyal to Adams Oshiomhole when he first expressed his hopes in 2016 for the race for the governor of Edo. 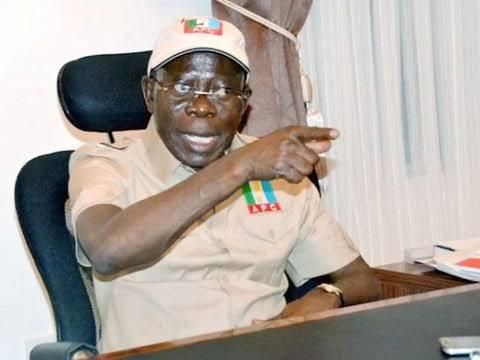 The recent APC National Executive Meeting revealed to the public that Mai Mala, who is the incumbent Governor of the Yobe State, has been appointed as APC 's new acting Chief Custodian Committee. His appointment, as the former APC National Secretary, was well-deserved until he left his post with the ambition of Yobe's state governor. In the meantime, he was victorious in the 2019 election. Yet his recent selection as the current APC Interim Chairman is also well-deserved as an accomplished person with respect to the traditions and values of the party. It was named along with a few other politicians from other areas, which resulted in the end of the appointment of the 'NWC' faction, under which Adams Oshiomhole would eventually collapse. It is also to remind you that Adams Oshiomhole was financially marginalized and has no impact on Edo and Nigeria's political affairs. 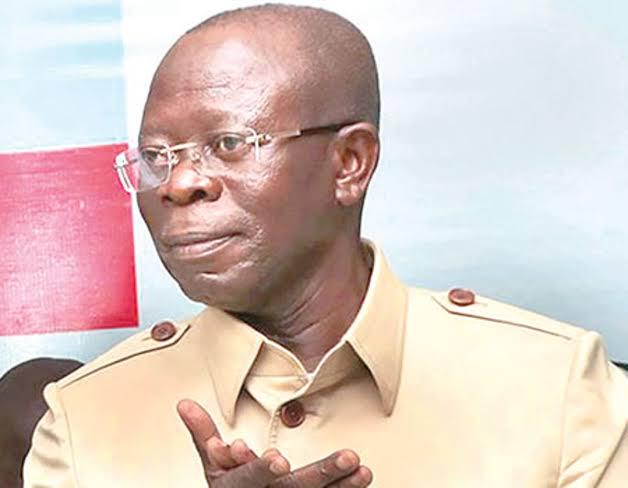 If Adams Oshiomhole is unable to revitalize its importance, it is unquestionably probable for him to consider decamping to PDP to ensure that he contributes best to APC 's capacity in 2023. Then you agree with me that he belonged to the APC stronghold, which lead to its victory in 2015, which took President Muhammadu Buhari to the presidential office, unstatuated by Goodluck Ebele Jonathan 's governing government. Adams Oshiomhole's role in the victory of the group, and because of his capacity as the other comparatively cabals such as 'Bola Tinubu,' will never be forgotten because of their ability to strengthen their political agenda, in which APC has always been the most important group in the country and also the most fearful of all, because of the involvement of some indomitabula But the bitter truth is that if APC refuses Adams Oshiomhole 's utmost allegiance, there are several possibilities for APC to decamp to PDP, so it exposes its APC vulnerabilities, and so it will then come to power from APC, giving power in 2023 to PDP. In the meantime, it's unquestionably possible, as "he who knows how to do something good would find it easy to do something bad, too." APC therefore ought to respect Adams Oshiomhole properly or else in 2023 they may be the architect of their misfortune. 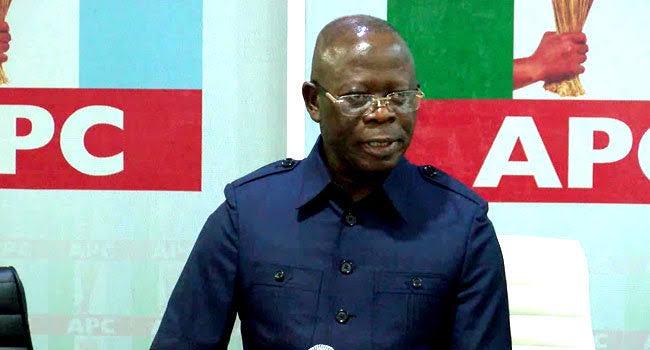