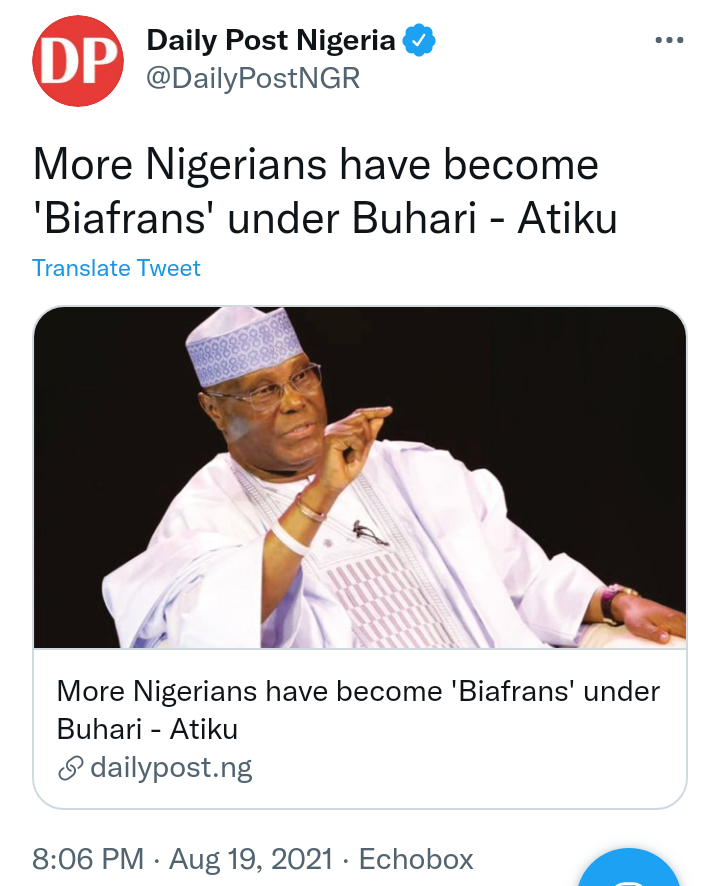 Atiku Abubakar, the Former Presidential Candidate of the Peoples Democratic Party has expressed his thoughts over the administration of the present government.

He made this statement during a short speech earlier today in Abuja.

According to reports, the former leader lamented about the failed projects and insecurity in the country. He urged the President to put in more effort to restructure Nigeria's cultural and regional challenges. 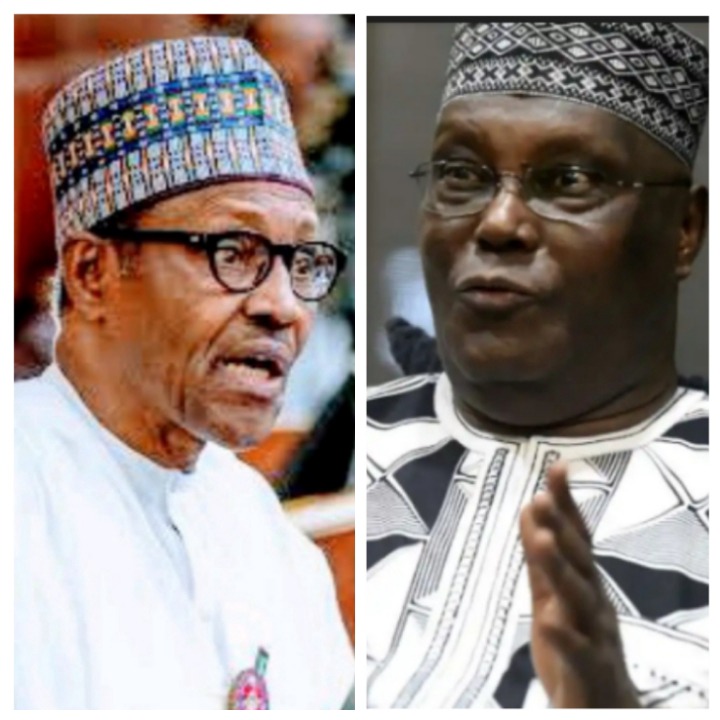 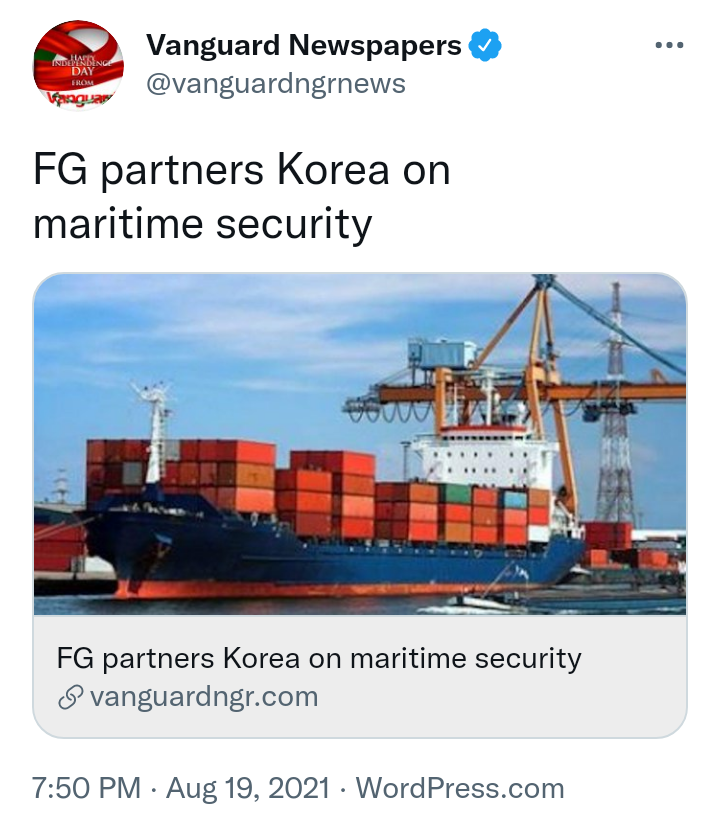 The Federal Government has announced the collaboration with the Republic of Korea over maritime security in the country.

It was gathered that the collaboration is to work on Waterways Protection Infrastructure known as Deep Blue Project.

Rotimi Amaechi, the Minister of Transportation made this disclosure in a meeting in Abuja with Mr. Choi Jong Kun, the Vice Minister of Foreign Affairs. 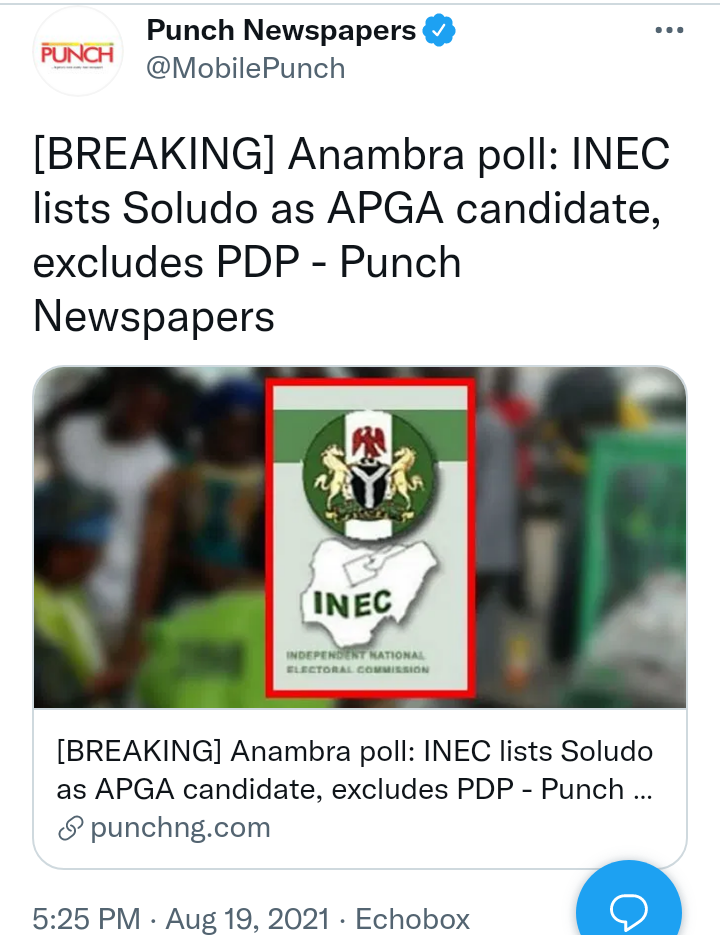 The list of final candidates contesting in the Anambra State governorship election has been released by the Independent National Electoral Commision earlier today.

According to reports, the Peoples Democratic party was excluded from the list of cleared candidates for the poll. 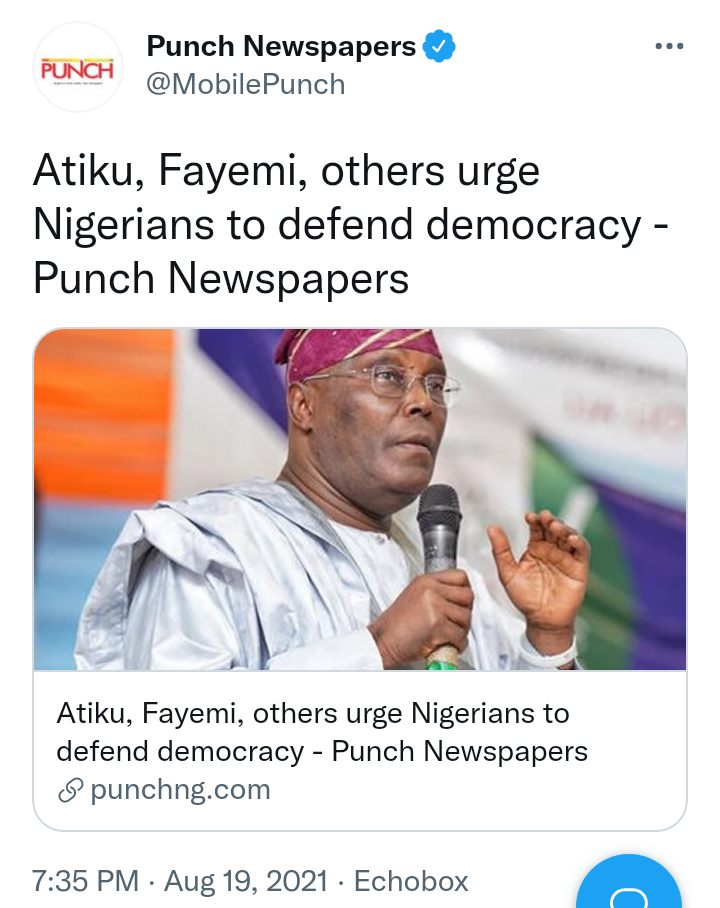 Governor Kayode Fayemi and other prominent associates have called on all Nigerians to support the government in promoting democracy.

Atiku Abubakar also supported the statement from the Governor and appealed to the citizens to be vigilant. This announcement was made during a book launch in Abuja.

He also added that the leadership of the country lies in the support of youths.