APC Parallel Congresses: Amosun, Aregbesola, Lai may lose out, party to back Governors 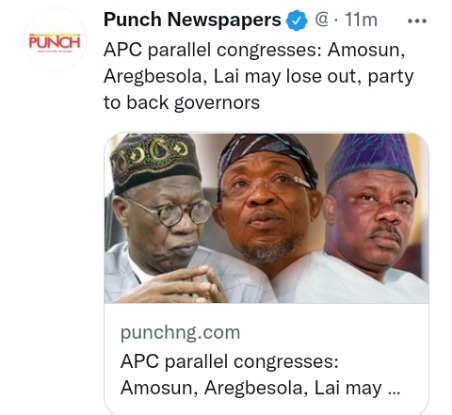 There were strong indications on Sunday that in states where parallel congresses were held, the All Progressives Congress would recognise executive councils supported by incumbent governors in the APC states.

A member of the party’s national caucus, who confided in one of our correspondents, also said in non-APC states, the party would recognise congresses endorsed by the highest political office holders in such states.

It was gathered that if the party’s stand was anything to go by, chieftains of the party including Senator Ibikunle Amosun, the Minister of Interior, Rauf Aregbeola, and the Minister of Information and Culture, Lai Mohammed, might lose out in the power tussle in their states. 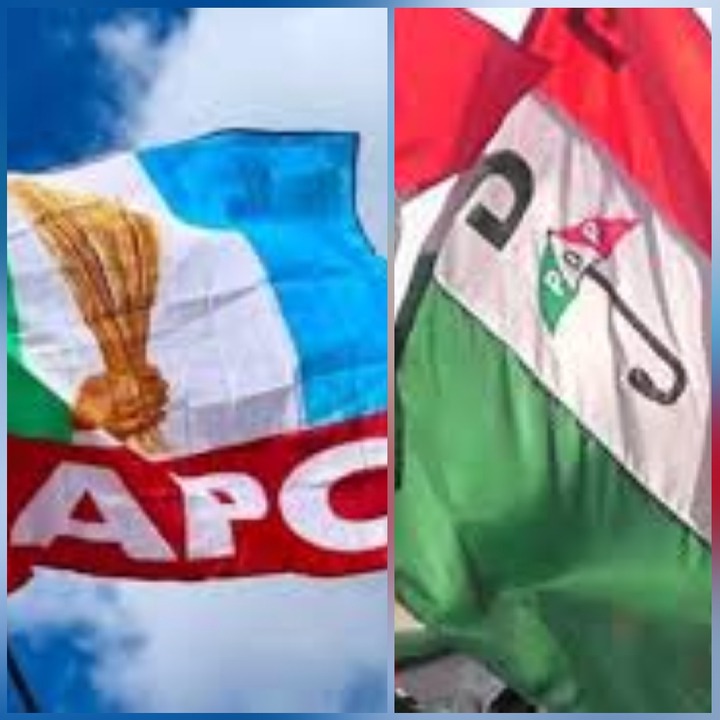 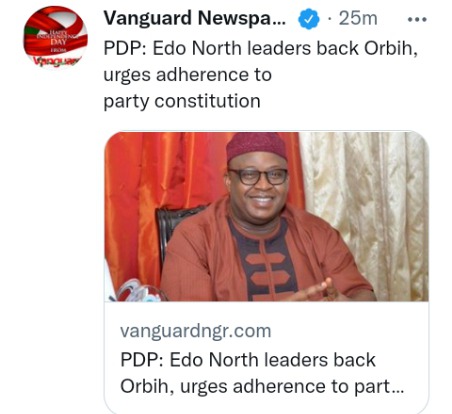 ALL still seems not to be well with the Peoples Democratic Party, PDP, ahead of its national convention as a meeting held in Edo North senatorial district pledged its support to the Vice Chairman South-South of the party, Chief Dan Orbih and all others who were purportedly suspended by a stakeholders meeting held penultimate week.

The leaders who met at the country of a member of the Board of Trustees, BoT, of the party, Chief Raymond Dokpesi, in Agenebode, Etsako East LGA, Edo State, also believed that the crisis in the party would have been averted if Orbih was part of the negotiations that brought Governor Godwin Obaseki to the party in 2019 ahead of his reelection. 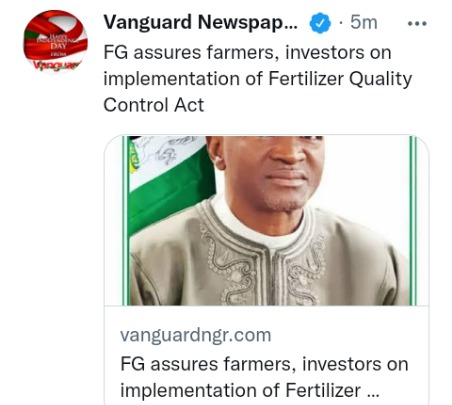 Giving the assurance was the Permanent Secretary, Federal Ministry of Agriculture and Rural Development, Dr Ernest Umakhihe, at the ‘Training of Inspectors and Laboratory Technicians/Technologists on Implementation of the National Fertilizer Quality Control Act 2019’, held in Abuja. 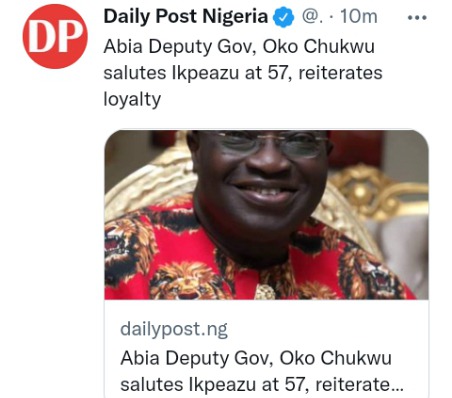 The Deputy Governor of Abia State, Rt. Hon Ude Oko Chukwu has commended his boss, Governor Okezie Ikpeazu for the all-round cordial relationship and synergy existing between them.

He reaffirmed his genuine commitment to continually support and cooperate with Ikpeazu in all his efforts to deliver robust and good democratic governance to the people of the State and entire Nigeria.

The commendation was contained in a statement by the Deputy Governor and made available to newsmen, in Umuahia, on Sunday, by his Chief Press Secretary, Obasi Okibeh Onwukah, felicitating with Governor Ikpeazu on the occasion of 57th Birthday, on Monday. 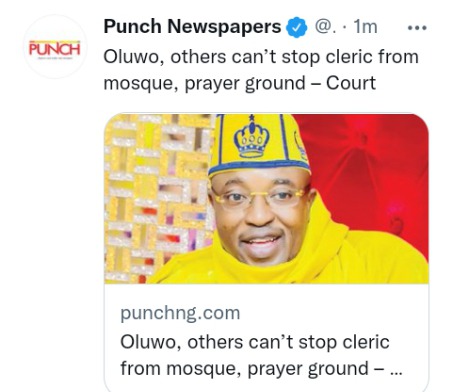 An Osun State High Court has restrained the Oluwo of Iwo, Oba Abdulrosheed Akanbi, and the registered trustees of the Iwo Central Mosque from preventing one Asiru Imran, an Islamic cleric, from worshipping or performing his religious duties in the mosque and Eid prayer ground.

Imran, who was the Otun Ajanasi of the Iwo Central Mosque before he was removed, had approached the court seeking a perpetual restraining order against Oluwo and the registered trustees of the mosque from stopping him from performing his fundamental human rights to worship at the mosque or Eid prayer ground.