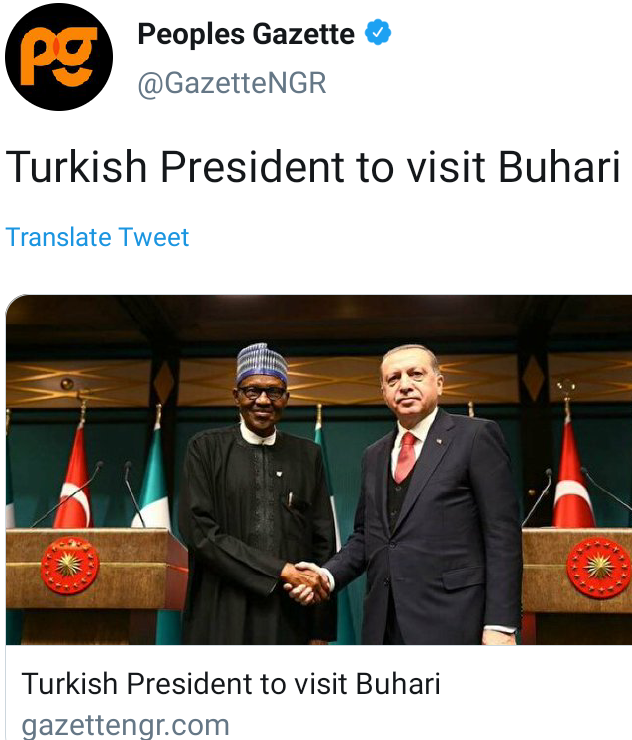 Reports detail that the Turkish president will leave his home country on October 17 for a four-day diplomatic tour to Nigeria, Angola and Togo.

Mr Erdoğan is expected to first meet his Angolan counterpart Joao Lourencho on October 17, before jetting down to see Mr Buhari on October 18. 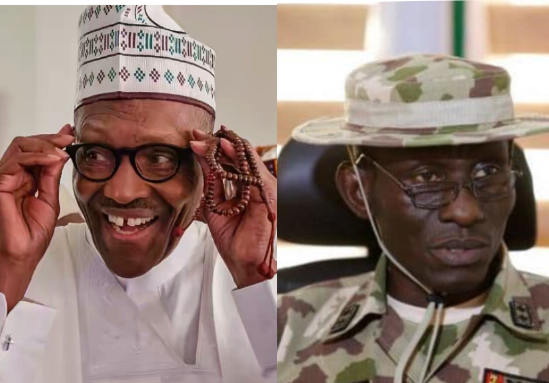 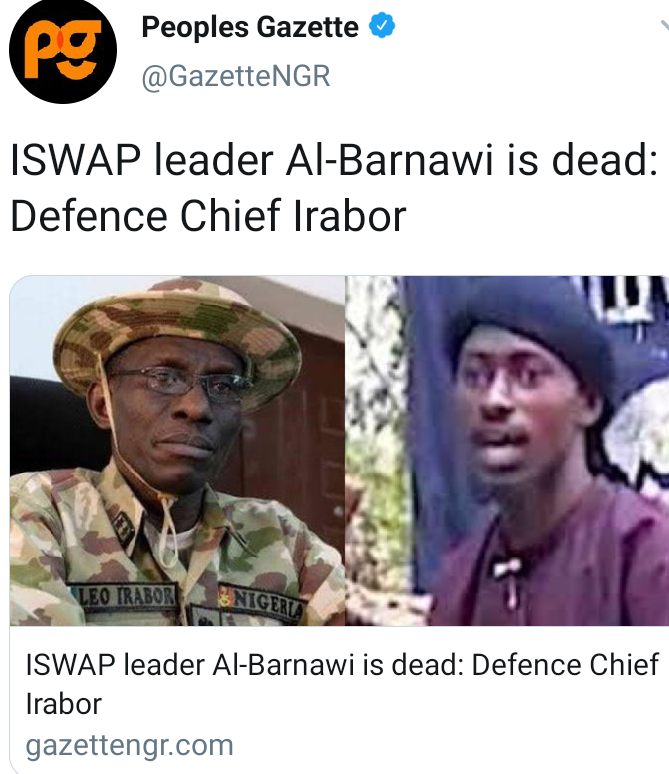 “I can authoritatively confirm to you that al-Barnawi is dead. As simple as that.

He is dead and remains dead,” Mr Irabor told reporters without further details on Thursday.

Mr al-Barnawi, son of Boko Haram founder, Mohammed Yusuf, rose to prominence among insurgents after a fall out with his father’s successor, Abubakar Shekau, in 2016.

Association of Local Government Vice Chairmen of Nigeria, ALGOVC, has called on President Muhammadu Buhari to ask all his appointees from the South East to relocate home to dialogue with people of the zone to avert the current security situation from degenerating into full blown anarchy. 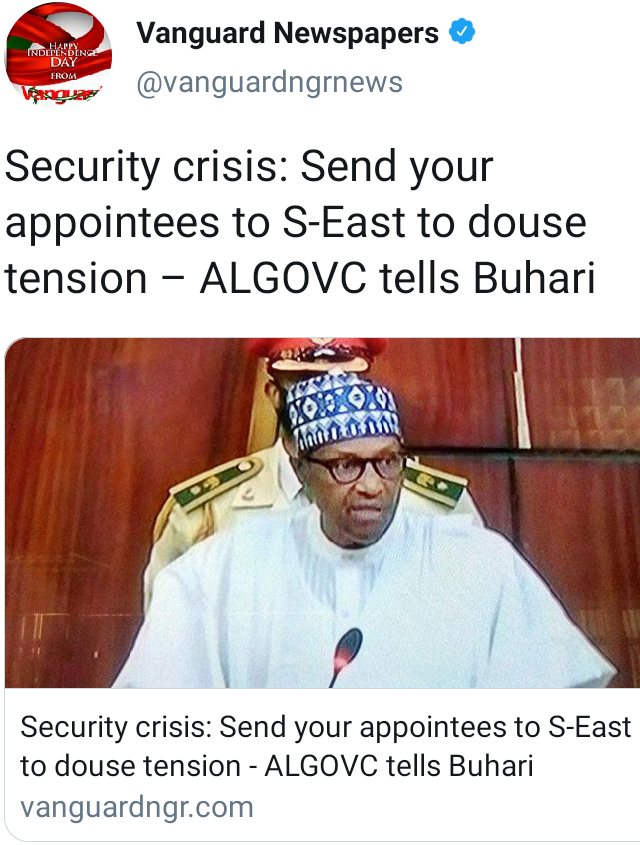 The ALGOVC, which describe the state of killings and wanton destruction of properties ongoing as strange to the region, said, it was unbelievable that the South East which is predominantly Christians could witness this scope of pogrom.

Speaking with Vanguard in an interview in Abuja, the National Chairman of the association, Hon. Lawrence Onuchukwu, warned that the unfortunate incidents ongoing in the region must be put under control forthwith.

2022 budget: No funds ‘ll be moved from recurrent to capital projects unless — REPS

House of Representatives has said that no funds will be moved from the recurrent component of the 2022 budget to the capital expenditure and vice versa unless where it becomes extremely necessary with some plausible justifications. 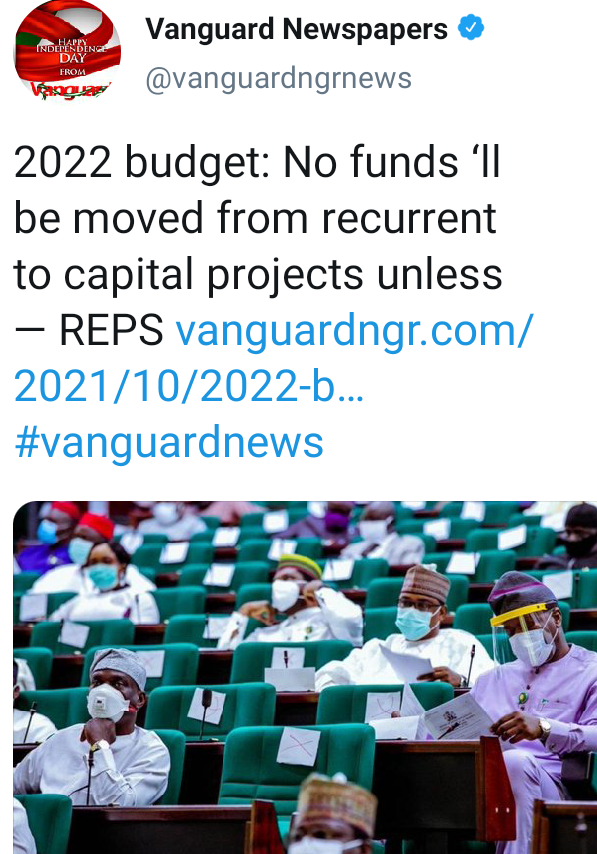 This came as the House incidentally committed the N16.39 trillion fiscal document to second reading, adjourned plenary to November 9 and subsequently resolved to commence budget defence with the various Ministries, Departments and Agencies, MDAs of government on Monday next week.

Adetokunbo Pearse, a Peoples Democratic Party, PDP, stalwart in Lagos State has reacted to the emergence of former Senate President, Iyorchia Ayu as consensus candidate for national championship position, by northern caucus of the party. 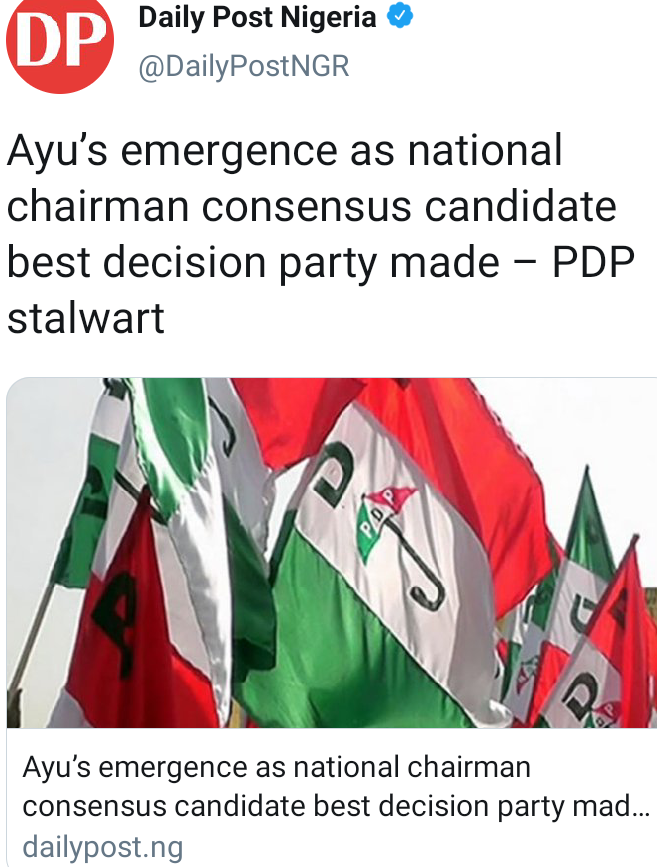 DAILY POST had reported that Ayu, a former Senate President emerged the consensus candidate of the PDP ahead of the main opposition party’s national elective convention scheduled for Oct. 31 in Abuja.

Reacting, Pearse in an interview with newsmen in Lagos, said that Ayu’s experience made him an ideal man for the PDP top position, NAN reports.

According to him, giving Ayu the position is the one of the best decisions the party ever made.