By ChungleeWrites (self meida writer) | 28 days 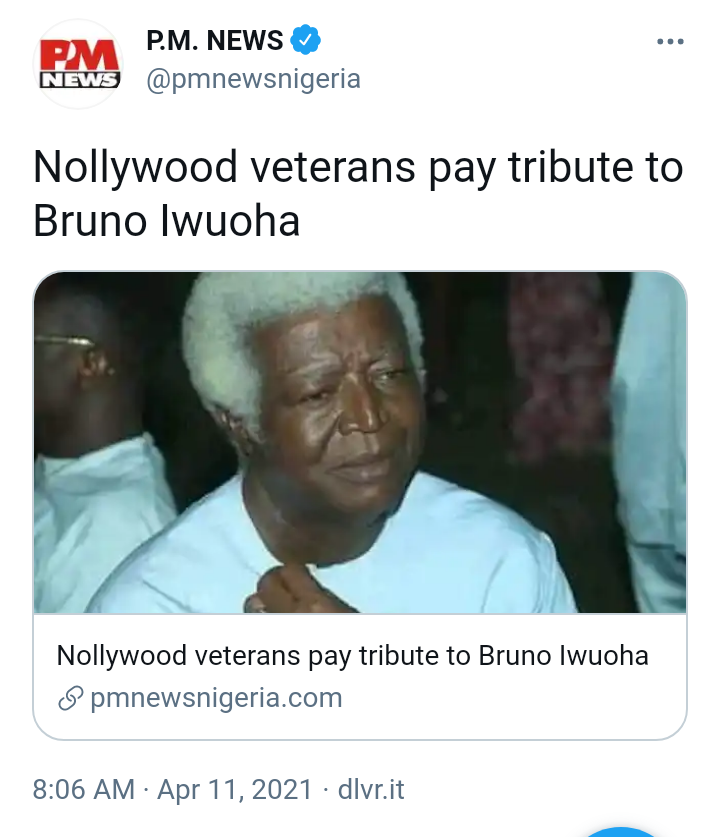 Nollywood stars have continued to mourn the passing of veteran actor, Bruno Iwuoha after news of his death broke out on Saturday.

The 68-year-old died after a prolonged battle with diabetes and would be missed for the fatherly advice he gives according to other actors.

Kanayo Kanayo, said, the news of his death was saddening because they were both very close.

The actor said the loss is a big one for the movie industry and him personally because of the bond they share.

John Okafor, aka Mr. Ibu, also said news of Iwuoha’s death still shocks him. He said he takes solace in the fact that the deceased was a good elder.

Emeka Rollas who is the President of the Actors Guild of Nigeria said the late actor paid his dues but was shocked about his death. 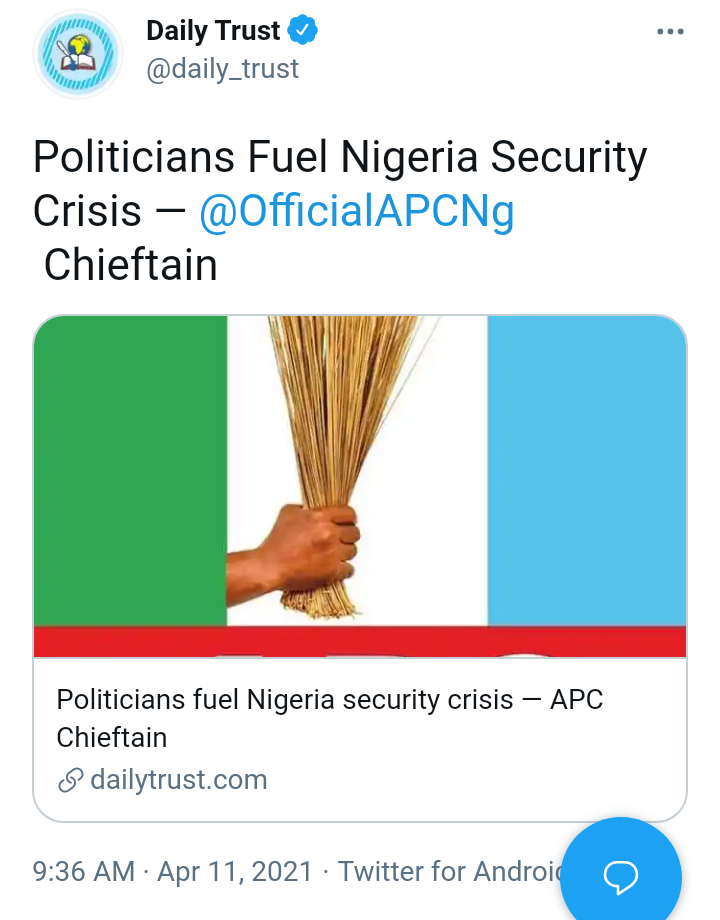 An aspirant in the last governorship election in Kwara State and a chieftain of the ruling All Progressives Congress (APC), Mallam Saliu Mustapha, has attributed the current challenges facing the nation to what he described as the “desperate lies” of the political class.

Mustapha said this Saturday in Ilorin at the launching of “Twenty-One Political lies in Nigeria”, a book authored by Iyiola Oyedepo, a former commissioner and legislator.

He stressed the immediate need for the political class to ‘de-escalate the situation’ with their words and actions.

The book launch was attended by representatives of the Minister for Information and Culture, Alhaji Lai Mohammed, and other personalities, including the Kwara State governor who joined virtually. 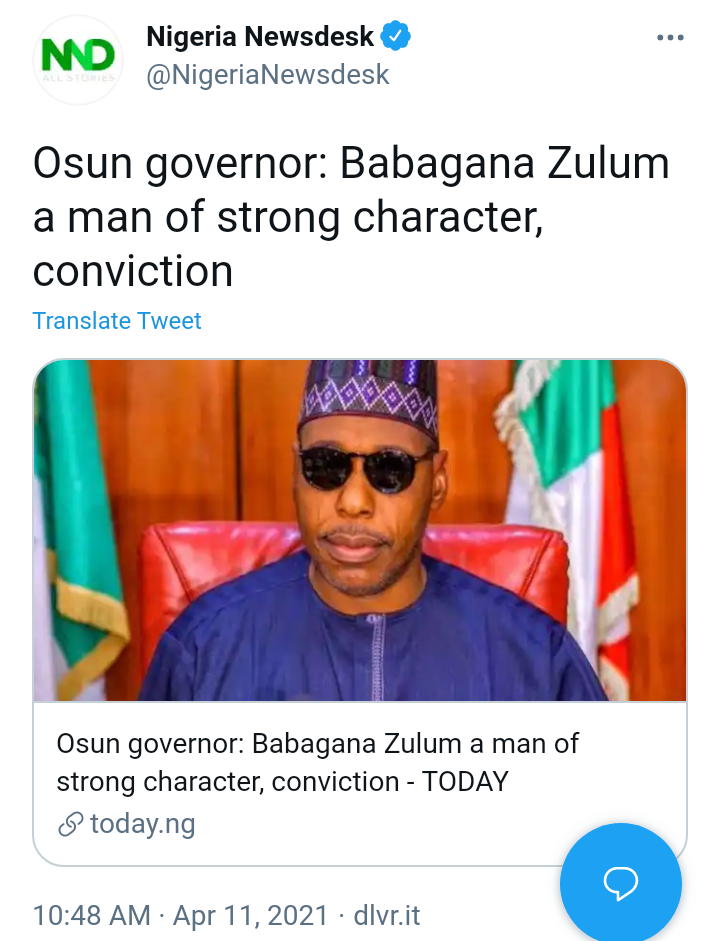 Governor Adegboyega Oyetola of Osun State has described his Borno State counterpart, Prof. Babagana Zulum, as a man of strong character and conviction who is determined to carry on despite the daunting security challenges in his domain.

He said but for his strong character and conviction, the enormous security challenges in Borno were enough for anyone to run away.

Oyetola spoke in Ibadan on Saturday at the 2021 Luncheon and Awards ceremony of the University of Ibadan Alumni Association, where Zulum was honoured by the association as both Most Distinguished Alumnus and the Alumnus of the Year.

Zulum on his part, thanked the alumni association for the award, saying the honour would encourage him to improve on the tempo of service delivery in the State.

On his part, the chairman of the occasion and former Health minister, Prof. Isaac Adewole, commended Zulum for carrying on from where his predecessor, Senator Kashim Shettima, left.

He commended Shettima for discovering Zulum, just as he described Oyetola as a magician, saying most times he wondered how the Governor managed to pay salaries and still carried on with infrastructure developments. 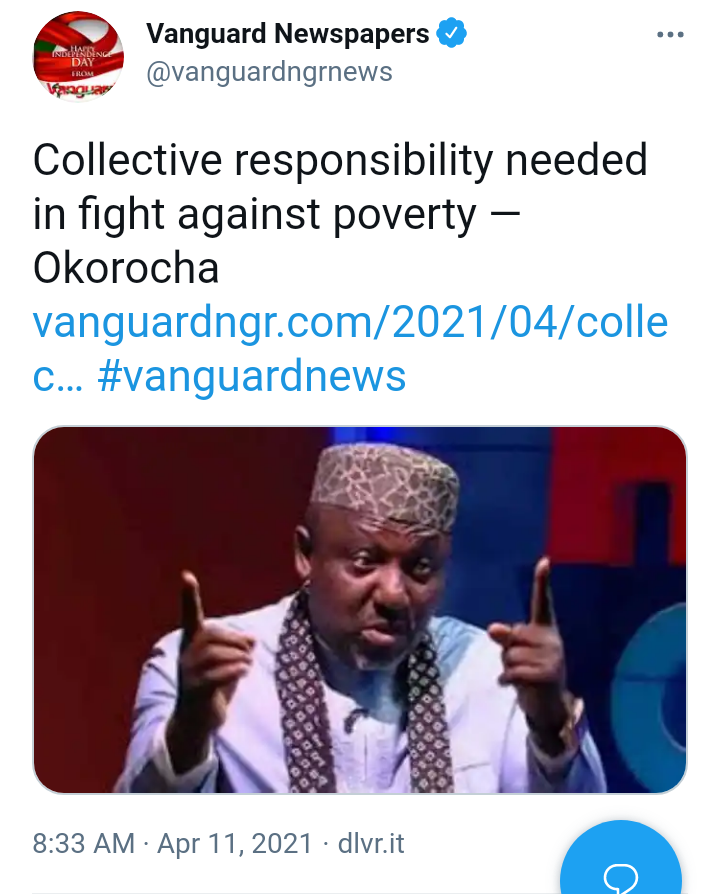 He made the call on Saturday during the grand finale of the 2021 Ibadan Week Celebration held at the Obafemi Awolowo Stadium in Ibadan.

The News Agency of Nigeria (NAN) reports that Okorocha, a former governor of Imo State, was honoured with ‘Outstanding Friend of Ibadan’ at the occasion.

NAN reports that Okorocha’s award was in recognition of his contributions to the education of indigent students through his free education programmes.

Okorocha said that poverty and injustice were the common enemies of Nigeria, saying Nigerians must rise up to find lasting solutions to the menace.

He said that the problem of poverty and injustice was still ravaging the nation, in spite of his little efforts in solving the problem.

Okorocha noted that it was difficult for poor and vulnerable children to go to school in Nigeria because of poverty, calling on well-meaning Nigerians to join hands in fighting the common enemy.

He thanked the Olubadan of Ibadanland, Oba Saliu Adetunji, as well as Ibadan sons and daughters for founding him worthy of the award.

NAN reports that Okorocha had through his Rochas Okorocha Foundation established a college in Ibadan.

About 25,000 indigent children across the South-West out of which 6,000 were from Ibadan, have benefited from the school’s free education.

Chief Yemi Soladoye, the President-General, Central Council of Ibadan Indigenes(CCII), said that the annual Ibadan Week was to celebrate Ibadan indigenes and others who have contributed to its development.

He urged all Ibadan indigenes, both home and abroad, to continue to support the development of Ibadan as well as perform their responsibilities towards the upliftment of Ibadan.

NAN reports that the event featured cultural display and homage paid to the Olubadan of Ibadanland. 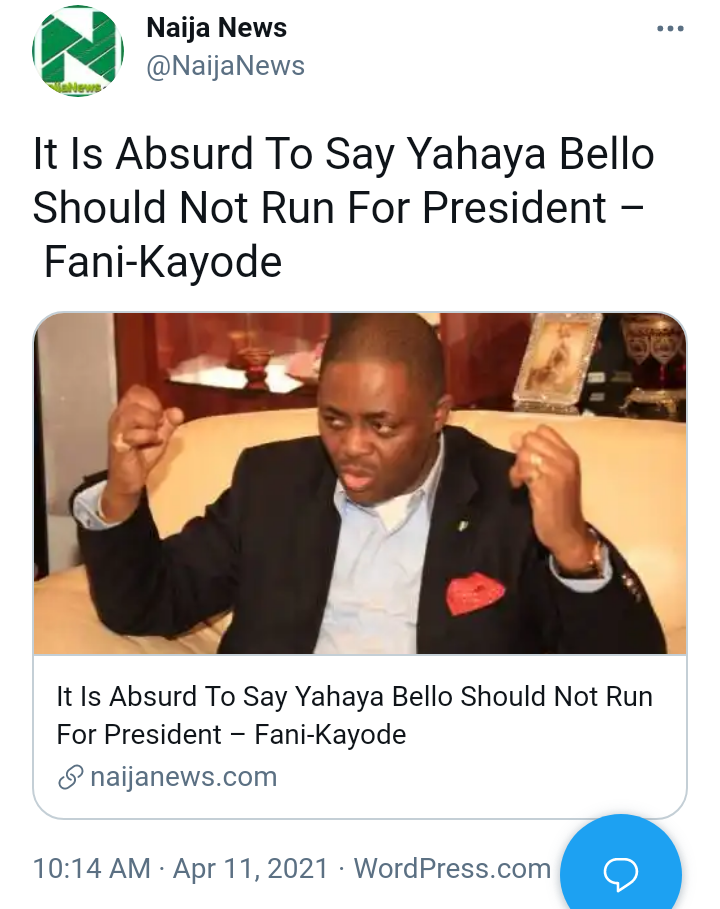 Naija News recalls that Governor Yahaya Bello was asked to relinquish his desire to run for the position of president come 2023.

The North Central Council of the All Progressive Congress (APC) made the call in Abuja on Thursday, April 8.

But reacting in a post on his Twitter on Sunday, Fani-Kayode noted that Nigeria needs strong & decisive leadership, a generational change & a bridge-builder.

Speaking at a press conference in the Federal Capital Territory earlier today, Kassim Muhammad, the Coordinator of APC North Central Council, had suggested that Governor Bello should forget his urge to lead the country and instead support the zoning of the party’s National Chairmanship to the region.

Muhammad who spoke at the APC National Secretariat said Bello must allow the North Central part of the country to produce the next president, in the interest of fairness.

He described the governor as a democrat, noting that it would be best that he abandon his ambition in the interest of political justice and equity. 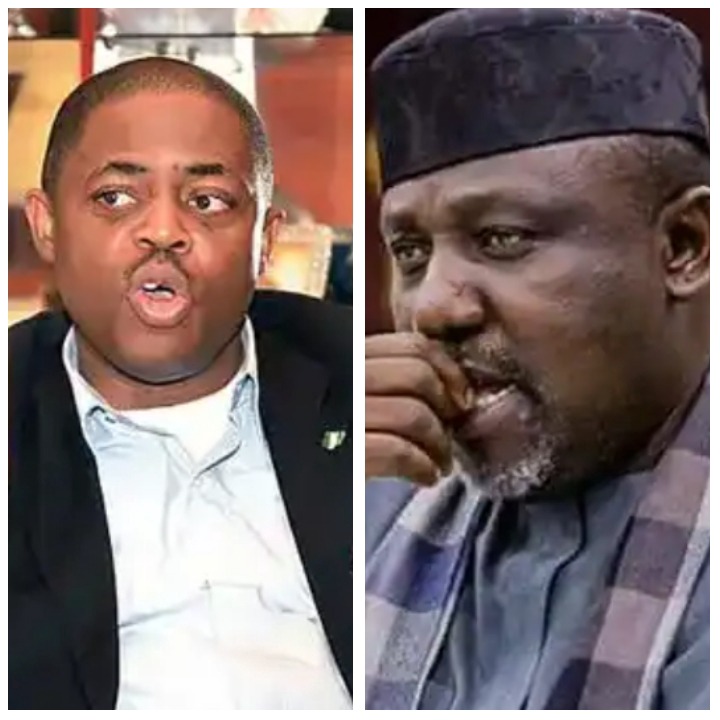 Mother's Day: See The Picture A Minister Posted That Sparked Outrage And Got People Angry

Headlines: IPOB asks US Govt not to sell weapons to Nigeria, Nigerians Have Marginalized Igbos- Sani