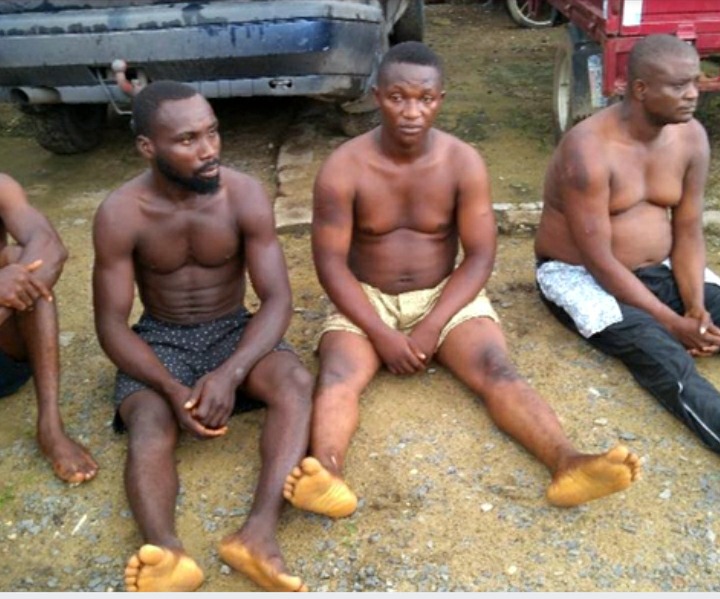 No fewer than five persons were killed in six attacks in Akinyele area.

Please stay safe as you go out.

This prediction was issued by the Nigerian Meteorological Agency (NiMet) in their Weather outlook released on Friday, July 17, in Abuja.

Malami Has No Credibility, EFCC Can’t Function Effectively With Attorney-General Like Him —Junaid Mohammed | Sahara Reporters

According to Mohammed, there was no way the Economic and Financial Crimes Commission can function effectively and deliver on its mandate with Malami as AGF.

Magu was arrested in Abuja last Monday and taken to the State House in Aso Villa to appear before the Justice Ayo Salami-led Presidential Investigative Committee. He was released 10 days after his arrest.

Nigerians were shocked when the counsel for the suspended EFCC acting Chairman, Wahab Shittu, boastfully declared that he had Magu’s instruction to inform the public that ‘he will be reinstated back to the office.

The House of Representatives Committee on Niger Delta Development Commission (NDDC) has summoned the Minister of Niger Delta Affairs, Mr. Godswill Akpabio to appear before its on Monday, 20th July, 2020 over allegations of financial malfeasance. The invitation for Akpabio to appear may not be unconnected with some of the allegations and revelations The post Reps summon Akpabio, invites NDDC boss who walked out on them.

GARBA Shehu, the presidential spokesperson has denied claims made by SaharaReporters that he authored the controversial report which accused Yemi Osinbajo, the Vice President and Femi Falana, a human right lawyer of being involved in the allegation against the embattled former Acting Chairman of the Economic Financial Crimes Commission (EFCC), Ibrahim Magu. Shehu said he The post I don’t write for NAN, this could be price for doing my job – Garba Shehu.