By Voiceofyala (self media writer) | 1 month ago 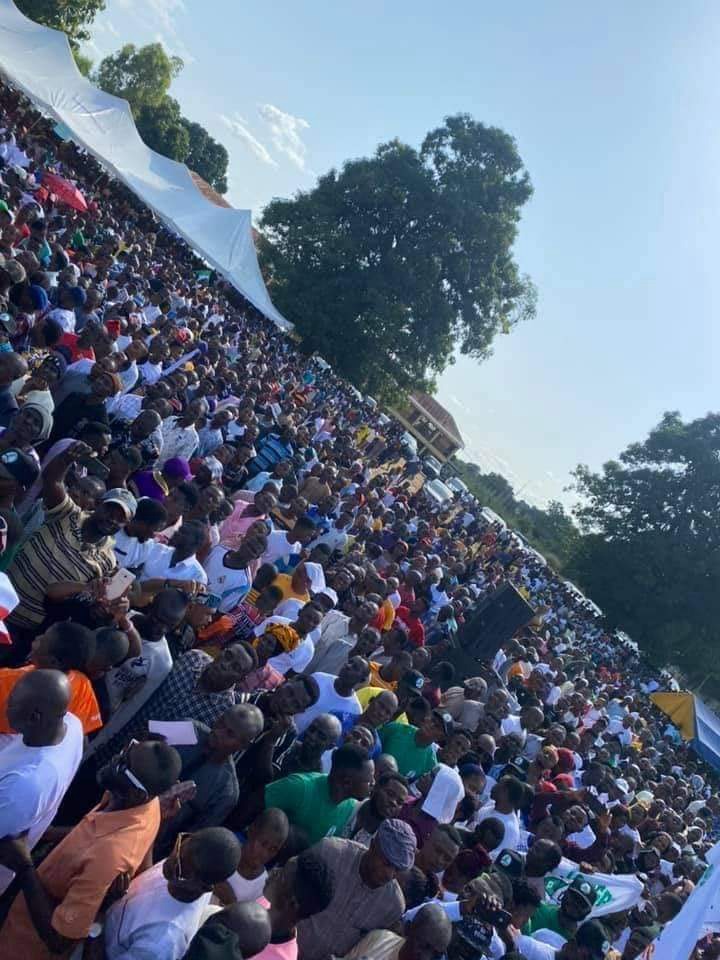 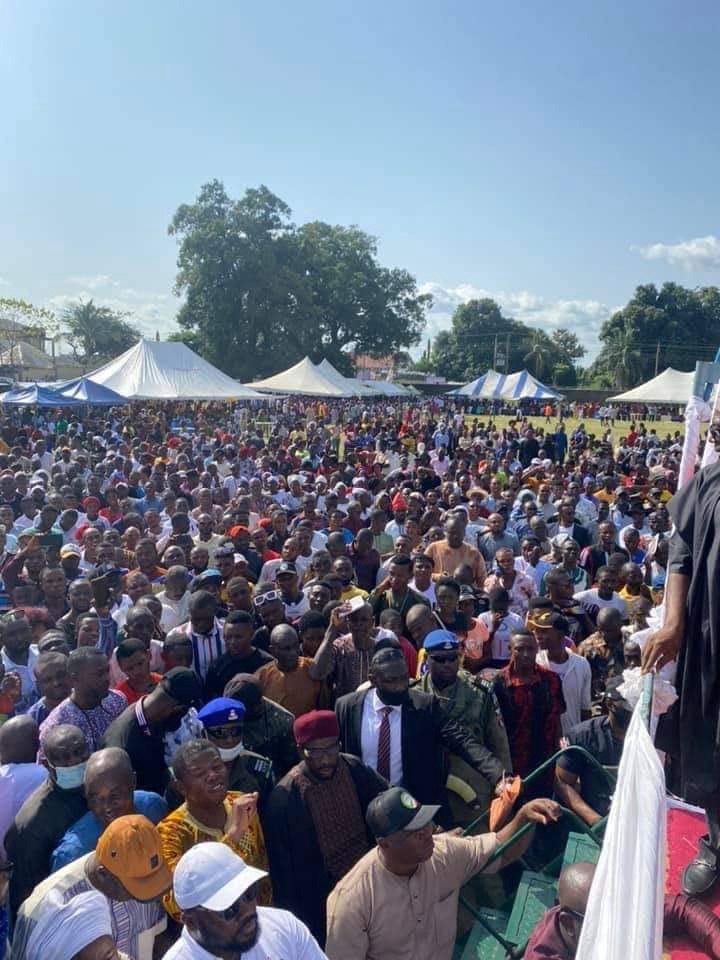 Yesterday, 24th October, 2021, The Cross River North Senatorial District, witnessed an epoch making turnout of the crème dela crème in Cross River state politics and thousands of constituents, as Distinguished Senator Jarigbe Agom Jarigbe, Senator representing Cross River North Senatorial District, held a thanksgiving reception to thank God and his supporters for their overwhelming prayers and support that has cumulated to victory in the Senate tussle. 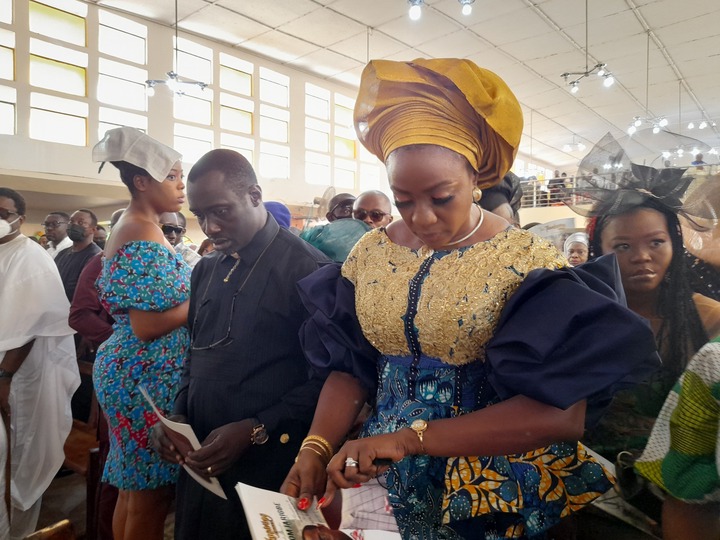 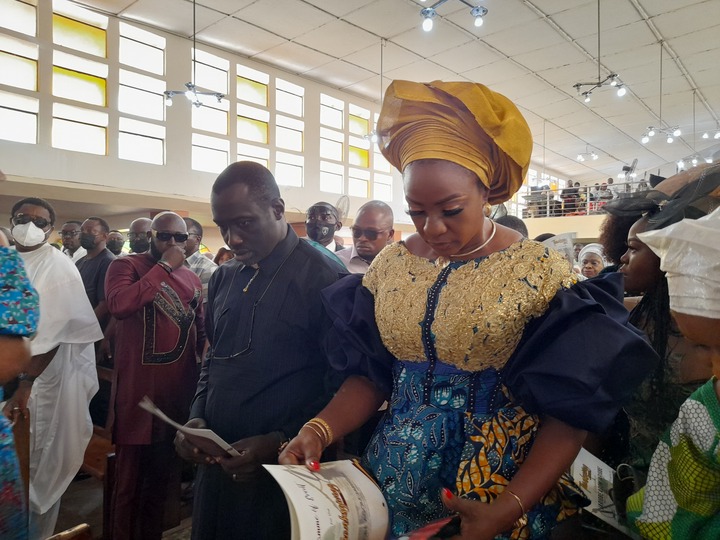 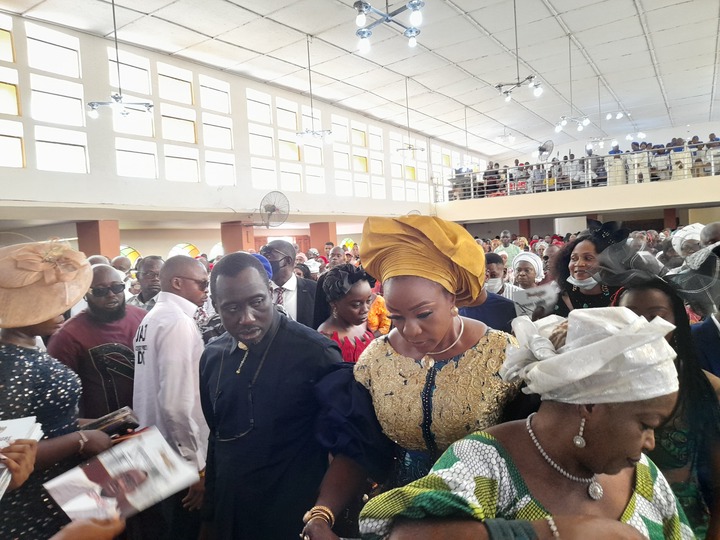 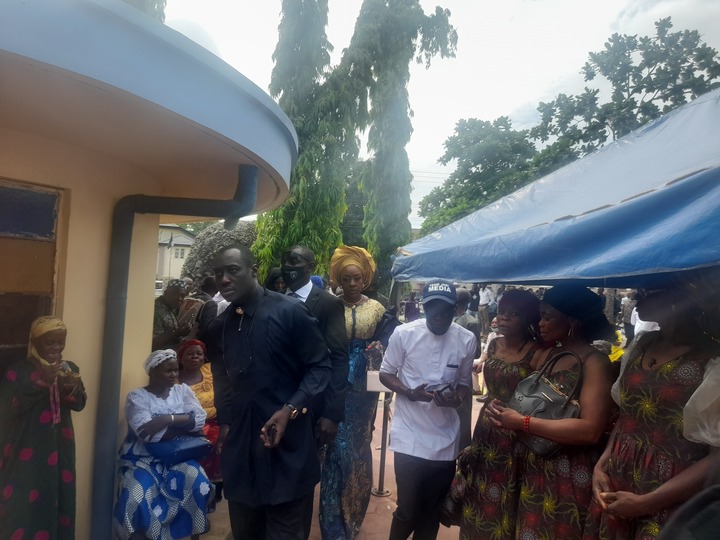 eaking at the event, Sen. Liyel Imoke, described Senator Jarigbe as a conscientious fighter, a politician and son in whom he's well pleased. "He fought for the liberation of the people of Cross River North and with the crowd gathered here, It shows Jarigbe is truly loved and hasn't disappointed his people. He's a politician with a difference. To Jarigbe, while others play politics without service delivery to the people, he sees politics and service as inseparable elements of societal growth."

In same vein Distinguished Sen. Sandy Onor noted that, when the struggle to liberate CRN started, many didn't believe Jarigbe will win but today, the rest is history. "Jarigbe saw a Cross River North people who were depressed, ridiculed, and shortchanged, who does not have any stake and input on who and how to be represented. He stepped into the ring to fight to liberate his people, Indeed he's a dogged politician with utmost concern for humanity. I congratulate the people of Cross River North, you've got the best."

Sen. Joseph Obinna Ogba, representing Ebonyi Central Senatorial District who also represented the 9th Senate Assembly, described sen. Jarigbe as a perfect legislator and an intelligent politician with a passionate disposition, "Ordinarily, I shouldn't be here, because my Constituency is in Ebonyi State and not Cross River State, but I'm here because Jarigbe respects friendship a lot and we share similar traits. In 2015, the Governor didn't want me to become a Senator but just like Jarigbe, I defeated my sitting Governor and became a Senator. I understand what Jarigbe has passed through, the battle he has fought, it can only be God."

Sen. Jarigbe, in his remark, thanked the Royal fathers for their apolitical stand during the battle, he thanked the good people of Cross River North, and the dignitaries who joined him to thank God. According to him, he hasn't been to any native doctor for any power before, the battle has been of the Lord. He never lost faith, he combined faith and work because faith without work is dead, "The battle wasn't an easy one, Cross River State treasury was opened against me but we fought against people who want to lord over everybody, people who want to take the place of God in people's lives. We fought for the liberation of our people. It is Honorable to fight and fail than not fighting at all and still watch yourself falling. We're here to give our best to the people of Cross River North."

" I'm a PDP member but a Senator to all Cross River North people across Party lines."

The glamorous occasion also witnessed mass defection of All Progressives Congress (APC) Members to the Peoples Democratic Party (PDP) in a colossal manner that suggests a looming danger in the camp of the APC, following Sen. Jarigbe's effective leadership. The returnees and defectors were received by the PDP State Chairman. Barr. Vena Ikem and other party leaders. Vena formally welcomed them and ensured that the PDP will be hospitable and create space for them to soar. "I was once like you, I made a mistake and left the PDP, I realised immediately that PDP is the better place and I returned immediately. To the glory of God, today, I'm the party Chairman in our dear State." Some defectors who spoke on behalf of others, specifically noted that, the leadership style of Distinguished Senator Jarigbe Agom and the transparency, maturity and the readiness of the PDP to alleviate the suffering of the people of Cross River State, couple with the high-handedness, the lies and corruption that has characterised the Cross River State government and APC, is what endeared them to return/defect to the party to rebuild and reposition in order to win the state back to the people in 2023. According to Hon. Gabe Ugor, former Yala LGA Chairman and one of the returnees, Cross River State is bleeding, Cross Riverians are suffering, while the government is busy lying and making caricature of the sensibility of Cross Riverians." 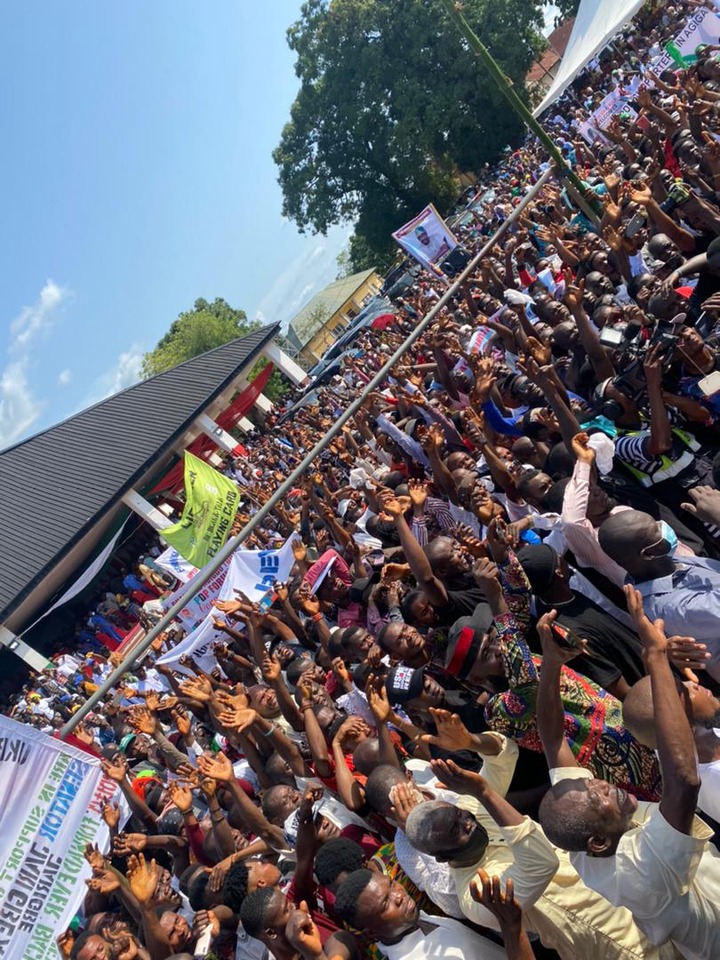 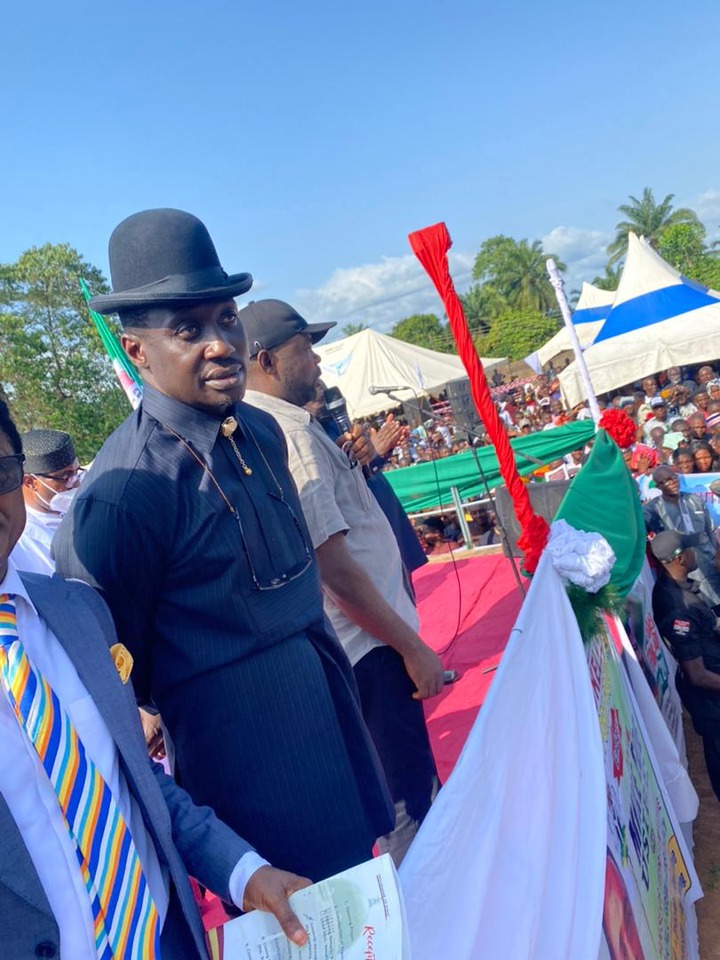 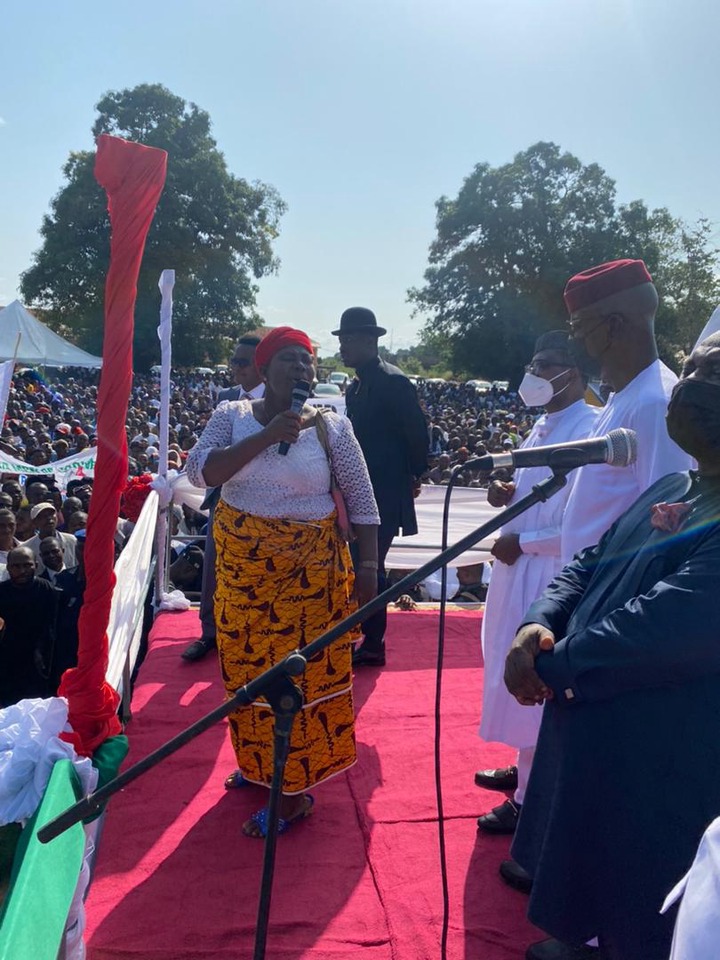 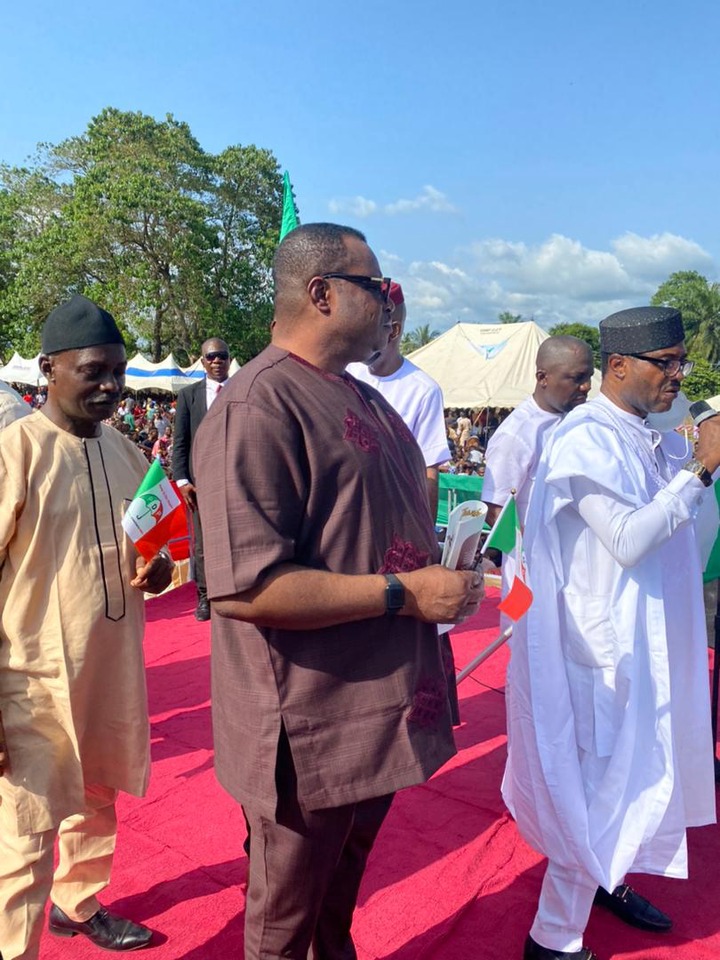 They know nothing about governance. We have come to work together to reclaim the State from the emperors where every Cross Riverian will have a say and stake in their State." - the returnees/defectors added.