"Why Is Southern Nigeria A No Go For Buhari Since Being Sworn In For Second Term"?-Reno Asks

Former Presidential Aide, Reno Omokri had come out to accuse President Muhammadu Buhari by alleging that he has not been able to visit the southern region of the country ever since he was sworn in as President for the Second tenure. 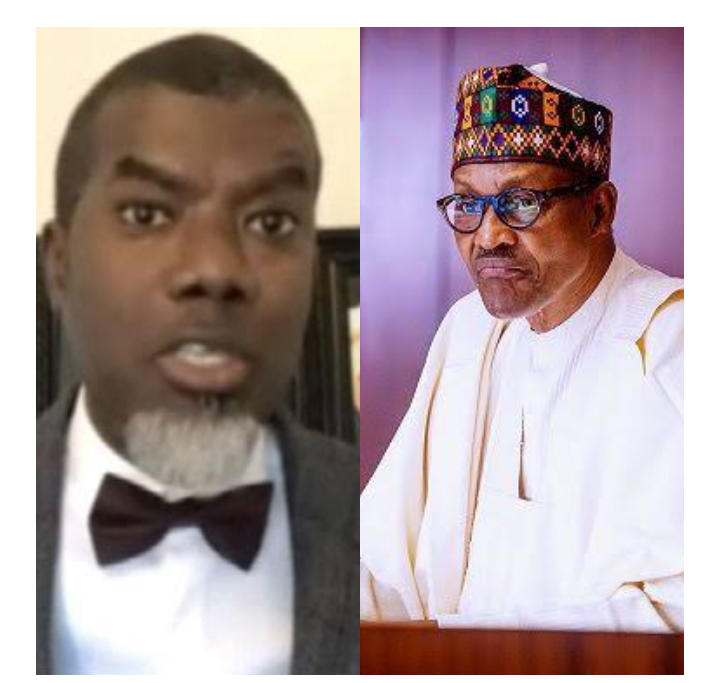 In a tweet through his account, Reno asked that why is the Southern Nigeria a no-go area for Buhari and also is that a way to Govern a Nation?

More so, Reno spoke on the trip President Buhari does embark on. He laments by saying that President Shuffles between London and Northern Nigeria thus alleging that he ignored the Southern part of the country.

"Since he was sworn in for a second term, had General @MBuhari visited Southern Nigeria? Not to my knowledge. Correct me if I’m wrong. He shuttles between London and Northern Nigeria. Why is Southern Nigeria a no go area for Buhari? Is this how to govern a nation?", he tweeted. 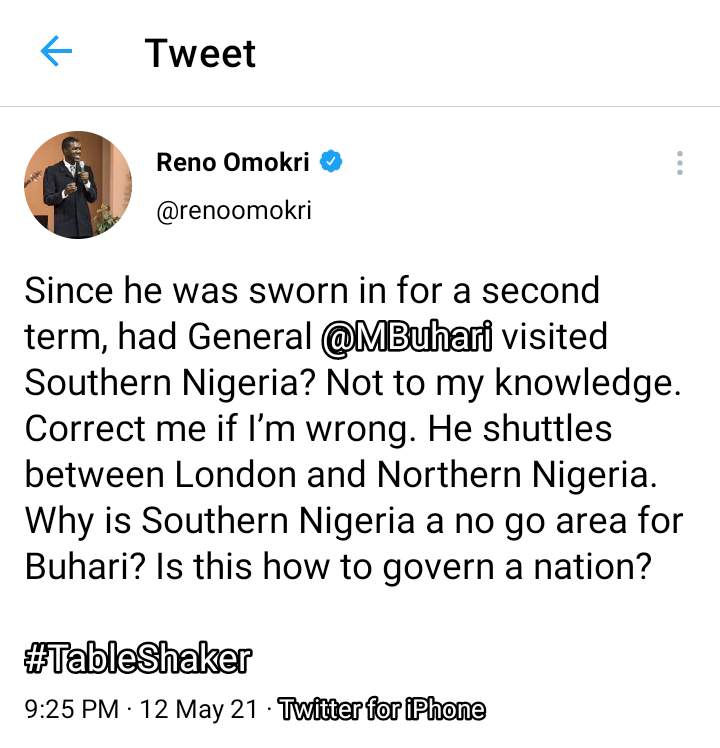 This is coming after some people especially from the southeast accused the present Administration of neglecting their region. This alleged marginalization has further increased the insecurity in the region as called for secession has filled the air in recent times.

This move for secession and actualization of Biafra has led to chaos through the burning of Police stations, killing of policemen and looting armory, and destruction of other Private and Public properties In the region.

However, some people took to the comment section to react to what Reno Omokri has said. While some support his claims that the President has not been able to visit the southern part of the country since sworn on for the second term, others countered the claim stating that Buhari has visited some places in the southern region after being sworn in for the second term.

Check out their mixed reactions below. 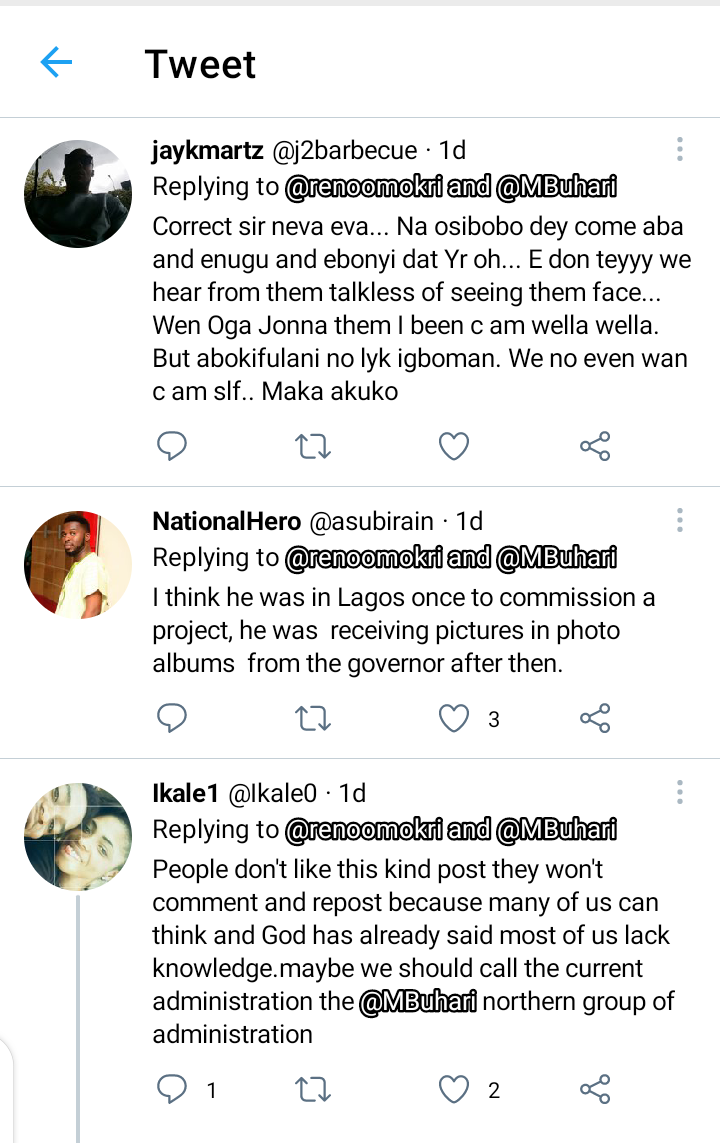 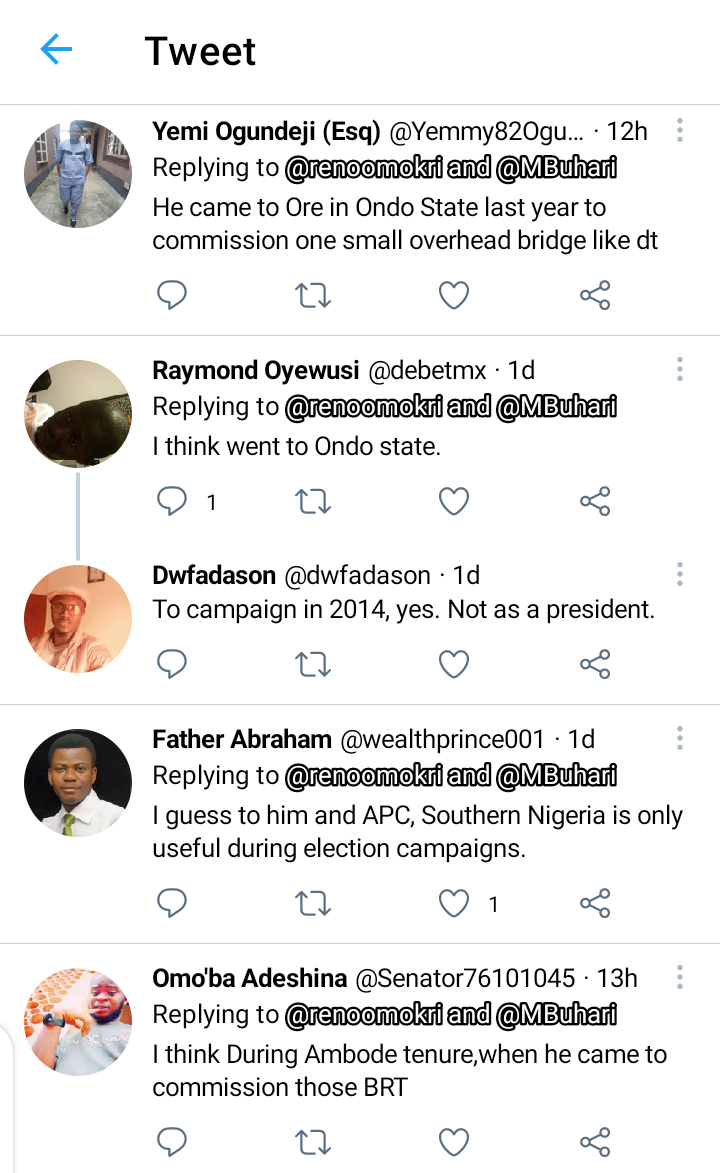 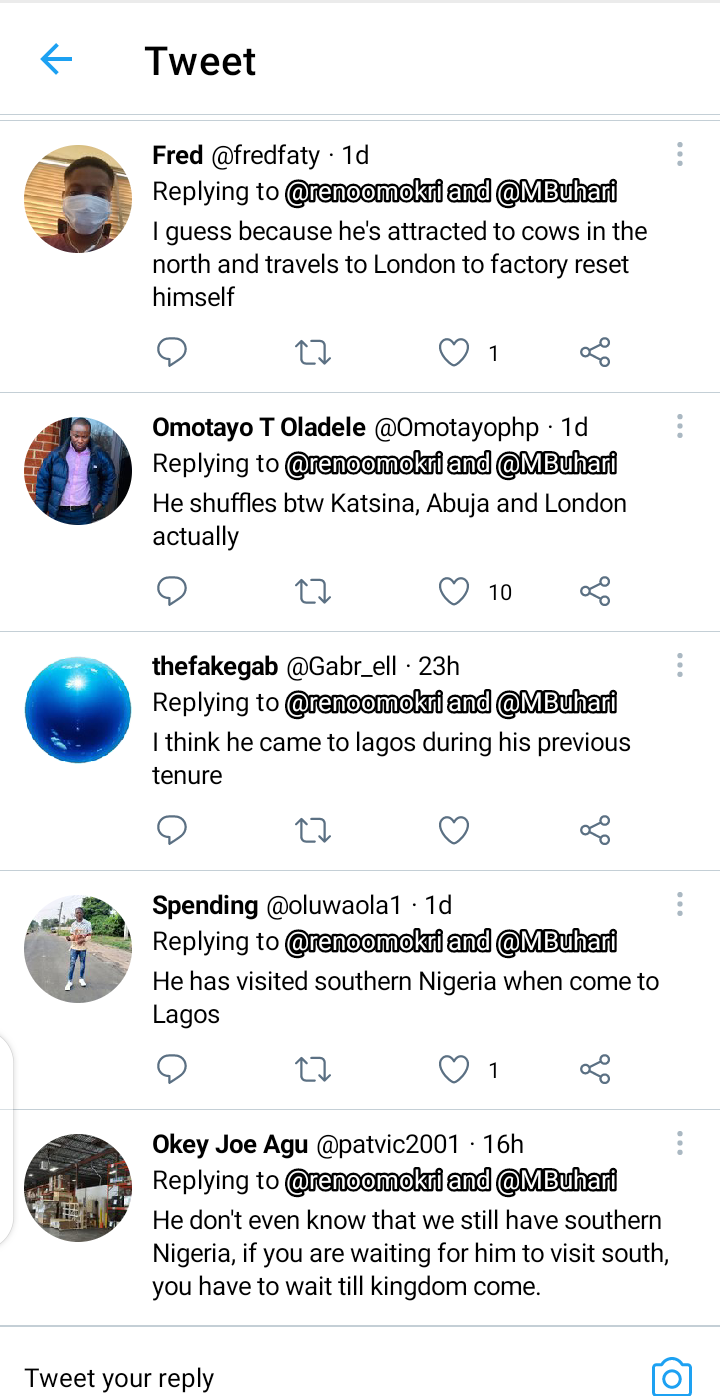 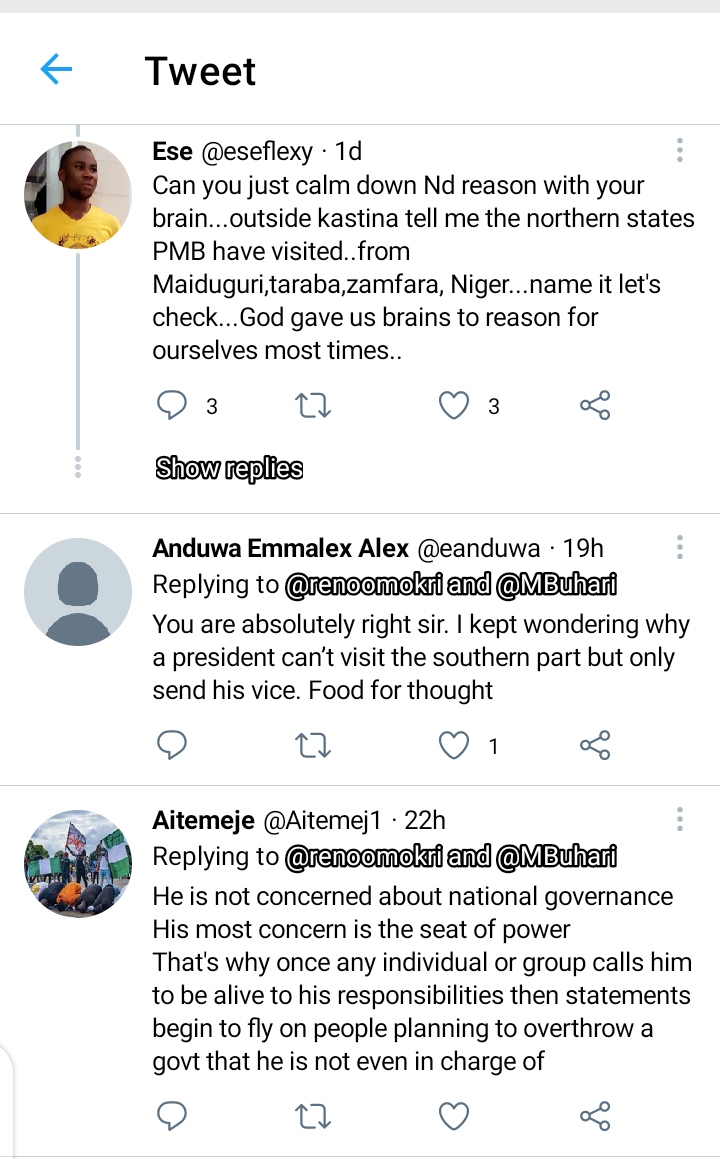 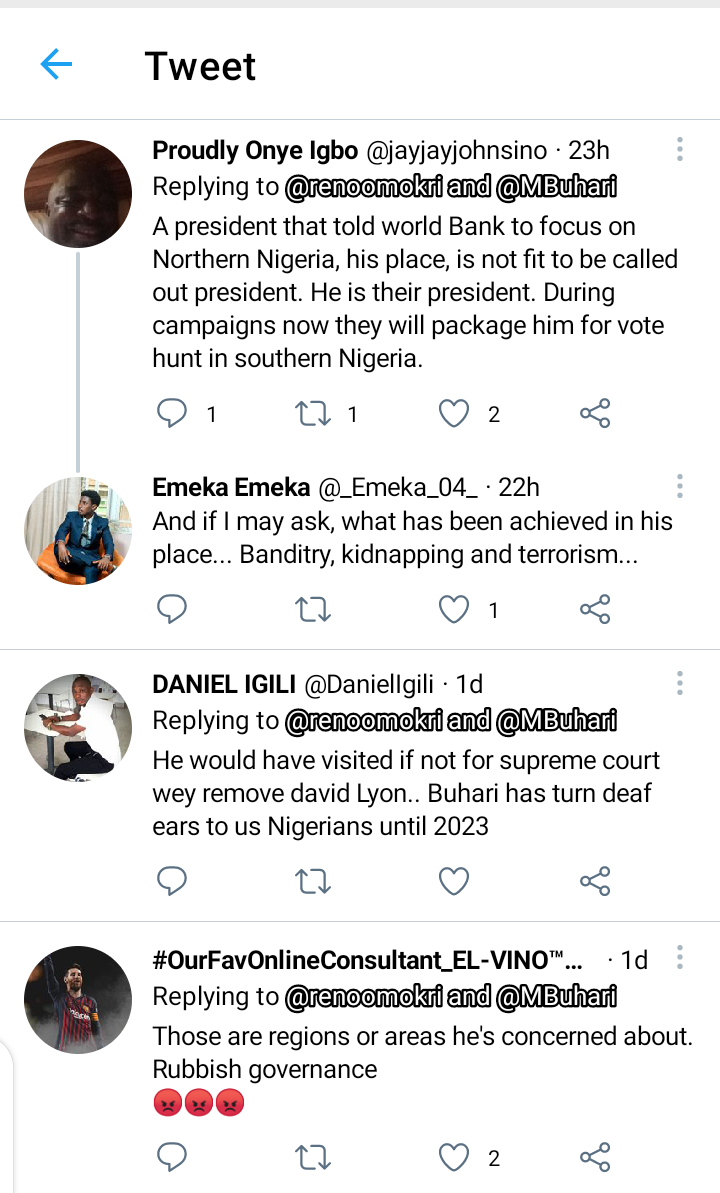