By OlatundeII (self media writer) | 4 months ago 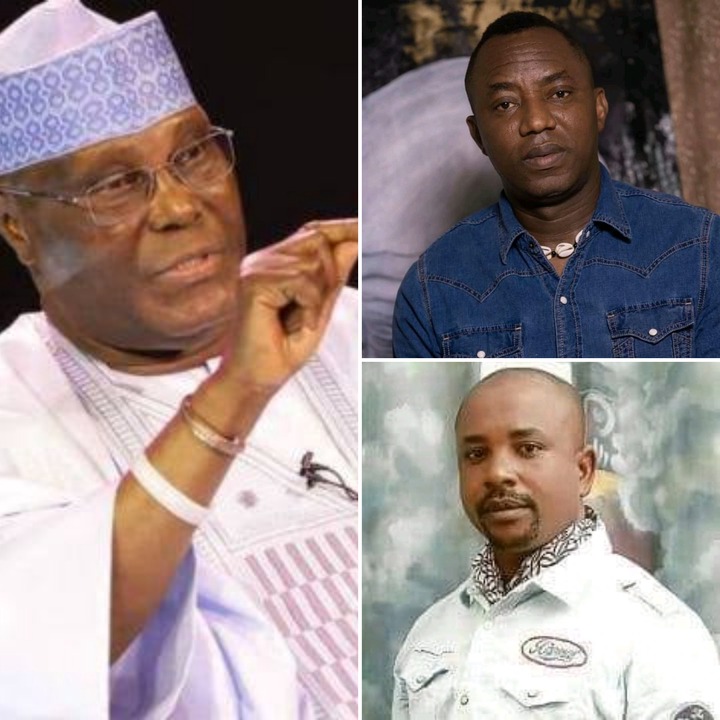 Recall that Omoleye Sowore announced that his brother, Olajide, was shot dead near Okada City in Edo State on Saturday morning. Sowore stated that Olajide was coming back from Igbinedion University, where he is study pharmacy before he was shot dead.

Reacting to the news, Atiku Abubakar, issued a statement condemning the terrible murder of Sowore's brother on his social media account.

The former president stated that Sowore's murder and the daily murder and kidnapping of innocent citizens across the country saddened him.

He expressed his condolences to the Sowore's family and friends, and prayed that God would give them the courage to endure irreparable losses.

He wrote: “I just received news of the reported killing of Mr Olajide Sowore, a student of Igbinedion University and the immediate younger brother of human rights activist, Yele Sowore. His death, and indeed the killings and daily abductions of innocent citizens, saddens me."

“Every death diminishes our humanity. My sincere condolences to the Sowore family and his friends. May his soul rest in peace.” 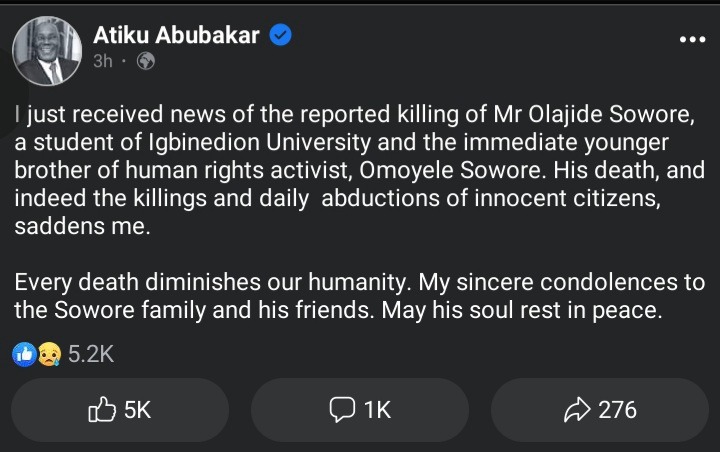 Content created and supplied by: OlatundeII (via Opera News )