By Yobonews (self media writer) | 10 days ago 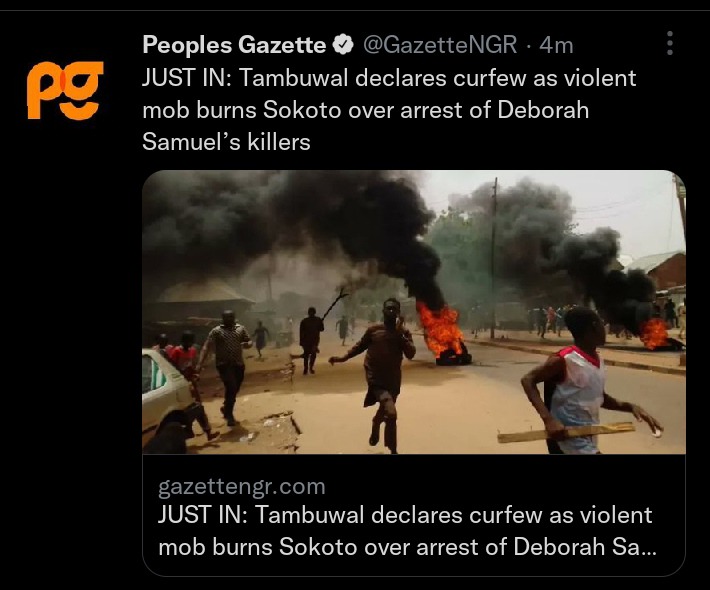 Governor Aminu Tambuwal has imposed a curfew over Sokoto to curb further spread of violence amid a mob rampage for the release of Deborah Samuel’s murder suspects.

The governor said the directive was issued “in pursuance of peace and order in Sokoto metropolis and the entire state.”

Ms Samuel, a 200-level home economics student of Shehu Shagari College of Education, was killed on Thursday morning at about 9:00 a.m. for allegedly criticising Prophet Muhammad. 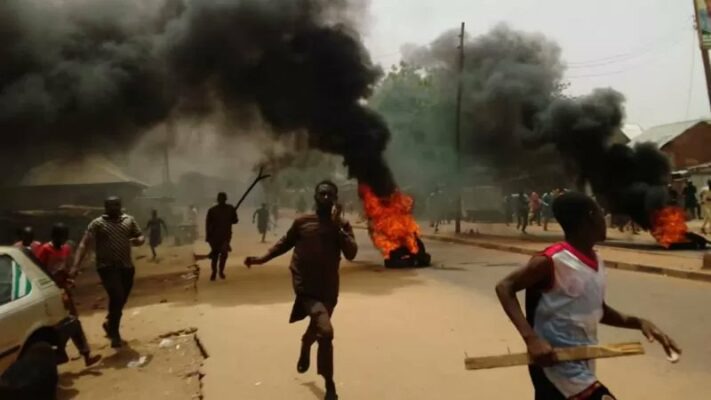 Tinubu Speaks On His Health Issue 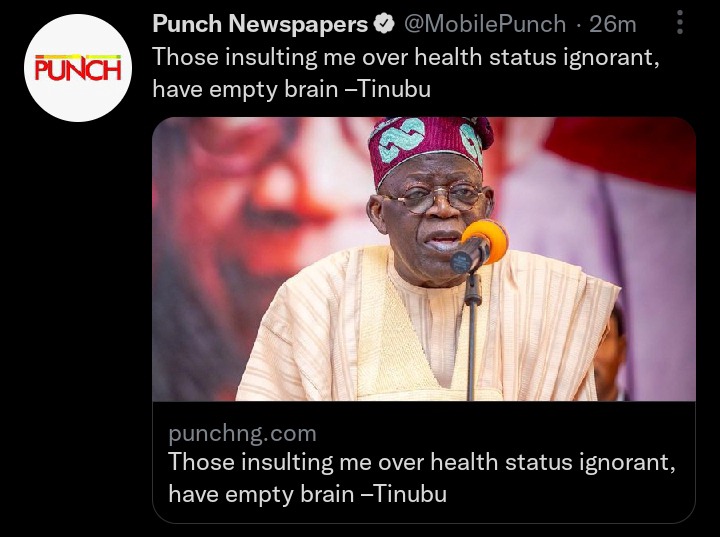 All Progressives Congress chieftain and presidential aspirant, Bola Tinubu, has stated that qualifying to be President of Nigeria doesn’t require strength but intelligence and smartness to overcome the numerous problems bedevilling the country.

“A President’s job is not to climb mountain, a wrestling match, or carry concrete; it is to think and perform with his brain. 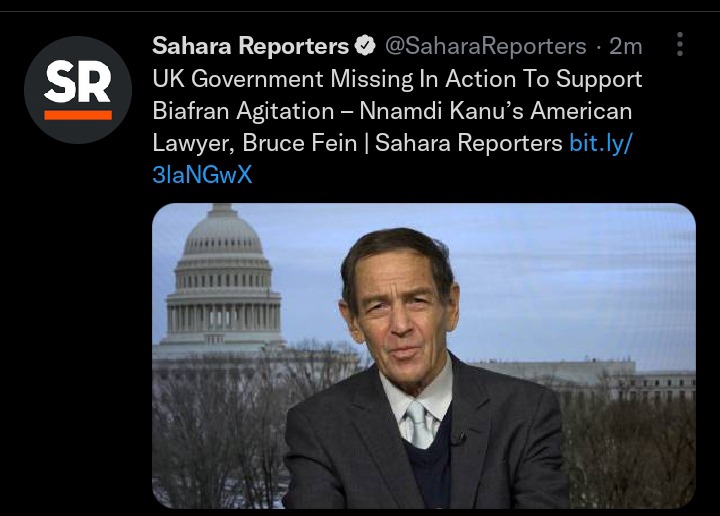 Bruce Fein, American legal practitioner representing the detained leader of the Indigenous People of Biafra (IPOB), Nnamdi Kanu, has tackled the United Kingdom Government over its inaction on the Biafran agitation.

Fein, on Saturday, said that for over five decades since the end of the Biafran war, the wounds were yet to heal for many as some Nigerians still agitated for the breakaway state.

Kanu, the IPOB leader, who is also a British citizen, is the most noticeable face of the Biafran movement. The Nigerian government had declared IPOB a “terrorist organisation” in 2017, but the pronouncement had not stopped the group’s activities – especially overseas where it enjoys the support of millions of Igbos in the diaspora. 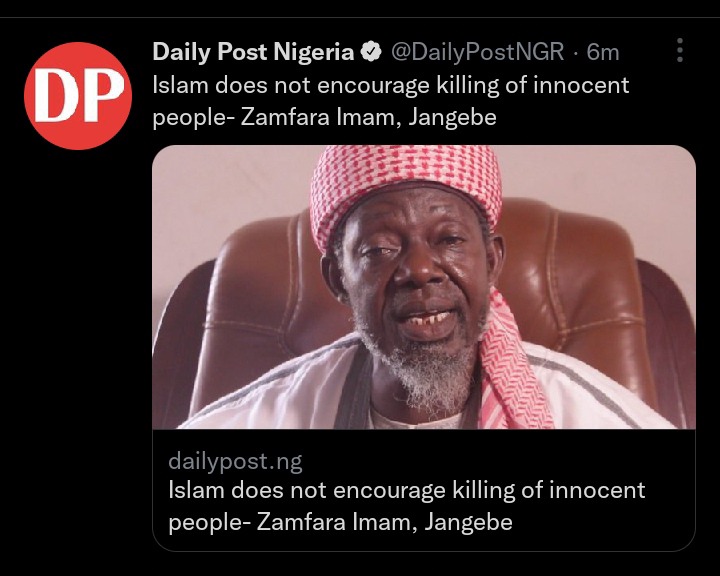 The Zamfara State Commissioner for Religious Affairs who is also the Chief Imam of the Muslims Foundation mosque, Sheikh Sani Tukur Jangebe has condemned the lynching and gruesome murder of Deborah Samuel of the Sokoto State College of Education.

The Islamic cleric advised Muslims to abide by the teachings and lessons of Islam, saying even the prophet Mohammed, underwent several insults and humiliations but did not order the killing of his adversaries.

He said it is a very great sin for any Muslim to take such laws into his or her hands, saying that Allah did not ordain such Islamic injunction.