2023 Election: Would The South East Ever Support Peter Obi If He Contests For Presidency? 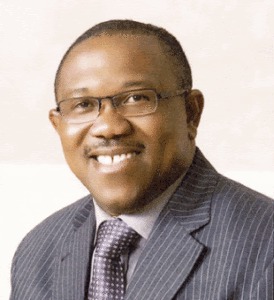 Nigerian politics is one of a kind. This is because out of over 200 tribes that we have in Nigeria just few tribes are usually at the helm of affairs at the federal level. For instance, it is mostly the Fulanis, Hausas, Yorubas, Ijaw, and Igbos. These tribes mentioned have had the opportunity to become the number one citizen of this country (i.e the President/Head of State). This is because they are commonly regarded as majority ethnic groups while others are minority in Nigeria.

However, the Igbo ethnic group have participated less in ruling Nigeria over the years, the first and the last Igbo President was Dr Nnamdi Azikwe, another Igbo who ruled Nigeria was General Aguyi Ironsi as the military head of State. He was the last Igbo man to rule Nigeria as the President and when he was the Head of State, there was this clash between the Hausa people and the igbo people as they accused Aguyi Ironsi of Nepotism i.e favouring majorly his clansmen. This created uproar in the North which later led to the hijack of power by the Notherners which brought in General Yakubu Gowon as the head of State. During the military rule of General Yakubu Gowon, the Igbo ethnic group clamoured for secession which led to the Nigerian civil war between 1967 to 1970.

The Igbo people wanted a country of their own which they named "Biafra" but this plan was jeopardized through the Nigerian civil war between 1967 to 1970. Since then it has become difficult for the Igbo People to occupy the presidential seat as the Number one citizen of this country. Since them it has become just the a switch of Presidential post between the south west, North in general, and south south regions

Nevertheless, the Igbo people are still very much interested in becoming the President of this country, although it seems difficult for now but it'll become a reality one day. But before then, if at all a chance would be given to the Igbos to become the President of this country come 2023, which Igbo man do you think the south east would support? We have potential igbos who can and would represent the interest of the south east. But let's talk about one person here which is Peter Gregory Obi. The reason why I want us to talk about this igbo individual is because he was the PDP Vice Presidential Candidate for 2019 general election and it was obvious that there was maximum support for Atiku from the South East because of Peter Obi. Now the question is, would the South East ever support Peter Obi if at all he now contest for Nigerian President come 2023 under any party of his choice? Let's forget about his chance of winning the election here and talk about the support his likely to get from his region. 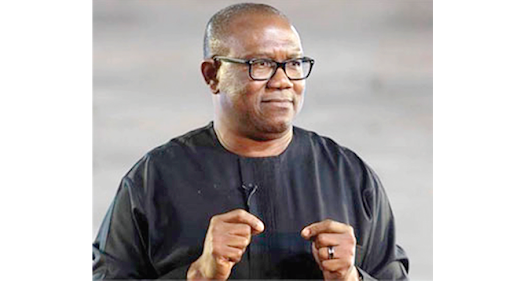 Who is Peter Obi?

Peter Gregory Obi, born on July 19, 1961 hails from Anambra State. He is a Nigerian successful Nigerian politician and business man. He was the former Governor of Anambra State and the vice presidential candidate in the 2019 general election under the people's democratic party. Peter Obi was the former governor of Anambra State. He served from 17 March 2006 to 2 November 2006, when he was impeached and from 9 February 2007 to 29 May 2007 after his impeachment was overturned. Although a fresh election was held on 29 April 2007, he was reappointed Governor on 14 June 2007 after a court ruling that he should be allowed to complete a four-year term. He won a 6 February 2010 election for a second term as Governor in 2010. During his 8 years in power, he was regarded as the best Governor in Eastern region during his regime. He builds road, provides quality Education, provides good job and so on. His enormous achievements in his state made him one of the most influential igbo politician and this made the PDP presidential candidate in 2019 general election to appoint him as his Vice President. Although they didn't emerge but still doesn't stop the fact that he can do well as the Vice President if it had happened that he emerged.

Having known little about this popular politician from the South East Nigeria, does he stand the chance of gaining maximum support from his region? Well, to me I believe If Peter Obi was given the opportunity of representing the eastern part of the country in the forthcoming general election in 2023 as a Presidential Candidate, I am of this notion that he would gain the necessary support he would be needing from his people due to two reasons I'll be explaining below;

1. His Popularity in the South East

It is no doubt that Peter Obi is a very popular politician in South East and not only in South East but even in Nigeria as a whole. As a governor, he was known for some of his achievements in Anambra state and he gained more popularity among his people when he was appointed by Atiku Abubakar as the Vice Presidential Candidate under the Peoples Democratic Party. During the 2019 general election, it was obvious that PDP got massive support from the South East because of Peter Obi who was the Vice Presidential Candidate and it was even more obvious when the results of the 2019 general election was announced, PDP got more votes from the South East than any other region in Nigeria. With this, I believe Peter Obi is loved and likely to get much support from South East Nigeria if at all he contest for President come 2023. 2. His Achievements When He was a Governor

He was said to have won a 6 February 2010 election in Anambra state where he spent 8 years in power. During his regime as a governor in Anambra state, he was regarded as the best governor in South East due to some of his achievements in the state. He was said to have provided good roads, quality education, jobs and so on. With this, I believe the south East would support him if at all he ever contest for President come 2023.

Dear Readers, what do you think about my analysis and opinions? Please drop comments and let's talk about Nigerian politics.