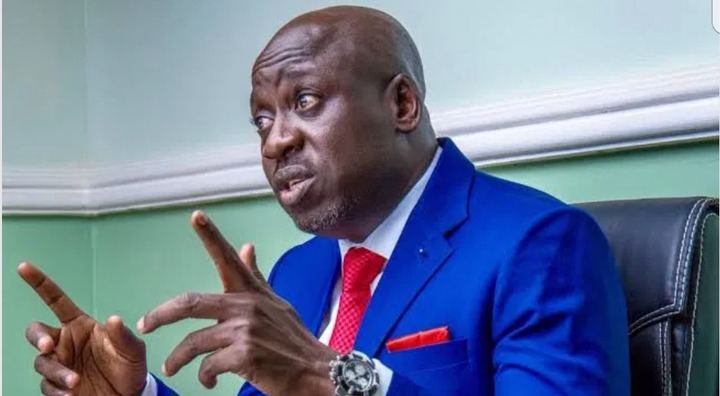 Abdulkarim, had in a WhatsApp group – Kwara Central Forum, alleged that Abdullahi is not from Ilorin and that he was one of those brought into the state by former senate president Bukola Saraki while he was governor of Kwara State.

Abdulkarim comment read in part, “Kwarans were fed up with ur Bad Leadership and Governance coupled with some of u that are imported/forced on Kwarans nor from ILORIN like u, Bolaji. Some Us are Old & Expose enough to know who are truly/actually Our Original Sons & Daughters not those ones brought in thru Crooked means or praise writing in pages of Thisday Newspapers to insult and Lie…,”

However, Abdullahi, who is also a former Education Commissioner in Kwara State, through his lawyers, Y.C. Maikyau & co asked Abdulkarim to retract his comments and apologize within the seven-day ultimatum or face legal battle.

The letter reads, “Our client asserts that not only are your comments false, but you do know that they are false, yet you published same deliberately, intending to harm our client’s hard-earned reputation,” a part of the letter to Abdulkarim reads.

“All through his political career and until this moment, our client has held himself out, represented, and deposed to Oaths as a Nigerian Citizen and an indigene of Ilorin (Ile Alapo, Oke Anifowose), Kwara State. Our client’s indigineship of Ilorin is not in question and it is duly acknowledged not only by his parents who are alive and well, but also by his district head, his community, and the Ubandawaki Ward.

“It has however come to our client’s attention that you formed a habit of publicly making damaging imputations against our client.

“You might be aware, that Defamation is a Crime contrary to section 391 of the Penal Code Law and punishable under Section 392 by imprisonment for a term of up to 2 (two) years or with fine or both.

“Besides being a Crime, Defamation is also a Tortious liability for which a civil action could be brought against you in this circumstance.

“We therefore demand that you withdraw the publication in question with immediate effect from all fora and social media. We also demand that you cause to be published in the same

“Kwara Central Forum,” an apology to our client within 7 (seven) days of the receipt of this letter.

“Please take Notice that should you fail, and/or refuse to accede to the demand of this letter, we have Our Client’s instruction to make a Criminal Complaint of Defamation against you to the Nigerian Police Force for Prosecution.

“Take further Notice that we also have Our client’s instruction to commence a Civil Suit against you for damages in a competent Court of Jurisdiction.”

See a copy of the letter underneath