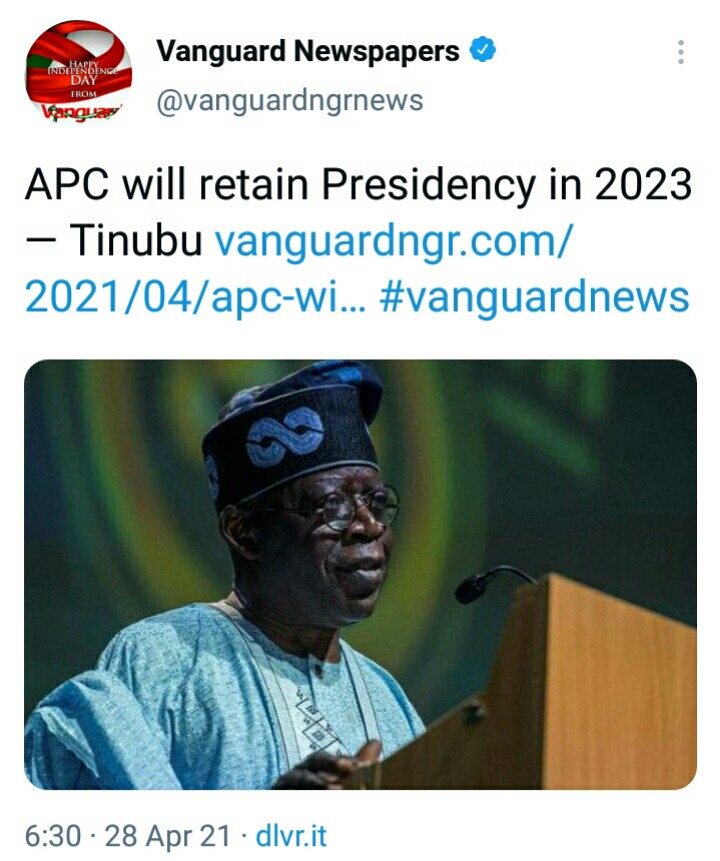 According to reports reaching us, Asiwaju Bola Tinubu, who is the National leader of the ruling All Progressive Congress, disclosed that chances of the party to retain the presidency in 2023 were as bright as midnight star and that no president intentionally wants his city to be exposed to dangers of banditry.

Stressing his point, the APC leader said that at the moment, he doesn't want to predict the party's likely chances of retaining power at the centre after president Buhari's tenure expired but hammered on the fact that the chances of the party Are indeed bright as the midnight's star, however, he pledges that the party and her members will continue to work for a better Nigeria, which is what Nigerians need. 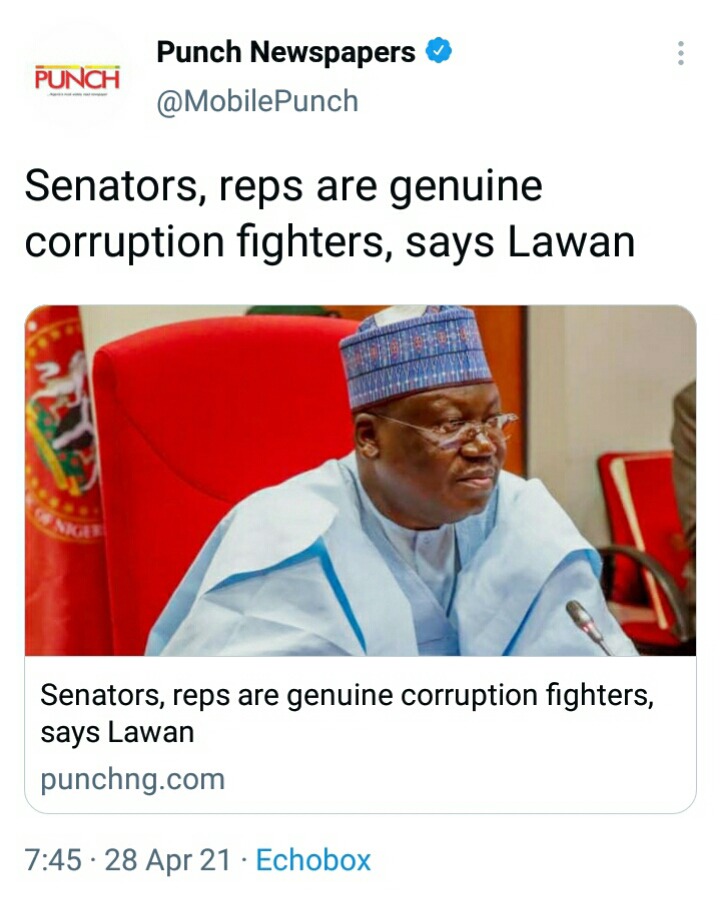 Ahmed Lawan, President of the senate has expressed in his description of the National Assembly members as being the fighters of corruption in Nigeria that are genuine.

Remarking on Tuesday night, In a statement released via his media office against corruption when he inaugurates the Nigeria chapter of the Global organisation of parliamentarians. His open declaration comes as a result of the federal parliament's refusal to reveal details of its annual budget amidst mounting pressure coming from civil society groups and the media. 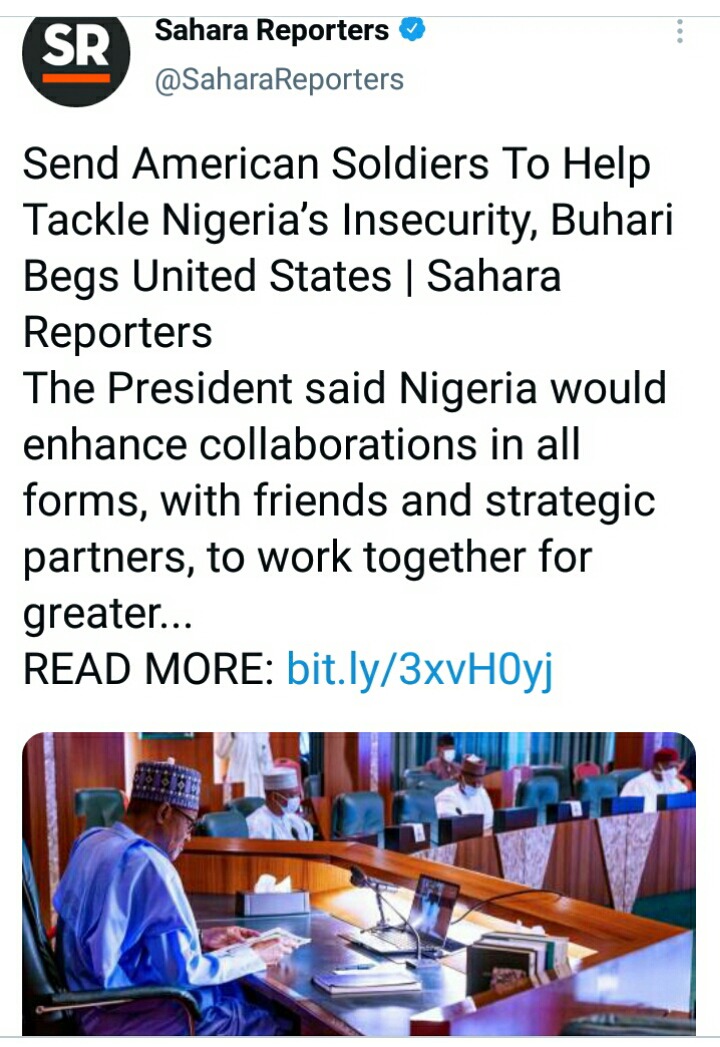 According to reports reaching us from SaharaReporters, it is said that President Muhammadu Buhari on Tuesday advises the U .S to give reconsider relocating its Africa Command from Stuttgart in Germany to Africa, close to the theatre of operation, he admonished the international community to render support to Nigeria and the sub-region by tackling growing security challenges in other to avoid spillovers.

According to the president, Nigeria would foster collaborations in every form together with friends to work and actualise greater security for all, which according to him, in other to overcome existential challenges, remains the most essential. 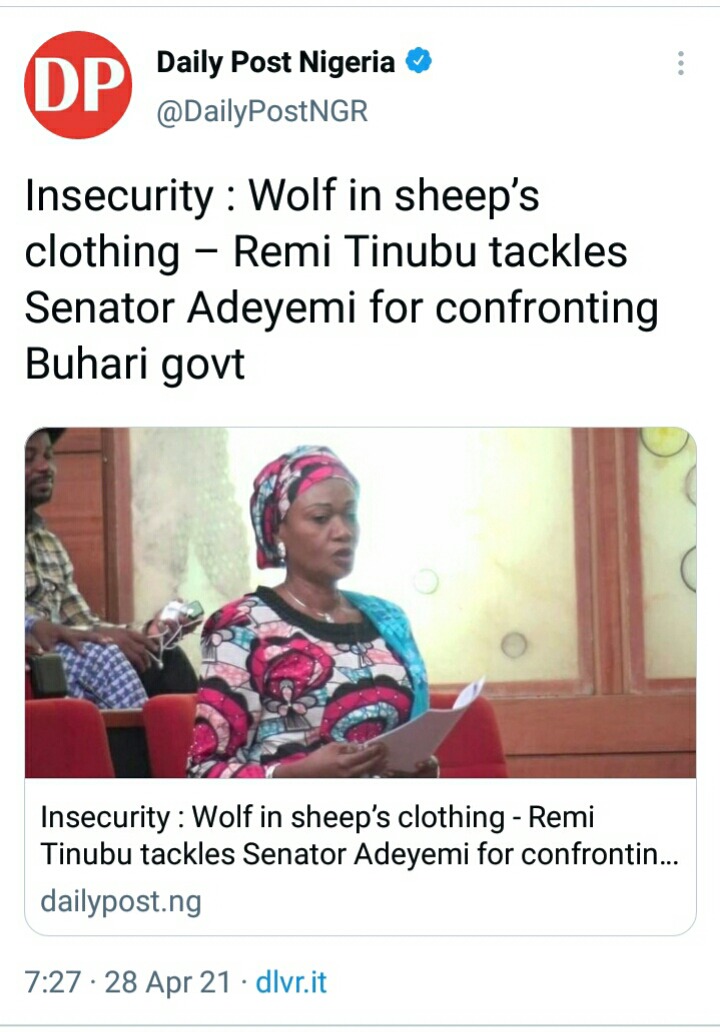 Based on reports reaching us, Remi Tinubu who is the lawmaker representing Lagos Central District at the Senate had on Tuesday attacked senator smart Adeyemi for opening up on the condition of insecurity across the country.

The senator, while airing his opinion on the prevailing security challenges during his contribution to a debate at the floor of the senate called on the Buhari-led government to look out for foreign help without any further delay. He went further to blow his mind by declaring that the present condition we are facing is the worst instability, which according to him is worse than a civil war.

Reacting to his comments, Mrs Tinubu attacked the senator being the same party member with her and represent the Kogi west and replaced Dino melee, asking him if he is in PDP and also a wolf in sheep's clothing.

The Kogi lawmaker as well as APC chieftain displayed maturity and ignored the commentary attacks made by the Lagos lawmaker, and went on to deliver his speech which he was passionate about.

Do you think APC will retain the presidency in 2023? Will the U.S give support to President Buhari in other to tackle insecurity? 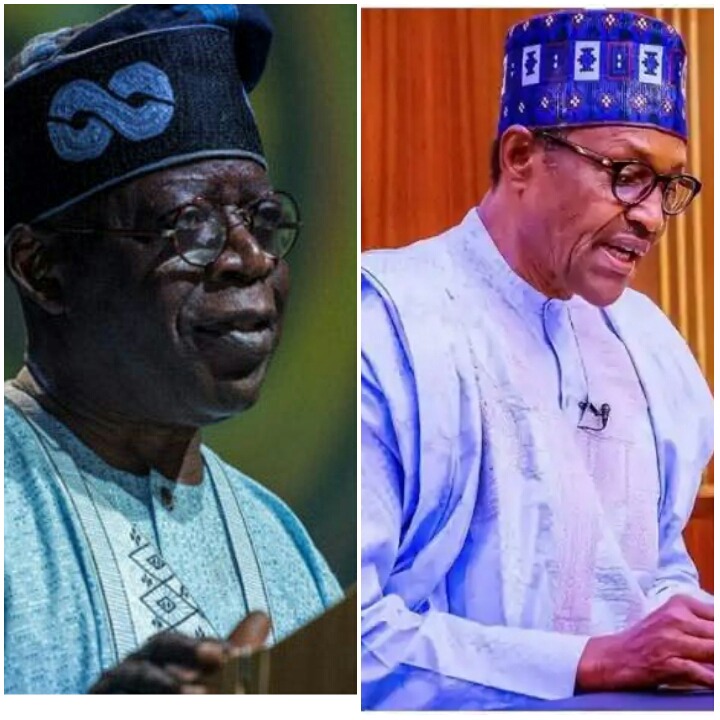 President Buhari vows to assist Chad gain stability, says, “we will help in all ways we can.”

“Nigerians Are Asking Me To Run For President In 2023, My Answer Will Be In Affirmative”_Bello

Governor Ganduje Releases 123 Inmates From Prison In Celebration of the Eid -el-Fitr in Kano State.

Churches ought to stop having customers and start having congregations, Reno Omokri.