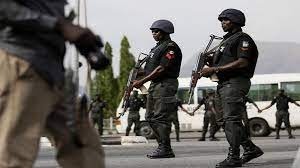 Recall that two monarchs were killed by unknown gunmen in Njaba Local Government Area, Imo state, on Tuesday, October 19. The gunmen invaded the venue while the meeting was going on, and opened fire on the monarchs. Two of the monarchs were confirmed dead, while many others escaped with different injuries.

The spokesperson said that state police command is doing its best, to arrest the culprits.